The Future of Mobile Batteries

What Is the Environmental Impact of a Data Center? 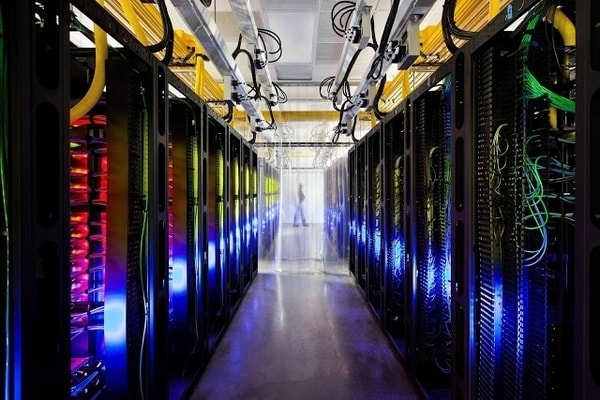 If we were discussing data centers in the past, the size of a data center mattered more than it does today. At one time, the bigger the space you consumed meant the more power you had. Today, a higher density plays a bigger role. Increasing the power consumption means each cabinet can provide the greater performance to those using them.

What Is a High-Density Data Center?

Data centers that use higher power in a compact setup can offer their clients a better deal. If a data center can pack more power into the same space – they can have more clients in the same space. This helps with the data center’s cost for buying or renting a building or space.

The efficiency of a high-density setup also lowers the overall cost of the data center. The more compact the data centers setup is – the easier it is to manage. This saves the data center time and money, which can also result in the client saving money as well.

High-density not only means more power, but it also means that the cabinets are also noticeably heavier. One of the disadvantages of this is the difficulty of moving cabinets. Another disadvantage of upgrading to a high-density setup is having to build a new rack setup that can support the cabinet. A lower density rack can weigh somewhere around 2,000 lbs., but a high-density rack can weigh somewhere around 3,500 lbs.

Another disadvantage of high-density is the added cost of extra power and extra cooling, which we discussed earlier. One of the ways operator’s deals with cooling is by spreading out the load of the cabinets to underpopulated areas of the racks. This solution is not the most efficient because it takes more room within the data center, which means they are not taking advantage of the space saving capabilities of a high-density setup.

As a consumer of a dedicated server in Los Angeles, one of the biggest things one needs to consider for billing and pricing is bandwidth. Bandwidth usually indicates the possible speed the data can be delivered to the customer, but it can also mean how much data is transferred to and from the server within the billing cycle.

Many colocation providers will include a certain base amount of allowed data transfers per billing cycle, which is usually in the form of either allowed GBs per cycle or MB/s.

High-Density Is the Future

There are differing views of the future of high-density data centers. One of the main reasons for this is that with the advancements in technology, the definition of what high-density changes from year to year.

As of 2018, 10kw is becoming the new standard for many data centers. Some hyper-scale facilities are even incorporating 15 and 25 kW racks into their data center. A couple years ago, Vertiv, published an article that had experts predicting setups surpassing 50 kW per rack by 2025.

How to Deploy High-Density in Your Data Center

One of the benefits of high-density solutions is being able to upgrade without needing as much space as data centers needed in the past. High-density racks now make it feasible to use existing space and still upgrade without completely changing the whole infrastructure of the data center.

We will cover the idea of deploying high-density in your data center more in-depth in the next article of this series in our industry insights.