6 Convincing Reasons to Leverage AI in the Data Center

The Decline of Computer Science 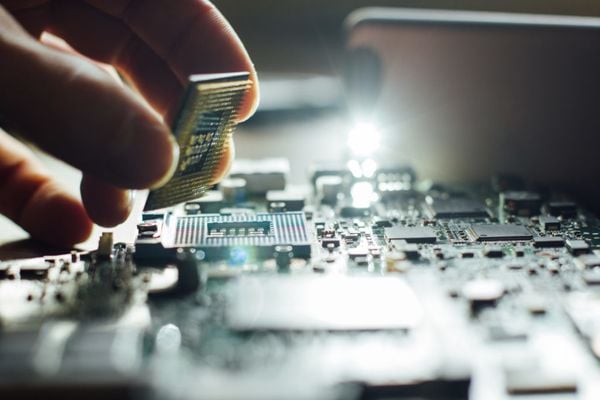 Computer technology is an integral part of our everyday lives, but sometime in the mid-2000s, Universities realized that fewer students were enrolling into computer science programs and the ones that were didn’t know as much about the science of computers as the previous generation. One of the major causes was the lack of easily programmable home computers. Back in the 1980s, people had to program their computers to use them for different things. These kids became a great generation of computer programming professionals.

Computers and its technology are an intrinsic part of the world. It has made our lives incredibly convenient, and it’s probably hard to imagine a life without it. But computers weren’t always easy to use. It was downright complicated. Operating systems have changed the way we use and interact with computer technology. Some may say for the worse. This article will discuss the idea of how home operating systems have made people worse at computer science.

The Decline of Computer Science

There is a significant decline in computer science degrees in the software industry workplace. About 49 percent of developers enter the workplace with a Computer Science degree, compared to over 55 percent just 10 years ago.

Even those who are thinking about getting a CS degree to teach Computer Science as a professional think twice about doing so. There are a couple of reasons why college students are ignoring computer science altogether. First, tenure can bring complacency into the field. Professors who have had their position for twenty to thirty years don’t have the same insight as they once did. Technology may be the fastest-moving field in the world, and professors could be stuck teaching what they learned decades ago.

Many professors who are teaching programming aren’t programmers by trade. Instead, many of them are mathematicians. The combination of this can result in many modern skills being ignored. Undergrad CS curriculum focuses mainly on necessary skills and tends to ignore newer modern skills.

Back in the 1980s, people had to program their computers, which made that generation the computer programming professionals that have continued to advance the field. Because of these helpful and convenient operating systems that they built, we don’t look at computers the same way anymore. Students were going into computer science programs with far less experience. This could be one of the reasons why the Computer Science curriculum focuses on teaching more basic ideas instead of modern advancements. The modern-day operating system has changed the landscape of computers.

The History and Timeline of Operating Systems

In 1977, the Computer Systems Research Group at UC Berkeley released a modified version of Unix called the Berkeley Software Distribution or BSD. This open-sourced operating system helped birth many different versions of operating systems in the future. Apple’s Mac OS was derived from this 1977 BSD.

In 1978, Apple unveiled DOS 3.1, which ran on the Apple II series of computers and would continue to do so for the next 5 years.

In 1984, Apple released a commercial during the Super Bowl. This campaign was a direct attack DOS systems, and the rivalry was born. People soon forgot there was more than the two computing platforms.

In 1985, Microsoft Windows 1.01 releases. This was marketed as a graphical user interface that extended the DOS operating system that would let users run several programs at the same time. In the same year, Atari ST is born running a color graphical user interface. GEM was released by Digital Research. Amiga also appears later this year and offers the first OS with a disk operating system.

In 1987, Microsoft announced its Operating System/2 or MS OS/2. This OS brought the power from Intel’s 80286 and 80386 microprocessors. They changed the name of their graphical operating system a different name, Windows.

1989, Steve Jobs (who was asked to leave Apple four years earlier) releases his OS called NeXTStep. This new OS was derived from BSD and was considered a more aesthetically pleasing interface. He also adds an object-oriented development tool kit. Because of the success of this OS, Apple would ultimately ask Job’s to come back to Apple.

In 1995, Windows 95 was released with an introduction to a 32-bit operating system.

In 1996, Apple released Macintosh System 7.6, buys NeXT from Jobs, and adapts it to its operating system.\

In 2001, Apple lost its old OS core and introduces Mac OS X still using the NeXT operating system as its foundation. In this same year, the Windows XP line begins.

2001 – 2008 brings different versions of Windows XP are released. This brings us into the modern era of Operating Systems.

The recent decline in computer science has encouraged people to try to fix this problem. In 2006, a group from the University of Cambridge created the Raspberry Pi Foundation.

The Raspberry Pi is a small computer designed to improve the skills of the next generation of programmers. It teaches the skills of building a network from the ground up. The device doesn’t come with any peripherals or internal storage space. The user can attach what they want to use. This is very similar to the first home computers where the possibilities are endless.

The Raspberry Pi Foundation focuses on learning and teaching through making. Having more programs like this could help the next generation of computer science engineers.

Operating systems have made our lives easier by not having to worry about programming our systems. The way operating systems have changed the way we interact with computers has also changed how much we know about computers. Because many of the computers we buy come ready-to-go, most people don’t know the ins and outs of what happens within the system. We don’t know how to fix a problem when it occurs, but it doesn’t matter since we can quickly bring it to a specialist. This ease of use further perpetuates the idea that we don’t genuinely need to know these skills. If our concept of computer usage continues down this route, it could be problematic in many ways.

Technology moves fast and is outdated on a yearly, monthly, weekly, and even daily basis. The need to innovate is necessary. We wouldn’t have these new innovations like the world’s most massive hard drive if it weren’t for computer science. We have the advancements we have today because of the computer science engineers and programmers from the 1980s. If we are to continue to innovate and expand in this necessary field, the decline of computer science needs to stop immediately. We need to focus on making this a priority for the generations to come.