How to Fight Fire with Fog inside a Data Center

10 Rules to Follow While Creating the Best Data Management Plan 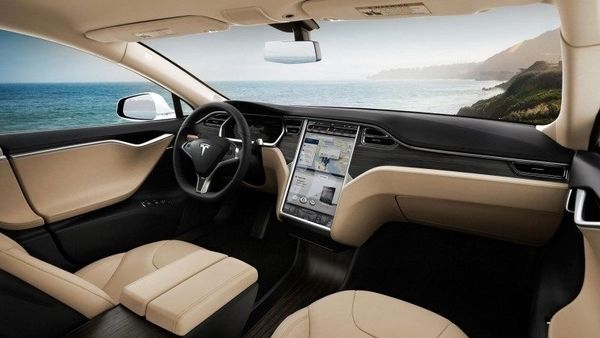 Thirteen years ago Elon Musk and a group of engineers formed a car company in Silicon Valley with one simple goal, “to prove that electric cars could be better than gasoline-powered cars.”

Tesla has made it a policy to log all the data they could from their customers, which is all sent to the cloud to be analyzed with algorithms and software. All of the data they gathered helped them to grow as a company, and become a contender in the automotive industry.

How Tesla Drives Over the Air

In October of 2014, Tesla offered the customers who bought the new sedan model an optional “technology package” for an additional $4,250. It included cameras and sensors that warned the driver about collisions before they happened, but customers didn’t know that Tesla was also using those sensors to gather data from the drivers as well.

After a year of gathering data, in October 2015, these car owners received an Over the Air (OTA) update which gave each of their 60,000 sedans the ability to drive themselves. There was no need to bring any cars into the dealership or even to a mechanic. In fact, there was no need for any human intervention at all. The drivers did not even know their cars could be updated with an autopilot function before it happened.

And, when there was a problem with their cars overheating in 2014, Tesla sent out another OTA to 30,000 owners that automatically reduced the power fluctuations, which had caused the cars to overheat in the first place.

Using their data to respond to issues is what makes Tesla such a unique company. Tesla confirms their differences in a statement by the company, “Tesla is a software company as much as it is a hardware company. That’s a huge part of what Tesla is. It’s the same way you’re updating your phone or laptop: People have come to take it to be normal that your phone and laptop will keep improving.”

With their data-center-driven cars, Tesla can track every car from their data centers, and see exactly when every car implements new software, so they can be sure that a problem has been fixed, unlike cars that need to be recalled en-mass. This means that Tesla might have put an end to the recall for their cars, or as the corporation tweeted, “the term “recall” is outdated. No vehicles are being physically recalled by Tesla.”

Customer Satisfaction in the Driver’s Seat

Tesla also uses big data to improve customer satisfaction. With near-real time information, the corporate office can anticipate and correct problems before they happen. And Tesla does not stop there. They also gather data from online forums, which they host for customers to complain about their cars. They use this data to make improvements to the next car.

This is very different from other companies, which do not have this kind of relationship with their customers. Most companies either do not know how to use the data they have or else they do everything they can to ignore customer complaints. Tesla, on the other hand, has a much more understanding relationship with their customers from the data they gather.

How Tesla Maps the Road Through Big Data

Tesla claims they have gathered data from over 100 million miles with the autopilot software. Now, Tesla gathers so much data, that it logs more miles in a single day than all the miles Google logged with its driverless car program since it began in 2009.

All this data has been compiled in the cloud to generate road maps for driverless cars that are 100 times more accurate than standard navigation systems. These maps record where cars have slowed down for traffic or swerved around obstacles that might not be obvious to the cameras on another driverless car.

With these big data maps, Tesla claims that their cars know the road so well that, “the car should almost always hit the brakes correctly even if a UFO were to land on the freeway in zero-visibility conditions.”

Tesla has said that the data in these maps might eventually be sold to other car companies, or it could even be uploaded into the cloud, where the government could use the data to make roads safer for all drivers.

How Susceptible to Hacking are Tesla Cars?

All of these sensors and updates help make a safer car, but they can also present an opportunity for hackers. In order to demonstrate Tesla’s security flaws, the Keen Security Lab hacked into a Tesla and was able to take over the vehicle’s brakes, the side mirrors, the windshield wipers and the trunk, all while the car was driving at a distance from the hackers. They were also able to open the sunroof, control the vehicle’s lights and unlock the doors while the car was stopped. https://www.youtube.com/embed/lZBSh2fPAHk

This can obviously present a major safety issue, but it is not the first time that a car was able to be remotely controlled by hackers: BMWs, Jeeps, Escalades, Fords, even the Toyota Prius are all susceptible to hacks. Almost any car that has a connection to the internet can be hacked in one way or another. The difference is, these other cars have to be taken to the dealership after being hacked, whereas a Tesla can automatically update software patches to all of their cars before being hacked.

In fact, just ten days after the Chinese security team hacked into the Tesla, Tesla was able to patch the problem for all the cars that would be affected. The update also added a cryptographic key to prevent future attacks. So, any hackers that are looking to get into a Tesla in the future must obtain one of these cryptographic keys, which only Tesla possess.

Tesla has recently partnered with NVIDIA and is using their deep learning technology to improve their car’s ability to learn from their own data, and deal with new data sets that it has never been taught to deal with. “In contrast to the usual approach to operating self-driving cars,” NVIDIA has stated, “we did not program any explicit object detection, mapping, path planning or control components into this car. Instead, the car learns on its own to create all necessary internal representations necessary to steer, simply by observing human drivers.”

Deep learning will help Tesla vehicles see in poor visibility, and respond to a child that jumps in front of your car too quickly, without needing to be programmed to do so.

What Is the Future of Tesla and Driverless Cars?

Will all of these cars sending big data to the cloud, soon they will be able to share that data with all the other Tesla cars on the road, Elon Musk sees a future where:

“When one car learns something, they all learn it.”

Since Tesla has decided to use big data to learn from their cars, it is no wonder they made their cars learn from this data as well. Becoming a data-driven car company may just prove their original argument that electric cars are indeed better than their gasoline-powered counterparts.