Preparing Data Centers for the Effects of Climate Change

Will Data Centers Run out of Space? 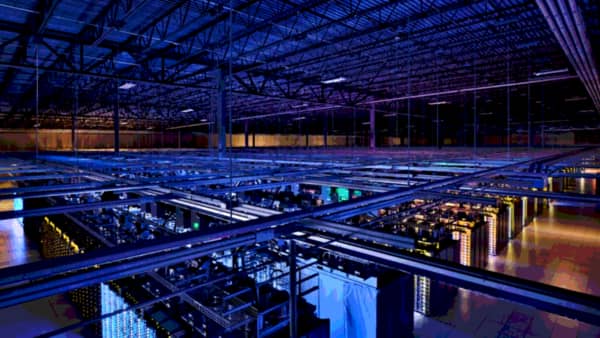 The world revolves around data is an understatement. Have you ever wondered how much data the world is creating and retrieving daily? 1.7MB every second for every person in 2020. 2.5 quintillion bytes are produced by people every day. 463 exabytes will be generated by the world by 2025. 95 million photos and videos are shared every day on Instagram alone. 306.4 billion emails and 500 million tweets are sent every single day. It’s estimated that the world is storing over 1,300 exabytes of data and producing more than 2 exabytes each day. To put this into perspective, 1 exabyte is equal to 1 million terabytes or 1 billion gigabytes. How long can the data center industry keep up with the amount of data the world is producing every day? And what if data centers run out of space?

Although Data Is Digital—physical Space Is Still Required

Technological Advancements Are Causing an Influx of Data

Several different technologies are increasing the amount of data the world is producing. The increase in digital content like streaming services from platforms such as Netflix, Hulu, Disney plus, HBO Now, and Amazon Prime Video are storing and streaming data to most of the world. DVDs and Blu-Rays are no longer the norm.

The network of connected devices known as The Internet of Things is also creating a tremendous amount of data. All of the smart devices in your home including smart home assistants, smartphones, smart televisions, and more are all creating a tremendous amount of data. This is just some of the current technology that produces a large quantity of data, but future technological innovations such as autonomous vehicles will bring our data creation and consumption to a new level.

It’s estimated that these self-driving cars will produce about 5 TB of data every single hour. Autonomous vehicle systems will need to collect and process data in real-time to do their job. Every self-driving car will have multiple cameras around the vehicle, radar and laser light detection sensors, artificial intelligence, and machine learning on-board computer surveying the road, other cars, people, street signs, and traffic signs. 5 TB seems like a tremendous amount of data every hour, but it’s understandable considering all of the things it’s doing in real-time.

If a good portion of the world transitions to an autonomous vehicle the data we will be producing will be immense and the data center industry may need to overhaul the current system for something else.

Is DNA Storage the Answer to Future Storage Issues?

Several different data storage solutions are continuing to be developed that could potentially be the answer to the issue of data center space. The Massachusetts Institute of Technology and The University of Washington has been working on a data storage solution using DNA. They are looking for the best ways to encode, store, and retrieve data from manufactured DNA molecules.

Human DNA holds a tremendous amount of data about what differentiates people from one other. A lot of “data” is stored within our DNA strands. Scientists have been researching the idea of manufacturing DNA and storing our digital images, videos, documents on it instead of traditional data center methods. Storing data within DNA has been thought about for decades now. Original ideas of DNA storage focused on the synthesis of DNA molecules or mapping the sequence of information on the molecules, but the process was time-consuming and pricey. The new approach is decoupling the synthesis process from the encoding process making it more cost-effective. DNA could potentially store 1 million times more than a traditional solid-state drive.

But because the synthesis process and encoding process are separate, storing and accessing the data will be a little more complicated. Data will need to be transformed into a solid pellet of synthetic polymer. To access the data, the pellet needs to be rehydrated by adding water and then read by a DNA sequencer. This type of storage seems more likely to be a long-term storage option. For everyday storage, the process will need to be less complicated.