5 Reasons to Leverage AI in the Data Center

Autonomous Vehicles and the Cost of Data 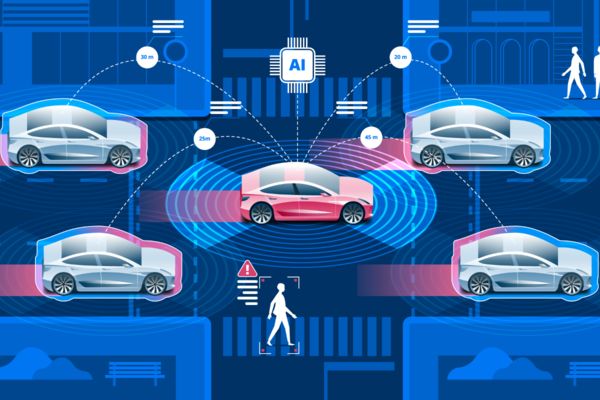 To some degree, the world knows how important data is. When our cellphone plans started charging per gig, most people wanted to make sure they were grandfathered into their old “unlimited data” plan. The cost of data is apparent, but most people don’t understand why. This data has to be stored somewhere and this is where the lack of knowledge starts to take place. Most simply answer, “in the Cloud”, without truly understanding what that entails.

As we continue to use more smart devices, the cost of data will be undeniable. One of the most interesting and upcoming technological advancements will produce more data than any other device we currently own—the autonomous car. We will break down the impact of these types of devices and the cost of the data it will produce.

How Will Autonomous Vehicles Impact Data?

Self-driving cars are coming and when they do, they will be producing an extremely enormous amount of data. It is estimated that each autonomous vehicle will be producing up to 5 TB of data per hour. The number would be while the car is under task and fetching and sending data.

Just like supercomputers, the computer within the vehicle will manage some of this data, while some of the other data will be managed by external facilities, which will process and store the data.

If we think about how autonomous vehicles will work and how they interact with other vehicles, there’s effectively a lot going on. There will be multiple cameras around the entire vehicle, radar and laser light detection sensors, artificial intelligence and machine learning on-board computers detecting the road, other vehicles, pedestrians, street signs, and traffic lights. 5 TB may seem like an underestimation.

What Role Will Edge Computing Play in Autonomous Vehicles?

What are the Environmental Impacts of Self-Driving Cars?

We have explored the environmental impacts of the data center, but we are yet to see the amount of data something like fully autonomous vehicles will generate. Because data centers already have an extremely large carbon footprint as currently structured, these self-driving cars will only increase this. Even before autonomous vehicles, the United States alone is projected to use around 73 billion kWh of power in 2020. Because of this extremely large carbon footprint, some of the biggest companies are looking into using clean renewable energy to power its operations. Apple, Microsoft, Amazon, and Google are taking the lead using either solar or wind power. The soon-to-be environmental impacts that we will see from fully autonomous vehicles will require a worldwide effort.

Is the Data Center Industry Ready for Autonomous Vehicles?

As technology advances, the data center industry will need to ready itself for these changes. Data centers may already be trying to catch up to the growing amount of data being produced by smart devices, streaming services, and social media. Autonomous vehicles will surely change how data centers operate.

Passengers’ lives traveling in self-driving vehicles will depend on bandwidth, so Data Center Interconnect (DCI) needs to improve. Connectivity will be a matter of life and death when it comes to autonomous vehicles. This enormous amount of data that will be generated and received in real-time will need to be seamless.

Colocation will be an important part of a world with autonomous vehicles. While bandwidth is important, a completely latency-free world for autonomous vehicles will require storage and processing to be closer to the vehicles itself. Instead of building more private data centers, co-locating equipment to existing data centers across the country will be the best solution. Colocation will not be the only thing that will help networks become latency-free. Edge computing and Colocation will be an important part of bringing storage and processing closer to the vehicles.

Is Your Wallet Ready for Self-driving Cars?

Not only will autonomous vehicles be expensive, for example, Tesla (which isn’t fully self-driving), has a starting price of $35,000 and can go all the way up to $115,000. Besides the cost of the vehicle itself, users may also need to sign up for a data plan. Only once fully self-driving cars are available, will we see how much data plans will be. Imagine us in the future talking about how we are “grandfathered” into our unlimited data plan for our self-driving cars the same way we talk about unlimited data for our cellphones. This could be a reality.

Data Center Management Must Be Perfect

In the world of self-driving cars, a data center failure could cause major wreckage involving a dozen vehicles or more. This just means data center management needs to be better, and if possible, maybe even perfect. Physical and Cybersecurity needs to be completely impossible to get through. There is no room for any type of error, which means data center automation will play a bigger role in the future. New monitoring software will need to be developed just to allow data centers to keep up with managing the amount of data coming in and making sure nothing goes wrong throughout the day.