Geniuses at ‘Rap Genius’ Get Squashed by Google

Redesigning Cloud Infrastructure with the Emergence of Fog Computing 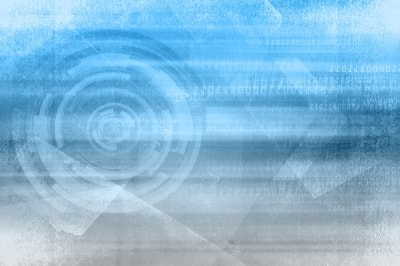 By now, the concept of remote data storage on cloud server farms has become familiar to millions of businesses worldwide. Cloud computing technology enables instant and, more importantly, continuous data access, which has become enormously important in the era of digital documents and online communications.

Even though often perceived as the ultimate computing platform for big data analytics, the cloud does have certain limitations. As the amount of data transferred via the web grows, even this advanced technology may fail to deliver requested data on time.

Therefore, it’s not surprising that an emerging tech concept named Fog computing spreads around rapidly. The Fog introduces several important innovations to the current cloud infrastructure, most important of which are acceleration of data delivery process and enhanced mobile support.

What is Fog Computing?

Over the past year, the notion of Fog captured attention of many IT experts worldwide. Originally used by Salvatore Stolfo, a computer science professor at Columbia University, the term was soon adopted by Cisco Systems to describe a new management paradigm for the Internet of Things.

Fog computing is an extension of the existing cloud technology, which focuses on geographical data distribution. The Fog technology uses local devices and sensors at the edges of the network to make data physically closer to end-users. The cloud remains the analytics platform but by linking data to multiple sources, it becomes faster and more efficient. Namely, the local devices connect through local gateways and edge networks to the cloud, wherefore local administrators can offer better location-based mobility support.

How does the Fog expand the cloud’s potential?

The primary purpose of introducing the Fog system into the way cloud normally functions is to eliminate possible latencies in data distribution. This is especially important for mobile device users, who increasingly request data access from their local devices and stream even some bandwidth-heavy applications from the cloud. The Fog distributes data in such a way that it is easy to stream them to virtually any device at any time.

Considering the fact that more than 60 percent of the US citizens use smartphones and tablets for their daily professional or personal activities, it makes sense to enhance mobile support. The centralized space created by the Fog model enables fast and seamless data delivery, while the in-depth analysis remains the task for cloud data center. Thus, the edge device can selectively send data to the cloud, saving the sensor network traffic and providing quick response to end-user.

Obviously, the idea of new computing model isn’t to replace the existing cloud technology but to extend its potential. The passing decade has brought about massive growth of cloud technology adoption and it seems natural for the cloud to keep developing. Perhaps not many people expected a new tech buzzword so soon but the Fog is definitely something worth discussing and deploying.

My name is Goran Bogunović, I’m a blogger, Technoholic, and online marketing consultant for a number of Australia-based tech companies. Currently I’m exploring the possibilities of VPS hosting.