5 Ways Your IT Support Can Boost Your Bottom Line

The Internet of Things: It Will All Get Hacked 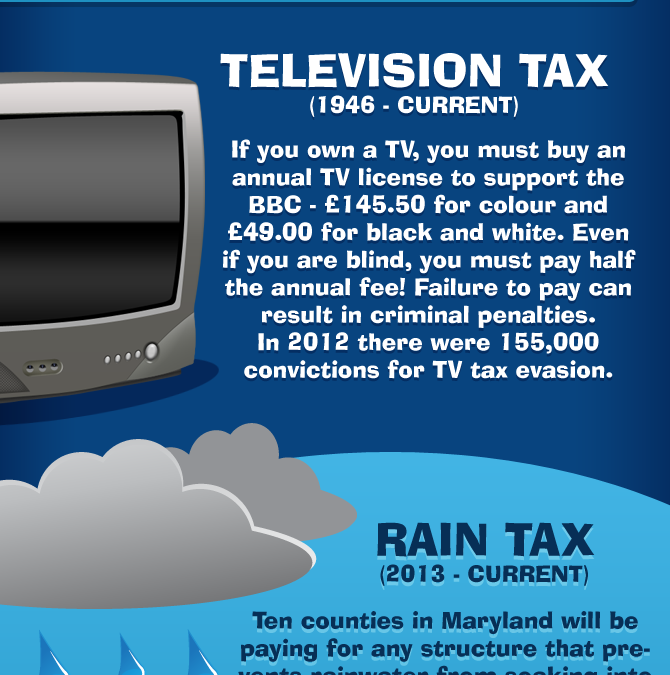 Crazy and Unusual Taxes Around the World1

Don’t even think about getting a sliced bagel in NYC…

Taxes are a fact of life; an inconvenient fact of life. Sometimes it seems like there is a tax for everything. Where does it stop?

Actually, the taxes we deal with on a day-to-day basis might be more reasonable than we think. In the past, countries across the world have levied taxes on some quite unusual items and services, and some especially strange taxes still exist today.

Thankfully for us, the world of information technology hasn’t been subject to much taxation. Internet professionals can thank the Internet Tax Freedom act of 1998 for that. The bill declares the internet to be a public resource, which can never be taxed by local or federal municipalities, and it was signed into law by President Bill Clinton.

The internet has, since the late 1990’s, been a growing source for connecting the world, building a business, buying affordable products and more – it’s a thriving economy on the world wide web. In violation of the Internet Tax Freedom Act, various governments have resolved to restrict internet access or domains, while others yet have attempted to collect tax from online retailers. Last December the Supreme Court refused to hear a case that could have forced online retailer giants such as Amazon and eBay to collect sales tax. This is a multi-billion dollar issue, but the 1998 law still stand for now. Even though the federal government doesn’t collect sales tax for online purchases, all but 5 states collect sales tax for purchases, whether online or not.

Aside from the internet, plenty of other products and professions have seen some pretty crazy taxes. From rainfall and televisions to wallpaper and sliced bagels, governments and politicians know no limits to what can be taxed. Check out the graphic below that shows the world’s most bizarre taxes and how they came to be.