Hackers Access Power Plants in US and Europe, Freak Everyone Out

Wishing SF and SJ a Happy Marriage (of Wi-Fi Networks) 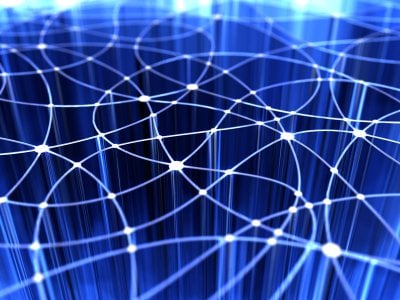 connectivity in the workplace

When two cities love each other, they make a commitment to stay together forever and share their lives with one another; what’s yours is mine and vice-versa. Well, that’s what happened when San Francisco and San Jose have decided to merge their public Wi-Fi networks. Till hackers do us part, right?

Using the Hotspot 2.0 technology, SF and SJ will merge their networks under one comfortable, warm, secure Wi-Fi blanket that allows end-users to seamlessly go from city to city without having to log into a separate network.

Hotspot 2.0 acts as a cellular network of sorts, as your device automatically connects without you knowing it. Rather than having to select a network, enter a password if applicable, or go to a confirmation splash page to connect, Hotspot 2.0 essentially downloads its information onto your phone over-the-air and then BAM—you got Wi-Fi. Think of it like connecting to your home router—it’s just automatically recognized and connects.

What about security? Public Wi-Fi is susceptible to all kinds of potential threats, mainly due to the fact that it’s public and people are horrible, but Hotspot 2.0 circumvents this by using an encrypted WPA2 connection. Hotspot 2.0 takes that pesky, unsecure, public Wi-Fi connection and tells it to scram. Again, just like your home router.

San Francisco and San Jose are merging their networks in a virtual sense under the Hotspot 2.0 banner, allowing for easy roaming for citizens of the cities. That’s the future folks: one secured, gigantic, nationwide Wi-Fi network that runs through major cities, allowing you to connect without any hassle and without worrying that everything you hold dear will be stolen by jerks online. While it may take a while, if the experiment goes well in SF and SJ, expect it to expand beyond the Silicon Valley. In fact, San Francisco Department of Technology CTO Flavio Aggio (great name) said that he’s already in talks with other cities to merge networks. Leave it to San Francisco to be polygamous with their Wi-Fi love.

The only downside is that Hotspot 2.0 is currently only good on iPhones and iPads due to them allowing for automatic configuration of the iOS Passpoint client. When you initially connect, you’ll be asked to download the Hotspot 2.0 network settings and once you do that the first time, you never have to do it again. Ever. Anywhere (that has Hotspot 2.0). Android users can manually adjust their settings to connect to the network, but would need to do that each time they connect until the OS software is updated.

Still, I wish SF and SJ a happy and healthy marriage (of Wi-Fi networks). Anyone want to go halfsies on a toaster?