Life after Death in the Digital Age

A Guide to Choosing Your Data Center Host

Silicon Valley Wants to Become Its Own Autonomous Zone 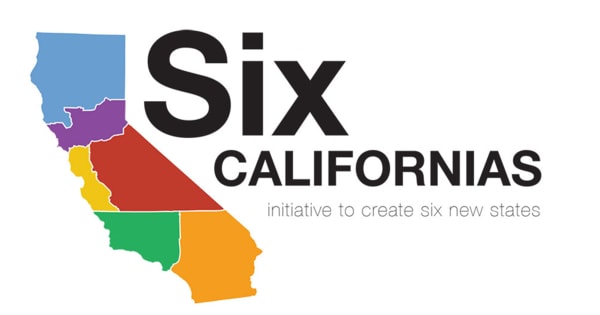 You’ve heard the old adage, “Money doesn’t buy happiness,” but apparently it does buy you the ability to hire people to think that your dumb ideas are genius.  That’s why the bazillionaires of Silicon Valley—the Venture Capitalist’s, the Mover’s, the Shaker’s and the rest of the start-up gangs—want to form their own autonomous zone in the United States where they can do whatever their rich, idiotic heart’s desire away from things like governments and rules.  Ewww, who needs ‘em!

This isn’t a new idea, by the way, it’s just more of an updated one.  First, the idea started out with breaking California up into six, separate states, with one being specifically for the richies in Silicon Valley.  That’s silly, but now the idea is getting a little more grounded in reality, if your reality is having gazillions of dollars to spend to make your own autonomous zone inside Silicon Valley.

Here’s a response from bazillionaire Balaji Srinivasan, who is one of the supporters of the autonomous zone, after being asked on Twitter to expound on the idea (resist the urge to punch a hole through your computer monitor):

“Just like the Amish live nearby, peacefully, in the past – imagine a society of Inverse Amish that lives nearby, peacefully, in the future. A place where Google Glass wearers are normal, where self-driving cars and delivery drones aren’t restricted by law, and where we can experiment with new technologies *without* causing undue disruption to others. Think of this like a Special Innovation Zone similar to the Special Economic Zones that Deng Xiaoping used to allow China to experiment with capitalism in a controlled way.”

Sounds like a place you’d never want to visit, right?  Also, I don’t think he understands how the Amish actually live.  Correct me if I’m wrong (I’m not), but I’m pretty sure if you live within the United States, regardless of whether you’re Amish or a rich b-hole, you still have to abide by the laws of the good ol’ USA.  I understand his reference to the SEZ’s of China, but they also still abided by Chinese laws and regulations and adhered to the Chinese government—good try, though.  But please, if this becomes something that actually happens, can we all agree to call them the Inverse Amish?  That sounds like the worst nickname ever, especially since they’d probably try to get something other than ‘Inverse Amish’ to stick.

So say their dream becomes a reality and they get their wish of autonomy inside the US, free from regulations and laws and the gubberment.  Before they go about spending billions on Snapchat and wearing Google Glass and not driving cars, there might be a few concerns to look at, for instance:  Who is going to cook, clean, stop crime, stop fires, unclog drains, teach their children, wash their clothes, provide electrical, water and gas power (remember, autonomy!), build their houses, repair roads and buildings (autonomy!), and grow and supply their food?

I’m sure they can just create an app or something and then invest billions into it without it producing anything.