Envisioning the Data Center of the Future: Smaller, Distributed, Agile 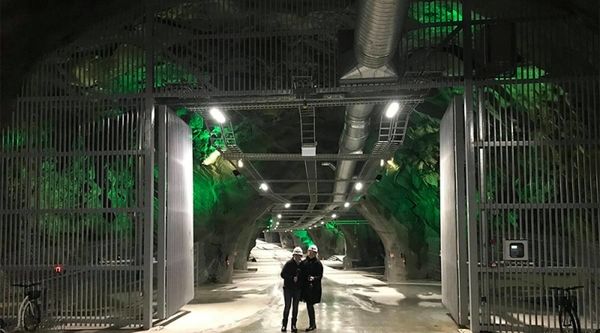 The twentieth century was a time of significant technological progress for the human race. From the first flight to the moon landing to the internet, a single lifetime was enough to witness stupendous changes to the world. At the same time, nations perceived threats of conflict from each other. That’s why many locations around the world saw the construction of subterranean bunkers for people to inhabit for extended times.

The original purpose of these bunkers was the safety of people from any conflict on land. If you’ve seen the 1999 romcom Blast from the Past (Brendan Fraser, Alicia Silverstone), you have a good idea of their intended purpose. However, in the 21st century, such major military conflicts are not likely to occur. The bunkers got abandoned for a while. https://www.youtube.com/embed/Bvf00GEiZFYWhy shouldn’t we put these bunkers to good use, now? That’s what smart people from the IT industry have started doing. Yes, now these shelters are increasingly used to store the machines that keep our digital information. Besides this, there are abandoned limestone mines, peppered around globally which are also candidates for use as modern data centers.

The original designs had to be altered to ensure that the machines don’t heat up and comply with the safety and security standards. Why go through the trouble of constructing a subterranean data center when we can use ordinary buildings? Let’s consider the practical benefits of the underground placement.

Instead of constructing a building from scratch or occupying space in an existing building on a lease, it is far cheaper to use an abandoned bunker or mine to operate a data center.

Data centers range in floor space requirements. For some, a few tens of thousands of square feet may be enough. Nevertheless, for more significant operations, even a million square ft. may be necessary. Underground data centers can provide leasable floor space within this range.

A regular building may charge $55-$65 per square foot as rent.

A mine or bunker, on the other hand, is an existing space that is built of sturdy materials with tried and tested designs. Some modifications may be required to alter the area for operational specifications. This work can go on for years regardless of the weather on the surface.

Once the initial architectural adjustments are made, you can start the wiring and placement of the machines. The whole process is much quicker. In addition to this, the maintenance costs are less, which leads to lower per square foot rental costs for the customers. With regards to construction permits, local authorities are less bureaucratic when it comes to subterranean structures.

Underground data centers can provide a useful perk that traditional data centers lack. Any company wishing to keep the location of its data center a secret would do well to deploy a secret location.

Buildings are usually located in public areas where information can be obtained about what is found inside any particular structure. On the other hand, there won’t be any foot or vehicle traffic next to an underground data center. Deliberate sabotage becomes much more difficult when the data is not in a traditional building.

Even if secrecy isn’t a goal, every data center needs to meet stringent security standards. This is easier to implement in underground locations. Usually, you won’t find signs elaborating on what is located inside a subterranean location. Multiple layers of physical security such as guards, ID checks, document/authorization checks, and inventory checks are performed regularly. Technology is also employed to grant access using only biometrics.

While in a traditional data center, someone may gain unauthorized access through points of entry that are only open to maintenance/custodial staff, in an underground data center the original layout prevents forced entry or CCTV blind spots.

If you know anything about data center services, you understand how critical uptime is. Most data hosting providers promise 99.99% uptime. To deliver this guaranteed service, level data centers need to be as sure of the power supply as the sun rising from the east.

Subterranean data centers deploy generators, uninterrupted power supplies, power distribution units, remote power panels, and programmable logic controllers. As these units are located underground, they are not exposed to the elements and remain calm during summer and protected from rain and snow as well.

Technicians and engineers find it easier to maintain equipment underground and respond quicker in case of a fault or breakdown. The systems have full redundancy. So, in case a unit shuts down, other equipment can pick up the load. It’s not unusual for underground data centers to generate power in the megawatts.

Major internet service providers partner with underground data centers to lay down the fiber lines for connection to the World Wide Web. For a while now the broadband connections have been based on underground optic fiber cables.

Well, underground data centers are more efficiently served because they’re at the same height as the data transmission lines! There is no need for miles of extra wiring that is necessary for data centers in traditional buildings. That saves cost in terms of cabling and fixtures, which simplifies troubleshooting and repairs.

The cabling process will also be completed much faster than for a traditional data center, thus saving labor costs, and enabling quicker operationalization.

Academic studies show that 50% of a data center’s energy consumption is for cooling.

The energy consumption reduction in air-conditioning and mechanical ventilation (ACMV) system of underground data centers is a significant incentive for companies to use underground colocation facilities.  The hotter and humid a place is, the higher the advantage of the subterranean placement of data centers.

Putting whizzing and whirring machines in a confined underground space will raise the temperature so to prepare any such facility for data center operations, ventilation pipes have to be drilled vertically or horizontally.

Overall, you save on energy costs in underground data centers.

The Future Is Underground

Fortune 500 companies and governments are already utilizing underground data centers. Currently, most such colocation facilities are in the United States and Europe. However, subterranean data centers are expected to launch all over, especially in hot climates.