This Week in Getting Hacked: Florida Man Stops Ransomware Edition

Then vs Now: Virtual Realities 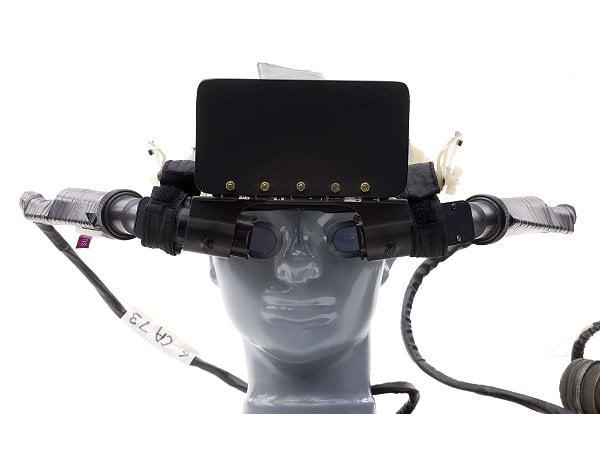 Welcome back to our favorite trip down nostalgia lane, Then vs. Now, where we take a look at the past, present, and future of our favorite technologies. This week, we’re working under the assumption that this world sucks and we want to get out of it, so we turn to alternate realities…VIRTUAL REALITIES and how it got started and transformed into the potential success story that it is today. So strap on your Nintendo Virtual Boy and let’s take a stroll down a virtual memory lane.

How the 1950s Shaped Virtual Reality

It’s funny that we think of VR technology as a recent development, but it has its roots all the way back in the 50s, as a filmmaker named Morton Heilig developed the Sensorama (patented in 1962), a machine that had an immersive 3D viewer, a vibrating seat, and a smell generator.

Heilig wanted to turn movies into crazy interactive things, which is pretty cool, especially if you’ve ever been privy to the 4D Nightmare Before Christmas showing. Here’s Heilig himself talking about the Sensorama:

The 60s moved virtual reality forward and more people began jumping into the VR game. Heilig continued his work, developing the Telesphere Mask—the first head-mounted display—in 1960. Not as interactive as his Sensorama, the Telesphere Mask however marked a move towards smaller, more easily handled machines.

In 1968, Ivan Sutherland—a renowned computer scientist from MIT and Harvard and a bunch of other places that smart people learn—developed The Sword of Damocles along with the help of his student Bob Sproull. It was a scaled-down version of the Sensorama—and by “scaled-down”, I mean “hung from the ceiling because it was too heavy to hold up with your weak neck”.

The graphics displayed by the Sword of Damocles was in wire frame rooms and objects, so it wasn’t quite the groundbreaking VR we know today, but at least you didn’t have to strap yourself in!

While Heilig and Sutherland were making waves in the commercial VR field, Tom Furness—a military engineer—was being contracted by the Air Force to develop a virtual reality flight simulator at Wright-Patterson Air Force Base in Ohio.

Nothing to see here. Move along.

The 80s saw a giant boom in commercialization and in Furness’ flight simulators. By 1982, Furness finished developing the Super Cockpit and the military scooped that up and ran with it.

In 1987, Jaron Lanier, founder of VPL Research, popularized the phrase “virtual reality”, and with it, the commercialization of various VR products. His company developed and sold the Dataglove and the EyePhone, which sold for $9000 USD, and $9400 USD, respectively. Lanier and VPL Researched authorized the use of the Dataglove technology by a toy company named Mattel, who would later develop the Power Glove. Just listen to this satisfied customer of the Power Glove:

How Nintendo and SEGA Failed VR in the 1990s

This is when things really start to take off—a bunch of companies jumped on the VR bandwagon, most noticeably in the entertainment market. The Virtuality Group developed a ton of VR arcade machines, ushering in an age of VR entertainment. In 1991, SEGA announced the SEGA VR headset for arcades and the Mega Drive/Genesis consoles, a head-mounted system that improved upon previous HMD’s by adding LCD screens, stereo headphones, and intertial sensors that tracked movements. Unfortunately, the device never reached the masses due to development difficulties.

Nintendo was also riding the VR wave by releasing their Virtual Boy console in 1995. The Nintendo Virtual Boy was the first portable console that could display 3D graphics. In addition to a VR headset, the Virtual Boy also came with a controller, however, the console was a gigantic flop despite numerous price cuts. People didn’t want to look at black and red 3D models while having a gigantic, heavy headset attached to their face. Here’s a sampling of Virtual Boy’s gameplay:

Not much to see here besides Google’s development of Street View, which provided 3D stereoscopic views of real life places. Pretty important for the development of augmented reality.

Why Virtual Reality Is Finding Its Legs Today

Here’s where things get really interesting. The development of the Oculus Rift by Palmer Lucky and the folks at Oculus VR and its acquisition by Facebook for $2 billion USD ushered in the validity and future of VR systems and headsets as well as augmented reality systems. After Oculus’ popularity soared, tech and entertainment companies like Sony, HTC, Samsung, Google and more have all developed their own VR headsets.

VR has also introduced the concept of augmented reality, which overlays graphics/games/settings/etc., over the top of real life scenery. While Google-developed (later Niantic) Ingress was one of the first major players in the augmented reality realm, you might’ve heard of a tiny game called Pokémon Go which has taken augmented reality to a brand new level of real-world immersion and popularity.

It’ll be exciting to see if virtual reality can stay relevant and become a popular entertainment medium rather than just a sideshow act. VR is hoping it can become the new smartphone rather than the next 3D TV.

Thanks for taking a trip down memory lane with us!
Share