Is Data the New Oil That Fuels the Domain of Analytics and Marketing? 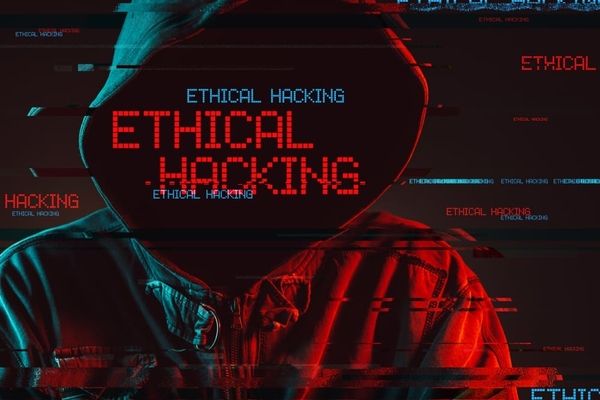 The term ‘hacking’ and ‘hacker’ first originated in the 1960s at MIT. Since then, the word has developed into a separate discipline for the computing community.

The word ‘hacking’ brings to mind illegal access to a secure location. But did you know that even hacking can take on an ethical twist? In the article, we’ll discuss the details of what is ethical hacking, its importance, benefits, and types. https://www.youtube.com/embed/1Gti2emO-uk

What Is Ethical Hacking?

The literal definition of the term ‘hacking’ implies finding vulnerabilities in the system firewall and exploiting them to gain illegal access to perform malicious activities. Hackers who can bypass the security can delete or steal sensitive information that can damage the company or individual.

Ethical Hacking, however, is a legal variation of hacking. Companies hire computer experts to test system security, identify vulnerabilities, and provide analysis on how to improve the firewall. It is also a way for government agencies to identify and locate potential threats to national security.

Individuals who have permission to hack the computer systems are referred to as ‘ethical hackers.’ They are certified to hack as per the clients’ instructions. After the vulnerabilities are identified, the hackers present a ‘maturity scorecard,’ which states the level of risk, the number of loopholes in the security, and suggests improvements.

Contrarily, there is a lot of controversy on the topic of ethical hacking. Many believe there is nothing ‘ethical’ about hacking. However, with the growing cybercrimes, there is an evident need for organizations and governments to ensure their cybersecurity is foolproof. That brings us to the importance of ethical hacking and its use in the cyberworld.

Types of Ethical Hacking and the Types of Hackers

Ethical hacking and hackers are further classified into different categories based on the goal of the hackers. Let’s see the variety of hackers and ethical hacking before we go into its importance and benefits.

White hackers are what you call ethical hackers. They have an organization’s consent to hack into its system and detect any vulnerabilities in its security before any third-party tries to gain unauthorized access with malicious intent.

Grey Hackers are somewhat on the dividing line between white and black hackers. They gain unauthorized access into the company’s system for fun with the intent to highlight the weaknesses and exploit them for a bounty.

Black hackers are those who hack with the intent to harm the company and steal sensitive information. It’s illegal because it violates the organization’s privacy and can damage the system.

As the name suggests, suicide hackers are not concerned with the consequences of their hacking and aim to damage the company irrevocably. They are also referred to as hacktivists.

Network hacking implies the use of tools like Telnet, Ping, Netstat, Tracert, NS lookup, and more to hack a network system with criminal intent.

With website hacking, hackers gain unlawful control over the webserver and its related software, including databases and other interfaces.

Computer hacking is primarily unauthorized access into a computer system after stealing User IDs and passwords.

Hackers use unlawful means to recover passwords stored or transmitted by a system.

It is gaining unauthorized control of an email account and using it to send out spam emails, third-party threats, and other unlawful, harmful acts.

State-sponsored hacking is a way for governments to secure intelligence information about enemy states, influence politics, and more. In the era of international conflicts, the threat of cyber-terrorism, and terrorist groups funding cybercriminals, national security is continuously at risk.

Additionally, with the exponential rise of cybercrimes, agencies and businesses also need a way to counter the growing threat. Vulnerabilities in security leave the company systems susceptible to malware. Viruses, ransomware, worms, and malware are doubling in number, with the advancing technology, making ethical hacking a necessity.

Ethical hacking allows organizations to combat unauthorized access. As the hacker has no prior knowledge about the company other than what they are informed, it also provides an unbiased analysis of a company’s security architecture. Ethical hackers have to highlight loopholes in system security, test entry points, priority targets, and more. Furthermore, ethical hackers also devise strategies to safeguard sensitive information for companies, defense contractors, and government agencies.

Ethical hacking helps identify the weaknesses in the company firewall or your software security. It helps you look at your security from the hacker’s perspective, giving you the chance to fix any anomalies before it is detrimental to the company’s success.

Despite the controversy behind the topic, ethical hacking helps organizations and nations protect their data from enemy hands. The many benefits and importance are proof that with the growing digitalization, advanced security measures are needed to strengthen cybersecurity.

I hope the blog helps you understand all there is to know about ethical hacking!

Olivia Marie is a digital marketing specialist at Cubix who enjoys creating content on intriguing topics, including Blockchain, B2B business models, mobile, and software development, and more. She is a passionate writer and an active tech enthusiast.