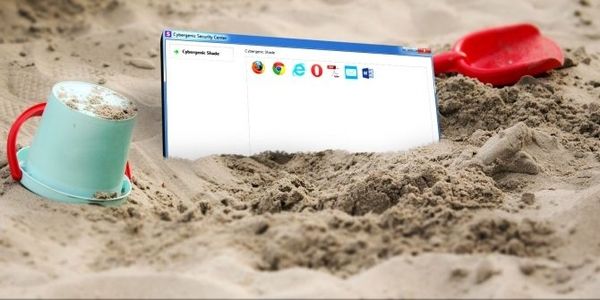 The computer infrastructure you are using is a complex environment. If you have ever been hesitant to install new software, an application, or afraid to run a new file onto your system thinking it may destroy your current computer environment the newly introduced Windows Sandbox can be a lifesaver. Virtual Machines or VMs (which we will go over later in this article) have been around for quite some time and have been the go-to for these situations, but Windows Sandbox may be a more accessible alternative.

What Is a Sandbox?

Sandbox is a temporary isolated desktop environment where users can run untrusted or even just new software to test out before running it on their actual host environment. This eases the fear of negatively impacting your computer. Any software or application installed onto Sandbox stays there and will not affect your host. Because Sandbox is a temporary environment, as soon as the program is closed everything will be deleted and you can begin another test when you reopen it. Because it is temporary and doesn’t save any files, users don’t need very much space for the program.

There are a couple of different third-party Sandbox programs available including Sandboxie, Shade Sandbox, BitBox (Browser in the Box), Bufferzone, Toolwiz Time Freeze, Shadow Defender, Create a Virtual Machine, and more. These apps are known as light virtualizations. They still run on the host operating system (although in a limited way).

How to Use a Virtual Machine as a Sandbox?

A Virtual Machine is a computer file that creates a virtual computer within your computer. It also runs in a separate window (just like any program), and within that window is a virtual desktop environment. Inside of the window is a separate environment that looks exactly like your desktop, which users can test new software and applications without risk to your host.

Sandbox and Virtual Machines have enough similar characteristics, which is why some get the two confused. When you run an application within Sandbox, it will have access to everything outside of the program but Windows applications do not see the changes you are making. For example, if you download a virus or malware within the Sandbox, it will be discarded once you close the application.

A virtual machine is an application that replicates a completely separate computer. Inside of the Virtual Machine, applications are able to access everything around it including your host. The Virtual Machine does this by creating a copy of Windows. All changes that are done within the VM environment gets saved onto the VM hard disk. The VM includes its own set of drivers, which behave the same way if it were actually accessing real hardware. Because VMs create an entire copy of Windows and requires its own set of drivers, it also needs more space than a Sandbox.

Larger companies are already using these disposable VMs to optimize their systems. Netflix uses disposable VMs to test for failure. In fact, they purposely build their applications assuming they will fail. They deliberately sabotage certain parts of their infrastructure to test how it will fail. These tests help the team understand its own resilience so they are ready when a problem may occur. And since many of these failures are happening within a controlled environment via a disposable virtual machine, their overall infrastructure is safe.

What Is Windows Sandbox?

We mentioned some of the other Sandboxes that fall under the light virtualization category. But Windows has created its own Windows Sandbox. This official Sandbox from Windows is still an isolated, temporary, desktop environment that can test untrusted software and help developers build new software. This new program comes with Windows 10 Pro and Enterprise. Users do not need to download a virtual hard disk (VHD) as they once did with the other Sandbox programs. It is pristine virtualization. Every time Sandbox runs, it’s as new and clean as an original brand-new installation of Windows. It is also a disposable environment. Nothing gets saved onto the device. As soon as you close the application, everything is erased and you can start over with a completely new Windows install. Windows Sandbox is secure and uses hardware-based virtualization for kernel isolation. It requires Microsoft’s hypervisor to isolate it from the host. It is also an efficient system using a virtual GPU, an integrated kernel scheduler, and smart memory management.

Just as bigger companies including Netflix are using disposable virtual machines to test their systems, other company IT pros and software developers can use Windows Sandbox to test new applications and open untrusted files into a virtual environment to see how their current system reacts to it as well. Smaller companies can learn from these larger companies in regards to how to test their system. It is easier and more cost effective to simulate failure than to have it be a surprise. This way your team will be ready for anything that comes their way.

In the past, many people used cloud services to replicate their systems giving them a virtual cloud Sandbox. These replicas allowed users to test their production environment without accidentally destroying their host system similarly to Sandbox software. Could Windows Sandbox, which is already built-into their Windows system, make the use of cloud Sandboxes obsolete? People will continue to use cloud services for network backups, remote resources, and saving space on their personal servers. But only time will tell if cloud Sandboxes have had their time in the sun.

Disposable VM Sandboxes have been around for some time now, but Windows has made this technology more accessible to everyone. Users do not have to download a VHD or use a cloud Sandbox since it comes with Windows 10 Pro and Enterprise. Users can test new software, unknown files, and see how it interacts with their system without risk of damage to the host. Windows Sandbox virtual machine should give users the peace of mind to try new things onto their system without system failure. We can all take a note from bigger companies in the idea of a planned failure will be less costly than one that is not. Disposable virtual machines will be a big part of the technology industry currently and in the future.