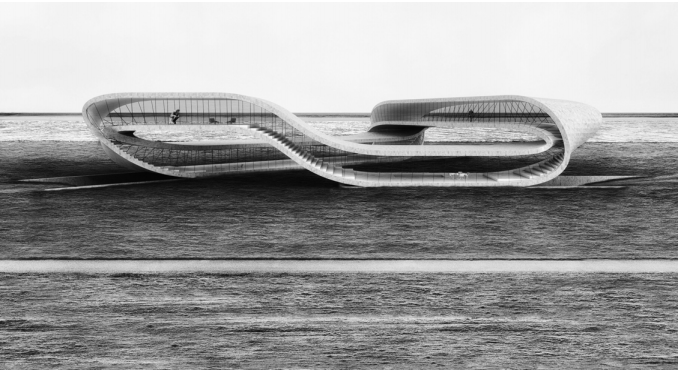 3D printing is challenging all conventional building techniques. 3D printing has been around since the early 1980’s and is used by development engineers to produce specialized parts for building construction. Dutch architect, Janjaap Ruijssenaars wants to create a house using a 3D printer. Is the current technology up to the task?

3D printing, otherwise known as additive manufacturing, is challenging all conventional wisdom regarding how objects are created.

3D printing has been around since the 1980’s and is used by development engineers to produce specialized parts for building construction.

Ruijssenaars vision is to build the Landscape House using an industrial sized 3D printer. Current manufacturers state theta technology isn’t up to the task. By using reinforced materials to aid in construction Ruijssenaars claims Landscape House can indeed become a reality by 2015.

This is perhaps the most perplexing aspect of 3D printing; how does it work? 3D printing (or Additive Manufacturing) relies on CAD (computer aided design) inputs and then transmits the digital data into a printer. The printer then feeds a raw material ( like nylon or sand) into a binding material to sequentially build up the 3D object layer by layer. Sounds like something out of a Sci-Fi movie right? Fact is, the price of 3D printers are coming down and are sure to find their way into our homes sooner than we think.

Ruijssenaars and his team of architects hope to raise awareness about the possibilities of 3D printing and how it can change the way we construct buildings in the future. 3D printing is a definitive departure from other forms of manufacturing that either uses cutting, welding or injection molding to extrude a 3 dimensional object.

The Future of 3D Printing

So what does the future hold for 3D printing? If Ruijssenaars is successful in constructing a real-life version of Landscape House, 3D printing has the distinct possibility to change the way we build houses forever. If the price of industrial grade 3D printing comes down, building our own houses might be cheaper than ever imagined.

Although the cost of Landscape House is estimated to cost between $4 and $5 million, 3D printing still has a long way to go. Back in 2011, development engineers in England successful created a bike using 3D printing techniques. The bike was only a prototype but the engineers were successful. Check out the video below to get a better idea of how 3D printing works. Would you design and print your future dream house or bicycle for that matter? I know I would, so long as it passed specific quality control standards.