Wishing SF and SJ a Happy Marriage (of Wi-Fi Networks) 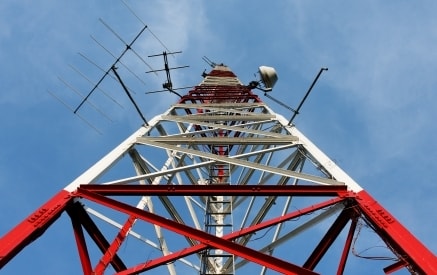 Perhaps you’ve heard one of the hottest buzz words floating around cyberspace: 5G. Many can’t quite define it, but everybody’s talking about it. The notion of 5G network holds many possibilities for consumers and our new age of technological brilliance.

Wireless technology began its majestic unfolding in the 1980s, when 1G wowed analog phone users with its seemingly miraculous power. That magic evolved to 2G in the 90s, when voice data became all the rage. The early 2000s saw the rise of 3G, otherwise known as high-speed data transmission. Video transmission via 4G is wireless technology’s latest phenomenon, but impatient tech lovers are already salivating at the possibility of 5G. It’s only a pipe dream so far, but experts predict that 5G will soon become a reality.

What exactly is 5G, and what does it mean for consumers? Here’s a look at the benefits we’ll gain from 5G when it becomes a reality in about five years:

We’re a culture that constantly feels “the need for speed.” With 5G, we’ll get it. Because mobile technology operates within the spectrum of 600 MHz and 3 GHz, however, 5G will also be confined to that limit.

The way 5G uses this finite spectrum will be more efficient than ever before. Wireless science has already found a way to do more with less: Consider MiMo technology, the multiple input/multiple output phenomenon that makes use of many antennae to service multiple devices. One year ago, Samsung introduced a MiMo product that could convert one gigabyte per second. This jaw-dropping speed sets a lofty precedent for the 5G of tomorrow.

Experts predict that with 5G, a phone like the HTC One M8 smartphone on networks such as T-Mobile could download a film of 800 megabytes in just one second. What’s more, this download could theoretically take place in a vehicle moving at a speed of 300 miles per hour. Mobile speed capacities are expected to double when 5G finally hits the shelves.

Today’s cell phone plans are more convenient than ever, but coverage can still be an issue when you travel to areas that aren’t on your plan’s map. It’s a fact of life, at least for now, that signal strength varies depending on where you are geographically. If 5G expands MiMo function to include more than just improved download speeds, coverage areas could expand as well — an attractive feature for today’s on-the-go wireless consumer.

In order for this type of expansion to happen, phone manufacturers would need to outfit their products with multiple antennae. Right now, the average phone can’t realistically house more than two antennae, according to Royal Institute of Technology professor Jens Zander. Innovators will have to think outside of the box to find ways to fit the necessary equipment into the world’s beloved palm devices.

Society’s progression to 5G will be different than our previous four progressions, according to researchers from Cornell University. It won’t be a straightforward “incremental advance,” but rather a tying together of existing innovations to yield an even more powerful product. The result for consumers will be, among other things, a “seamless user experience,” according to the researchers.

That’s not to say that 5G won’t be a phenomenal blessing to consumers. When this technology reaches its height, it will be due to unprecedented achievements in wireless intelligence and flexibility. Consumers will reap the benefits.

The Race to the Top

Consumers in America and Japan can expect to see normalized 5G service by 2020, but consumers in South Korea and the EU are likely to get the technology even sooner. The two regions recently announced their joint effort to establish a definition and rollout timetable for 5G by 2015. Commissioner Neelie Kroes says that once South Korea and the EU get the ball rolling, 5G will become the digital economy’s “new lifeblood.”

The highly anticipated 5G wireless experience is almost here. No one knows for sure what it will look like when it arrives, but when it does, one thing is for certain: People are going to fall head over heels for this next big step in the evolution of wireless technology.