The Future of Storage: HDD or SSD? 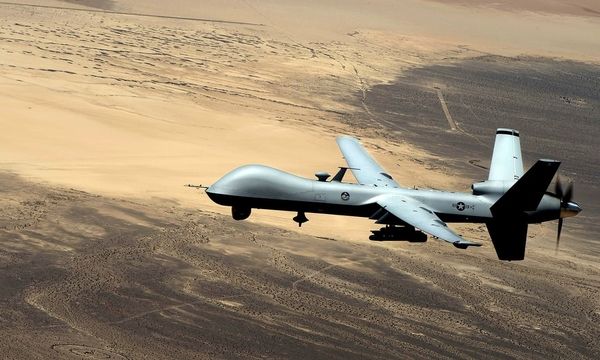 The US Army recently announced the development of drones that can target vehicles and people using artificial intelligence. In other words, these artificial intelligent drones can now decide (without a copious amount of human involvement) what and whom to kill.
Just to be clear, according to Futurism, Artificial Intelligence is the general name for the science of embedding machines with human intelligence. These machines learn through algorithms that are uploaded into the AI. Through these algorithms, the machine learns patterns that they use for future decision-making.

An enormous part of Artificial Intelligence is Machine Learning. AI technology is becoming so advanced that they are also getting into deep learning, which simulates the way a human brain works.
Deep learning is an intricate system that imitates how the human brain works. The same way a human brain uses neural networks to detect patterns and details—a similar system is embedded into the machine.
Deepmind is one of the organizations that are pushing the boundaries of AI technology and specifically the idea of deep learning. They believe it could be the most important advances in science and could possibly solve many of the world’s problems we face today.
Artificial intelligence could possibly help deal with climate change, improve health care, and find solutions to everyday problems. What are some current benefits of AI?

There are many benefits when it comes to artificial intelligence. AI can help with little tedious tasks that many people don’t want to deal with. Everyone could always use an extra hand, and that is especially true when it comes to mundane tasks including replying to emails and entering data.

Smart homes can also be a version of artificial intelligence with many benefits. As we discussed earlier with machine learning, smart homes can also learn about the living environment you enjoy, and can also learn ways to save on energy costs.
Computers, in general, can compute faster than the human brain, thus after uploading certain algorithms into the AI – the computer will be able to predict future problems and solve the ones that are currently happening. AI’s will also with reducing errors. Artificial Intelligent data centers are also very beneficial.
The GPS systems on our phones are already finding new and better ways to get to our destination in real time, but it is up to us to follow these directions. Imagine a smart car with AI that gets us to our location without us deciding anything. This looks to be the future of technology but is their apparent dangers to using artificial intelligence.

Some people believe AI will destroy jobs. Others believe that machines could become smarter than humans. Most of us have watched movies about killer robots, but can it truly become a reality?
Some of the greatest technological minds today believe there are many dangers when it comes to artificial intelligence.
Bill Gates on AI
In an interview with BBC, Bill Gates discussed AI. “I am in the camp that is concerned about super intelligence. First, the machines will do a lot of jobs for us and not be super intelligent. That should be positive if we manage it well. A few decades after that thought the intelligence is strong enough to be a concern.”
Elon Musk on AI
Tesla’s Elon Musk believes we should be extremely careful when it comes to AI. “If I were to guess like what our biggest existential threat is, it’s probably that… Increasingly scientists think there should be some regulatory oversight maybe at the national and international level, just to make sure that we don’t do something foolish.”
Musk goes on by comparing it to the devil and how we need holy water and a pentagram, which according to him might not even work.
Stephen Hawking on AI
According to Stephen Hawking, AI could be detrimental to humans. “I think the development of full artificial intelligence could spell the end of the human race.”
Hawking then added, “Once humans develop artificial intelligence, it will take off on its own and redesign itself at an ever-increasing rate. Humans, who are limited by slow biological evolution, couldn’t compete and be superseded.”

The concept of AI being programmed to do something devastating is more than an idea now. The US army recently announced it would do just that. They are developing drones that can spot and target vehicles with almost no human involvement whatsoever. Many people are concerned about the legal and ethical consequences of this new program.
The technology aspect of this program is amazing. As a society, we have become so intelligent ourselves that we can program a computer to pretty much do any job for us. Researchers believe that this could also help lessen the effects of post-traumatic stress disorder in people in the military. But is taking away the consciousness and level of human interaction when it comes to killing a good thing? Unconsciously killing people may be wrong on an ethical level, but that just depends on whom you’re talking to.

But when discussing self-governing weapons, other countries are trying to develop a similar artificial intelligent technology. If we leave the decision solely up to artificial intelligent systems, and other countries have the same technology, we could possibly have an AI war that will result in mass casualties. We could also be running the risk of not being able to turn off these robots.

As explorers and innovators, we need to continue to advance the technology we have before us. But we need to ask ourselves the hard questions as well. We need to figure out the benefits outweigh the risks. We need to decide if the use of this technology is for the greater good of all people. Because isn’t that what technology is? Technology should be making our lives better. We need to make sure that is what we are achieving.