How Blockchain Technology Can Revolutionize Energy

Why Colocation Providers Should Be Open Compute Project-Ready

There are many things to consider when choosing what to do with your personal or company data. Where and how you store your important information shouldn’t be taken lightly. Maybe one of the most overlooked aspects of this decision is choosing the location for a data center. We will discuss how location and other things can affect websites.

Do you ever find yourself browsing the web, but when a particular page takes more than a couple seconds to load, you leave and never come back? This is the result of latency. It is defined as the delay before a transfer of data begins following instruction for its transfer. It can also be described as the state of existing but not yet being developed or manifest. When a potential visitor attempts to visit your site, but it doesn’t load or “manifest” fast enough, they tend to leave and forget about it (especially if it’s their first time trying to browse your content. Making the data closer to the users can solve latency. This is also known as proximity.

Why Does Proximity Matter?

One of the main things to keep in mind is proximity. The closer the data center is to the user, the faster the data is processed and viewed. There are a couple of different forms of proximity that should be thought about: proximity to the website’s visitors and proximity to your business. As you can probably tell, most of the places that have natural disaster risks are also some of the ones that are known as the most significant data center hubs in the United States. That is because these are some of the most densely populated areas in America, and proximity to these users is critical. Finding the balance between closeness and risk is essential when choosing the perfect location for a data center.

Where Are the Natural Disaster Zones?

One of the most apparent things regarding location is examining the risk of disaster areas. In the United States, certain areas are known to have more earthquakes, floods, hurricanes, and tornados. For example, California is known to have a higher risk of earthquakes. Iowa, Nebraska, Kansas, and Oklahoma is known as Tornado Alley. While some coastal cities on the east coast including Florida, New York, and Boston have a higher risk of hurricanes. With this logic, the best places to have a data center would be Michigan, Montana, Ohio, and parts of Texas. But natural climate disasters aren’t the only things to keep in mind when looking for the best data center location.

There may be a significant lag if someone is trying to view your website from the other side of the world. Because the person seeing the site is far in proximity they won’t be experiencing your site the same as those closer to data center you are using. A content delivery network can solve this problem. It is a group of geographically distributed servers, which can deliver internet content faster. This will improve website load times, reduce bandwidth cost by reducing the amount of data an origin server must provide, increase availability and redundancy, and could improve website security by providing DDoS mitigation.

The idea of location hosting should be considered when building and choosing a new data center location. Placing multiple servers in different areas can be costly, but it may be an investment worth making. Studies have shown that about 50% of users expect a website to load within 2 seconds, and many first time visitors will leave a site that takes over 3 seconds to load. A couple of seconds can be the difference between a new client or buyer and a missed opportunity.

Why Should a Data Center Be in a More Centralized Location?

Being accessible to everyone is crucial when running a website. Being in a more centralized location can help with latency and availability to your users. A data center that is in the middle of a metropolitan area has the potential of a superior connected infrastructure. A data center in a more centralized location can also have the benefit of faster and more efficient support, security, and physical management. A data center within a major metropolitan area is ideal for users and data centers and colocation providers, but when this isn’t possible edge computing technology can bring your data closer to its users. These additional platforms are positioned between the server and the user making almost any data center location a centralized one.

Whether you are looking to build a new data center and trying deciding where to build it, or if you’re looking for a new data center in the best location for your business (or for personal use), deciding the best location can be a challenge. Taking into account, the different factors that we mentioned can help you decide. The best data center locations find a balance between proximity and risk. You’ve probably heard the phrase, “location, location, location,” quite often. And yes, this is very important because of when it comes to website speeds.  But one thing that you shouldn’t overlook is finding a provider that can give you the support you need.

Colocation America has data centers in eight major cities in America. This includes Los Angeles, San Francisco, New York, New Jersey, Boston, Philadelphia, Chicago, and Miami. The idea of location hosting has played an integral role in choosing where our data centers are located, which will benefit our users tremendously. 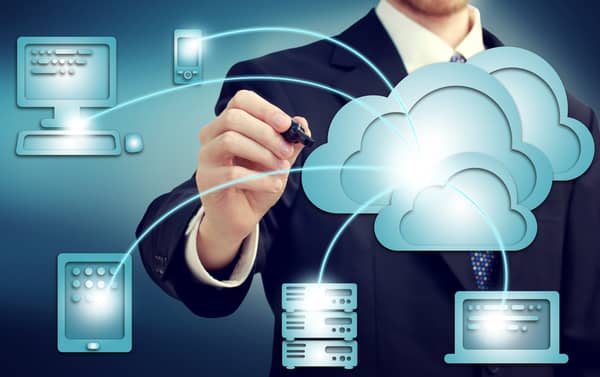 How Does Your Cloud Network Affect Connectivity?