Tips for a Successful Startup

This Week in Getting Hacked: Coachella Goers

How Data Centers Can Provide the Power of the Future 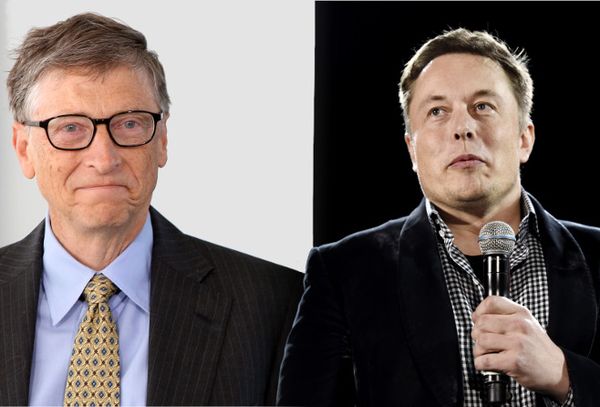 During a recent Reddit Ask Me Anything (AMA), Microsoft founder Bill Gates was asked by Reddit user IT_guys_rule:

“If you could create a new IP and business with Elon Musk, what would you make happen?”

“We need clean, reliable cheap energy – which we don’t have. It is too bad the sun doesn’t shine all the time and the wind doesn’t blow all the time. The Economist had a good piece on this this week. So we need some invention – perhaps miracle batteries or super safe nuclear or making sun into gasoline directly.”

Now, I know what you’re all thinking when you read the “sun into gasoline” bit:

While we did take a break to watch the movie for the umpteenth time, it’s not, unfortunately, the focus of this article.
We’re going to take the data center approach.
How much power and resources must all the data centers in the world use in a day, month, year? It has to be astronomical.
How can data centers help Gates and Musk achieve their “clean, reliable cheap energy?”

How Has Data Center Power Consumption Affected the World?

This is a bit of a strange question since data centers are basically a necessity of life nowadays. We’ll probably all abandon our physical forms and attach our brains straight to a server in an insectoid-like hivemind society in 20-some-odd-years anyways. Therefore we don’t want to say a bad word against our future overlords—but it is 20 years away, so let’s complain about them.
Data centers are power-hogs.
In the most recent census of data center power in the United States, they consumed 70 billion kilowatt-hours. That’s two percent of the country’s total power consumption.
It takes roughly 6.4 million American homes to use that much electricity, for comparison.

That’s not too bad, right?
Well, that’s a four percent increase from 2010, so you can only imagine what the stats would be in 2017.
It’s not really time to panic, however. The smart people which make data centers possible also realized the power-problem they pose and there’s been a renaissance of data center efficiency standards in recent years. There’s even several studies out now about how we really shouldn’t worry about how much power data centers are consuming (that’s what they want you to think).
Ok, so even if that were true, they still need power, right?
And that’s the main problem Gates was trying to address.
All the data from all over the world—and most of them are using a finite power source. What happens when that runs out?

What Are Data Centers Doing to Reduce Their Power Footprint?

Possibly the largest innovation to the data center in terms of power efficiency is the massive hyperscaling. Basically customers use what they need, rather than having servers running that don’t need to be (which need to be cooled, etc.). Hyperscaling allows companies to provide scalable computer architecture with improvements in utilization of the servers to how they are cooled.
Speaking of cooling, funnelling massive amounts of cold air into corridors of racks and cabinets wasn’t the most elegant way to cool data center floors. Within the past 5 years, new cooling infrastructures have sprouted up with more sophisticated sensors which directs the air to where it’s needed most.

Server virtualization (cloud) is another way data centers can improve their power-footprint. Cloud services share equipment among several customers which, in turn, mitigates the hardware needed to power and cool.
As this trend of data center efficiency continues, we can maybe stop focusing on how to reduce their power consumption and focus a little more on how they can help us find the magical power source I now officially call Gatemusk… okay, the title needs work, I’ll give you that.

How Data Centers Can Find the Energy Solution of the Future

We’ve spent a lot of time mentioned Bill Gates in this article, but the true mastermind behind renewable energy could be one Mr. Elon Musk. The Tesla and Space-X tech mastermind already uses some of the most sophisticated machine-learning software to improve the autonomy of his Tesla vehicles.
It’s, perhaps, not a stretch to imagine that similar systems can adopt the machine learning infrastructures to not only improve the efficiency of the data centers they call home, but perhaps to sift through all the countless amounts of data and piece together a clean and renewable energy source of the future.
In fact, how many scholarly articles and published papers from all over the world in different languages exist where one smart person figured out the missing piece another smart person was looking for while they were working on something completely different. Unless they encounter a super-specific press release on the matter, it’s going to be hard (if not impossible) for that smart person to find their already-existing missing piece.

Search engines can help with this, but not wholly.
That’s where a machine learning software housed in a data center can be working on. Piecing together the missing pieces on a clean forever-power-source.
However scary that may sound (a basically omniscient robot never hurt anyone, right?), it could be the only solution to the problem.
One day, data centers could find the solution that they were once a big part of the problem.