What Is a Micro Data Center?

7 Things to Consider When Choosing a Data Center

Why Data Centers Are More Efficient Than Most People Realize 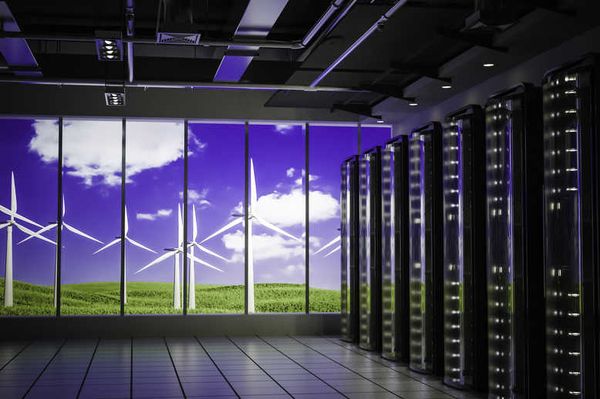 As our world continues to create more data, the demand for data centers is becoming more apparent. With the advancements of data-heavy technologies such as Artificial Intelligence, smart connected devices, and future autonomous vehicles, the world will be producing more data than we could have ever imagined. Data center workloads have already increased by six times since 2010. But although the workloads have increased, data center energy consumption hasn’t changed very much. This is also due to the technological advancements of Artificial Intelligence, virtualization, and automation keeping data center operations efficient.

In 2010, the world consumed about 194 terawatt-hours of energy. This was about 1 percent of all electricity used worldwide. In 2018, the workloads and computing capacity increased six-fold, Internet traffic grew 10-fold, and the storage capacity grew 25-fold. But with all of this growth in data center usage and operations, there has only been a 6 percent increase in energy usage since 2010. This is due to energy improvements and advancements since 2010. The newer servers only use one-fourth of the energy as the servers from 2010, and its new servers only take one-ninth the energy to store a terabyte of data as it used to. Cooling systems have also had improvements becoming stronger and more energy-efficient.

The data center industry has been harnessing the power of artificial intelligence to benefit data center operations. Some of these advantages are downtime reduction, allowing staff to focus on other jobs, continuous equipment monitoring, automated server optimization, cybersecurity improvements, and the one we will be discussing more today—energy conservation and efficiency.

Artificial Intelligence and machine learning technology in a data center setting can help moderate how much electrical power you are using.  By using the power of Machine Learning, AI systems can learn how to perfect temperature, cooling settings, how much power to use. And as the day goes by, AI systems can adjust the settings to maintain efficiency.

Google has been using AI to optimize its energy usage in its data centers. The company has managed to reduce energy consumption from its cooling system by 30% due to its implementation of AI.

What Are Other Trends Helping Data Center Efficiency?

We’ve covered how artificial intelligence is helping with efficiency, but there are other trends supporting data center energy efficiency as well. The first one is IT devices have become more efficient. As is with your newer cellphones and computers, IT devices are being built with efficiency in mind. As technology improves, users will get more performance for the same amount of energy. This is the same as the technology found in a data center. IT devices are more efficient than they were 10 years ago, helping lower data center energy consumption.

What Is the Age of Automation?

Virtualization is the first step towards a Software-Defined Data Center. The CPU and memory are split from the physical hardware, forming different groups of resources to use wherever needed. Virtualized applications and their operating systems are separated and isolated in a software container called a Virtual Machine. Multiple VMs can be running at the same time on a single server. Making the entire system more efficient without wasting extra energy. For more information on Virtual Machines and Hypervisors click here.

If a data center is virtualized and software-defined, it can now be automated as well. Automation can make a data center even more efficient by increasing the speed of delivery for network resources and mapping out the different resources that can potentially be used. This includes storage, servers, and the entire network. Virtualization and automation will make data centers more flexible in the way they use their resources. Automation will not only allow a data center to be more flexible, but it will also improve the use of energy. A software-defined automated data center makes allocating and distributing resources to its users faster. Giving customers an overall better experience accessing data.