How AI Is Being Used in Healthcare

Mobile Phones Are Everywhere, but Are They Protected? 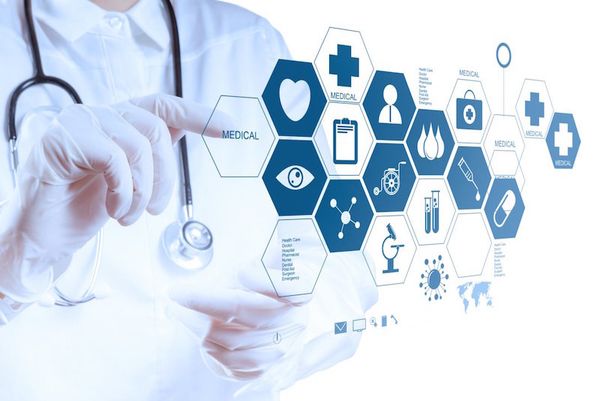 Editor’s note: Colocation America has no affiliation with “Lightstore.” Any opinions regarding “Lightstore” are solely the guest author’s.

With the increasing amount of data regarding health information of patients, it becomes necessary for medical clinics and hospitals to archive and store their patient information in a manner that allows for effective storage and easy access to the files at all times. The best way to manage the vast amount of data is to enable data management firms, that specializes in the storage and management of data, to handle the job.

Numerous firms handle medical records storage, and they make use of data centers for this purpose. These data centers have several different servers that are used to store the medical files and other servers that run application servers that can have access to the stored data. The primary method of storage of data in the storage servers is with the use of solid-state drives, which use flash drives to handle all of the data it receives daily.

With recent innovation, thanks to a research paper presented at the ACM International Conference on Architectural Support for Programming Languages and Operating Systems, researchers have figured out a new method of augmenting the power of the storage servers. LightStore, a system that modifies the solid-state drives to connect automatically to the network of the data center, does not require the need for any other devices and makes the data storage procedure more comfortable and more efficient.

LightStore could be revolutionary for the data management centers, given that this system integrates into the data centers with specific innovations that implement to the hardware and software at the data management centers. Compared to the traditional storage servers, LightStore can run two times more efficiently and also occupies lesser space at the data centers. This makes for a great advantage to the medical records management firms, which are always in need of more storage space for the patient data.

Some of the advantages to be obtained from the LightStore system in data centers include a reduction in the operational expenditure due to the decrease in the consumption of power and a reduction in the overall capital expenditure as the savings in terms of energy translate to direct monetary savings for the data management centers. This, in turn, leads to a lowering of the amount that the medical clinics and hospitals need to pay for the efficient storage and management of their patient records.

One problem faced by all data management centers is that the infrastructure of the data centers has mostly remained the same, without any innovations. While the slow hard-disks used earlier have given way to faster flash drives, there have not been any new developments in the field of data storage. With the onset of LightStore, we can look towards an integrated and faster data management system that makes it redundant to keep using the expensive storage servers.

For the LightStore system to work effectively, the researchers modified the solid-state drives so that these could be accessed in terms of an efficient protocol for the retrieving of the data, known as the “key-value pairs.”  In this, the requests from different users appear as keys, which are sent to the servers, and these, in turn, release the data that is associated with each key. While this sounds easy, there is a need for a large amount of computational power for computing the keys in the solid-state drives. However, researchers have been able to run the flash management software using only a fraction of the computational power.

Doing this has allowed for the offloading of the software onto a tiny circuit in the flash drive that runs far more efficiently. The offloading leads to free space on the solid-state drives, thus allowing for the LightStore software to run efficiently. To process all of the “key-value pairs,” it makes use of the data-structuring techniques. While the architecture has remained the same, there has been a change in the traditional flash drive, which converts into a critical value driver.

The next challenge faced by the researchers was to make sure that the app servers could have easy access to the data in the LightStore nodes. There are many structural protocols in a data management system, such as the file systems, databases, for the apps to have access to the data stored. While the traditional storage servers can run sophisticated software that allows apps to have access to the data, this method does not work on the LightStore system as it has limited computational resources and the app access uses quite a lot of the computational energy.

To solve this problem, the researchers developed a computationally light software known as ‘adapter.’ The user requests from the app services convert into key-value pairs, and the adapter can use mathematical functions to translate the information about the requested data into a key.

This key is then sent to the LightStore nodes, and the paired data is found and released. Being computationally simple, the LightStore software can be easily installed directly onto the app servers.

By offloading the computation necessary for flash management to the advanced LightStore hardware can be quite beneficial for lowering costs and consumption of power. It also leads to improved data storage performance for the data centers. Given the numerous advantages for effective data management at the data centers, LightStore could become an essential aspect of the medical records storage and improve the security and accessibility of the patient records at any time.

The health industry has always been more welcoming to innovations in technology. When it comes to useful data records of patients and their health history, there are numerous drawbacks of the traditional method of medical records storage. Given the enormous benefits that can be enjoyed by transferring to a digital data storage format, there is much scope for adopting innovations and LightStore could be a very beneficial tool in the management and storage of the enormous amounts of patient records and health histories.