How Data Technology Is Improving Businesses

Green Data Center – What You Need to Know 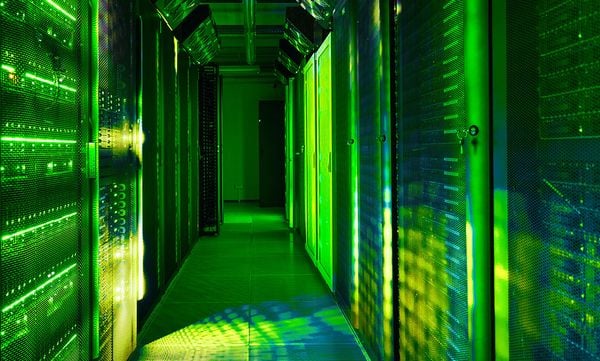 Why Do We Require the Data Centers to Be Green?

The answer is simple- to save the environment.

As the world started becoming digital during the turn of the century, the requirement of data storage and application processing has led to complex computing hardware architectures. However, these hardware architectures that consist of high-capacity servers cause more harm to the environment than was ever anticipated.

These servers are hosted in data centers that are expected to provide the servers with optimum working conditions. To do so, the data centers consume a significant part of the global electric power. This electric power causes carbon emissions, which lead to global warming and the degradation of the environment.

The experts from all around the globe have constantly looking for ways to reduce the carbon footprint of the data centers by reducing power consumption through sustainable sources of energy.

Moreover, adopting a green data center has its financial perks as well. According to Supermicro’s Annual Green Data Center Report, the data centers can save up to a whopping 38 mill annually in energy costs and 350 tons of e-waste.

Let us dig into some of the challenges posed by the traditional data centers and how can going green help in sustaining the environment while optimizing efficiency.

According to Nature, the data centers are responsible for 0.3 percent of the overall carbon emissions.

This is because the traditional data centers utilize the non-renewable sources of energy like electricity for running servers and the supporting infrastructure. They also use fuel for generators used as a power backup. These sources of energy usually increase the carbon footprint of the data center with the harmful emission of greenhouse gases like methane and CO2.

Green data centers try to resolve the global energy crisis by implementing solutions that utilize the abundant renewable sources of energy on our planet, like hydro, wind, and solar energy. The utilization of these sources for power generation decreases the dependence on fuel significantly, which is crucial to reduce the carbon footprint and sustain the environment.

In 2019, Facebook announced that it used 75 percent of renewable sources of energy to power its data centers.

This is achieved through an eco-friendly data center architecture that takes advantage of the surrounding landscape. The data center location is selected by taking into consideration the availability of natural resources. Then infrastructure for solar farms, windmills, etc. are designed to take advantage of the resources.

It is estimated that in 2018, the electricity consumption by data centers was about 1 percent of the entire world consumption (source: Network World). Although it is necessary to keep the data centers functional on a 24/7 basis, the level of power consumption needs to be optimized as there are limited resources.

One of the major solutions that the green data centers are deploying to reduce power consumption is virtualization. A virtualized server environment refers to optimizing the server resources through the creation of Virtual Machines (VMs).

A VM can be thought of as a virtual server with its own resources and operating system. Hence, one physical server can be divided into multiple VMs that can be utilized by various users at once. Therefore, where the entire servers were used to cater to one process earlier, with virtualization, it can be used to accommodate various processes.

Another solution that helps in reducing power consumption is cloud technology. The cloud helps in the overallocation of resources due to its highly flexible nature. It implies that the resources that are not in use by a user can be distributed to other users, or turned off completely, so they do not use any power. Hence, the users can scale their resources, without the data center partners having to add more servers.

In addition to these technologies, the use of renewable sources like wind, solar, and hydro in green data centers does reduce power consumption significantly.

If you have ever been to a server room, you would know how major a problem this is for the data centers and the environment. The servers are high-capacity hardware that process loads to data per second, causing them to heat up.

The data centers traditionally need to deploy a well-distributed HVAC (Heat, Ventilation, and Air Conditioning) system to keep these servers in the optimum state. However, still, sometimes, the heat from the servers creates hotspots around the data centers, causing inconvenience for the workers inside. The air-conditioning adds to the environmental issues as they consume significant electric power and release the heat to the outside surroundings.

In an air-based cooling system, natural air from outside is filtered and circulated uniformly around the data center. Whereas, in liquid-based cooling, the water from surrounding resources like rivers is used to cool the data center. The heated water turns into steam, which is then used for power generation.

Hence, the energy sources are recycled to provide air-conditioning to the data centers, which minimized the harmful environmental effects.

Along with the numerous environmental benefits that the green data center guarantees, it also enables the data centers to optimize their costs. Although building a new-gen design for a green data center would require initial investments, it would reap significant benefits in the long-run.

Since the data center majorly utilizes renewable sources of energy (which cost nothing), the cost of electricity and fuel required to run the data centers in reduced significantly. Moreover, the green data center implement procedures to recycle e-waste (like hardware equipment) from the data centers, which provided them with a new source of revenue.