7 Tips for Choosing between Cloud Providers

7 Ways in Which Virtualization Is Transforming Businesses 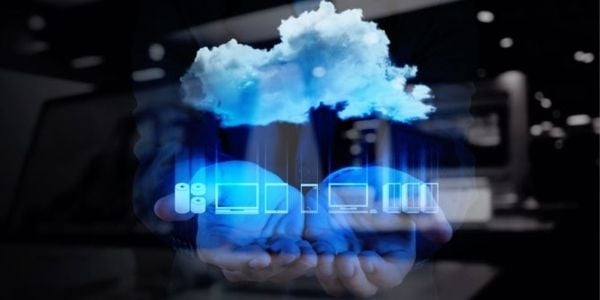 Virtualization is the technology that enables the user to perform functions in a virtualized environment. Virtualized environment implies that you might be using some resources in the virtual form that need not necessarily be physically present around the user. Let us see an example to make things clear.

So, how is virtualization helpful for businesses as well as the hosting providers? There are various aspects of virtualization that have proven advantageous for diverse industries. Let us discuss some of these critical aspects.

https://www.youtube.com/embed/zLJbP6vBk2MWhen hosting an app or storing data on a server, you can analyze the type of processor you want, the OS you want to install and the specifications that go with it.  However, for some websites or applications, the specifications required are a bare minimum.

Let us look at it this way. If you are living in a 4-bedroom apartment, the space you are acquiring is more than your requirement. Consequently, you are paying for the entire apartment. If you share the apartment with 3 other individuals each acquiring one bedroom, the rent of the apartment will be shared by the four of you reducing your rent to one-fourth of what you were paying.

Before virtualization, the small and medium businesses had to buy or rent the entire physical server to host their process. They had to pay for the total resources even if they did not utilize all the resources. Moreover, if the server was owned, the maintenance of the server added some additional costs such as cooling and power equipment, cabling, etc.

With Virtualization, a single physical server can be shared among many business processes. Hence, they have to pay as per usage and not a penny more.

For instance, if two businesses are utilizing only half of their resources on two separate physical servers, because of virtualization, both can share a single physical server and still function properly reducing the number of servers by half.

Hence, if you own a data center, you can provision more servers in the same physical space and grow your business even further.

Virtualization offers the businesses a more flexible operation. As it separates the software from the underlying hardware, the servers can host multiple operating systems and applications.

You can host your business process on VMs, and each VM can have its own operating system and applications. Each VM acts as an independent server which means that each customer hosted on separate VMs can have it configured as per the business requirement.

Moreover, with application virtualization, the applications that are installed on one VM can be replicated to all the VMs in a matter of minutes.

In a conventional scenario, you install the operating system on the server, and both are bound to each other. However, in virtualization, a hypervisor is installed on the server first, and the VMs are created by it. Hence, there can be as many operating systems as the VMs.

Virtualization, when integrated with the cloud environment, offers a highly scalable solution for businesses. Although the cloud encompasses multiple technologies, virtualization is the most important among them.

In a cloud environment, a cluster of servers can function in synchrony with the resources of each pooled together. You can host multiple Virtual Machines on the servers possibly with different specifications.

Generally, when you host an application on a physical server and utilize all the resources, the server hardware has to be replaced manually. However, as the VMs are virtual, they can be upgraded almost instantaneously.

What if you were told that virtualization makes it possible to use more resources than are actually available. It can happen with a process called resource overallocation.

Imagine you have a server with 64 GB RAM and you create 10 VMs with 8 GB RAM each. As per calculations, the total RAM allocated to VMs account to 80 GB which is more than the total RAM of the server. How is it possible?

Well, the total RAM utilization occurs, when all the VMs are utilizing their full capacity at the same time. Practically speaking, that is never the case.

The VMs can be provisioned easily as compared to the physical servers. Due to the virtual nature, a VM can be added or deleted on the server as per the requirement. Moreover, the operating system and applications can be installed almost instantly.

Imagine you have an office with 200 desktop PCs. Each PC must be configured manually with the installation of an operating system to the upgrading of applications. Moreover, if the number of employees increases, new desktops have to be configured.

As Virtual Desktops are mainly hosted on VMs, the applications and operating system can be replicated to the desktops simultaneously.

Working in a virtualized environment leads to a reduction in the hardware count. As the hardware requirement reduces, so does the hassles associated with it.

As the VMs can be provisioned very conveniently, the size of the IT team required can be cut down significantly. Moreover, the tedious task of hardware replacements is not a factor.

For businesses, the cumbersome IT issues have proven to be a bottleneck in an otherwise streamlined process. All these issues can be eliminated by adopting a virtualized environment.

Virtualization is a boon for businesses as well as hosting providers. It reduces the cost of hardware maintenance and replacement. Multiple processes can be hosted on a single server optimizing the space requirements for hosting providers. As there is less hardware to deal with, you can reduce the support team considerably. It reduces time and effort of setting up new servers as you can provision the VM instantly.

Sachin Agrawal is an Enterprise Architect and heads up Business & Technology at Tarika Technologies. He carries expertise and a flair for writing on Management Consulting, Software & Analytics and Digital Media. Apart from distilling his technical ideas into creating innovative solutions, he is a practitioner of Haidong Gumdo and at his leisure, taps the Cajon and strums his Guitar!