How to Utilize the Power of Data Center IT Services

How Are Different Industries Utilizing AI and Robotics? 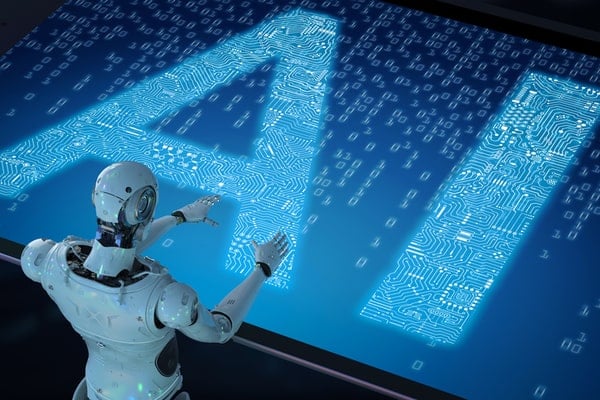 Robots might be taking over sooner or later. Maybe not in the same way it happens in television and film, but that might be for the better. Robotics are usually portrayed as taking over in some outlandish way that we can’t seem to control. Instead, we are seeing different industries benefit from the advancement in robotic technology. Some of these industries may not be what you would expect to benefit from robotics. But the future of robotic technology looks bright, and so do the different industries that are applying this technology.

What Is Artificial Intelligence and Machine Learning?

What Industries Are Benefiting from Advancements in Robotics?

The advancements in robotics have made applying the technology quite intriguing for several different industries that may not seem like an obvious pairing. Nonetheless, robotics is showing to be significant for these industries. The first industry applying robotic technology is health care.

There are several different ways the healthcare industry is applying the use of robotics. It is being used for rehabilitation purposes, patient companionship, therapy, and even surgery. Currently, robotic technology isn’t being applied to completely take over the duties of health care workers. It’s being used to make their jobs easier.

The farming and agriculture industry is also taking advantage of robotic technology. Farmers have been using driverless GPS-guided tractors and harvesters to be more efficient. This can save both time and money while making farm work less laborious. More recently, there has been researching and testing of robotic technology for spraying, mowing, pruning, and weed removal. Furthermore, technological improvements in sensors are also being used to manage pests and crop disease. The current pandemic has exposed how susceptible our food supply is but utilizing advancements in technology can prevent future shortages in food.

While on the subject of food, the hospitality industry is another industry benefiting from robotics. Food preparation is very important for many different reasons. Food is what sustains us and gives us the nourishment and energy we need to do work in our perspective industries, and if not prepared properly, we run the risk of becoming sick. Food is something every industry, and more importantly, every person in the world has in common. Developments in robotic technology are making food preparation less work. There are several robotic chefs and even complete robotic kitchens that can prepare meals from start to finish. Not only can these prepare complete meals for you, saving time and energy, but they can also curate meals according to different diets and lifestyles.

The military has been using robotic technology for quite some time now. Artificially intelligent unmanned army drones are being used for surveillance and for supporting certain operations. It can be used to evaluate the danger in situations and give soldiers information. These artificial intelligent drones can be used to do certain tasks without putting human soldiers in danger. There have been moral questions regarding self-governing weapons using artificial intelligence, which will be long debated.

How Are Data Centers Benefiting from Robotic Technology?

There have been several data center security innovations recently. Biometric technology (facial recognition, fingerprint scanning, and retina scanning) are being used to identify the people entering restricted areas in the data center. Artificial intelligence is also being used to detect cybercriminals from breaching cybersecurity systems.

But one of the most intriguing innovations has been how data centers are utilizing robotic technology for security. A data center company called Switch is deploying autonomous robots as added security guards. Sentry is a security robot that has a 360-degree camera, sensors that can scan visitors, and are built to climb curbs and stairs. It can monitor the inside of a data center and the outside of the data center building as well. These robots are fully autonomous but can be controlled by humans as well.