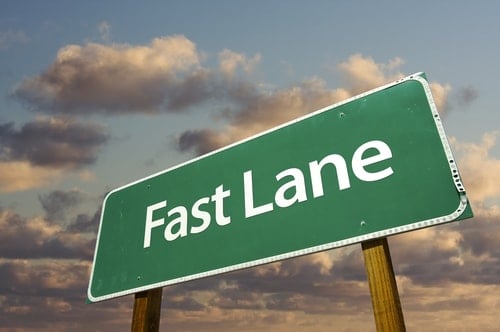 The ubiquitous spinning wheel: the symbol of your computer slowing down, websites taking forever to load, and just general slowness. It’s the bane of existence of everyone that’s ever used a computer.

Today is Internet Slowdown day and the symbol of technological frustration is being used in the fight for Net Neutrality and against the creation of “fast lanes” by various Internet companies, including Etsy, Netflix, and Reddit.

Nobody likes slow Internet, and that’s exactly what Internet Slowdown Day is attempting to bring to light. The current fight between the FCC, the consumers it represents, and the telco companies—specifically Comcast, and Time Warner—is all about Net Neutrality.

The consumers want an open, fast Internet; one that can be used to spur innovation and economic development and the growth of businesses that are Internet based. The telcos want none of that. None of it at all.

In fact, they want to create a “fast lane” on the Internet, where you get better speeds if you pony up the cash, thus giving you an advantage against your competitors who can’t afford to pay that money, and stifling innovation unless it flows through them. Sound like extortion? Because it kinda is.

Do you love Reddit? Well, you won’t when it runs and loads dirt slow because they can’t raise enough money to pay for the bandwidth and speed to be delivered to their servers. Hooray for a free market!

Do you have a great idea that is based on the Internet? Too bad, buddy, you don’t have enough cash to make a splash. Nothing like some good ol’ fashioned business stifling so that you can make all the money!

So here we are at Internet Slowdown Day. Websites like Etsy, Netflix, and Reddit aren’t running any slower, but they are using the spinning wheel to get you angry as hell about what may be down the pipeline.

This is one of a few big stands taken by Internet companies that would benefit from Net Neutrality. By displaying messages on their front pages and be invoking symbols such as the spinning wheel, they are letting their voice be heard—and hopefully spurring you to make yours heard as well—that what could happen if the telcos are allowed to regulate speeds would be disastrous.