The Internet of Things: Where to Next?

Top 7 IoT Areas to Watch in the Future 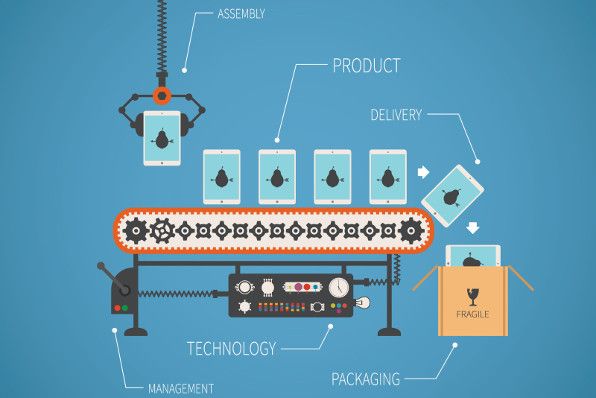 Mention the Internet of Things and discussion swiftly turns to smart home gadgetry, driverless cars and the latest gimmicks destined to make our lives “simpler” in an increasingly interconnected world.
These topics are undoubtedly flashy, exciting, and ever-newsworthy but they’re not the only areas where the focus lies in a world grappling to come to terms with what the Wall Street Journal calls the “next industrial revolution”.
Instead, the current spotlight is grounded in analysis of the intricacies behind how we roll out, hone and deliver very real services that meet very real needs. It’s like an IoT coming of age where focus in on the ‘how’ in addition to the ‘what’. And it’s occurring in an environment that’s more switched on, more data driven and “smarter” than ever before.

These are the top seven areas to watch for the Internet of things in 2017….

The Big Deal of Big Data, AI and Machine Learning

After spending the past decade plus devising products packed with sensors and connectivity, focus now shifts to realising their truly “smart” potential. This is happening via the data they produce, the machine learning they are capable of, and the Artificial Intellegence that allows them to predict our needs and better serve them.
Or as Forbes explains:

“While IoT adds value to the products we already own and the services we already use, the data extracted from IoT is meant to tell marketers what we’ll want to own and what services we’ll use in the future.”

This plays out in a series of ways already making their presence felt:

“The Internet of Things (IoT) has received massive coverage and widespread adoption. What few people have stopped to consider thus far is where these connections will take us. As chatbots become more popular, we’re bearing witness to a move toward further machine learning. As the natural progression from smart objects to learning objects occurs, this new wave will encompass the globe,” Forbes continues.
Security
So much data, so many algorithms and such swift advancement may open up a world of potential but also open the doors to serious cyber security threats, making security the next big issue on the IoT agenda.
The issue is so imperative Gartner places security at the top of their 10 IoT technologies for 2017 and 2018 list, saying: “The IoT introduces a wide range of new security risks and challenges to the IoT devices themselves, their platforms and operating systems, their communications, and even the systems to which they’re connected.

“Security technologies will be required to protect IoT devices and platforms from both information attacks and physical tampering, to encrypt their communications, and to address new challenges such as impersonating “things” or denial-of-sleep attacks that drain batteries. IoT security will be complicated by the fact that many “things” use simple processors and operating systems that may not support sophisticated security approaches.”
Smart homes
More and more products are hitting the market as consumers vie for smarter homes with more connected devices meeting our daily needs. From smart TVs to smart fridges, climate control that links to smart phones and more, the “smart home” is no longer a futuristic obsession but a current reality.
And arguably the real key to the smart home is the technology piecing these interconnected devices together. Central hubs and voice assistants are a major focus that sees Amazon Alexa, Google Home and the soon to be released Viv, from the creators of Siri, taking charge of our domestic matters.

According to Bloomberg these voice AI hubs could reach 40 million homes by 2021, as voice assistants embrace artificial intelligence and become better at understanding human speech.
Smart transport and smart cities
Driverless cars have long been the focal point of the IoT and our obsession with a Jetson’s style future.  And while advancements continue to be made, the benefits are also playing out in the wider area of smart transport as we move towards smart cities.
Venture Beat explains: “Already, automobiles built after 2010 include numerous connected systems that provide drivers with the ability to listen to satellite radio, view streaming video, display and use smartphone apps, navigate roadways, request roadside assistance, unlock doors remotely, and find open parking spaces.”
Arguing that driverless cars may be as little as 10 years away they note: “Autonomous vehicles will free the “driver” and passengers to socialize, have a business meeting, or learn more about the environment around them. Mercedes imagines a car that is more like a living room or boardroom on wheels. The driver and front passenger seats swivel to allow face-to-face communication.”
But in addition, all this sensing and communication offers greater efficiency and safety for transport at large, and the operation of cities in general with State Tech Magazine citing major American cities as examples of IoT already being put to use.
“Cities like Chicago and Washington, D.C., are getting smarter as connected sensors provide timely and accurate traffic and parking data,” they say.
But not only that, the IoT allows for automated lighting, power plant control, pollution monitoring and so much more.
Manufacturing and industry
It’s not quite as glamorous as a fridge that automatically buys milk, but manufacturing, industry and agriculture are, and will continue to be, some of the great beneficiaries of the IoT.

The Wall Street Journal notes: “Industrial IoT can dramatically change how manufacturers run their businesses. By quickly and continually pulling process and monitoring information as well as production, supplier and customer data, the technology lowers costs, increases efficiency and speeds response time. It also ensures equipment is fixed before it fails, further lowering costs and boosting the bottom line. The IoT’s uses are as unlimited as the types of machinery that sensors can monitor.”
Retail
Using mobile Point of Sale, contactless payments and the digital wallet along with Smart Fitting rooms and item tracking courtesy of RFID, retail has long been a proponent of IoT. And this infiltration of connected items that allows for an enhanced consumer experience is only on the rise.
This year sees attention to virtual reality, virtual assistants and Chatbots as shopping harnesses the power of AI to better predict and service our needs.
Meanwhile research firm Zebra notes:

Healthcare
According to Forbes by the year 2020 there will be a $117 billion market for IoT in healthcare as we better monitor ourselves and the medical profession can better monitor us.
The industry will be driven by sensors and the steady erosion between clinical health care and in-home monitoring. Already, connected devices including wearables, sensors and even communication are impacting the healthcare landscape. Devices can tell your blood pressure relaying this data to your physician, they can track your sleep patterns and more.

Tech Target further explains: “Internet-connected devices have been introduced to patients in various forms. Whether data comes from fetal monitors, electrocardiograms, temperature monitors or blood glucose levels, tracking health information is vital for some patients.
“Many of these measures require follow-up interaction with a healthcare professional. This creates an opening for smarter devices to deliver more valuable data, lessening the need for direct patient-physician interaction.”
Meanwhile some hospitals have begun introducing smart beds that can adjust to relieve a patient’s pressure points as well as indicating when they attempt to get up.
The final word
Each month the swift evolution of the IoT brings us new developments to ponder over, marvel at and be challenged by. While the above may be the areas to watch in 2017, by next year there will be new innovations, greater data and increased applications to illicit wonder and concern.
After all it’s a revolution baby and in the words of Lenin: “It is impossible to predict the time and progress of revolution. It is governed by its own more or less mysterious laws”.

Rebecca Kennedy is a writer for many leading online publications with a special interest in harnessing technology for retail. She is passionate about anticipating future tech before it becomes the norm. She wrote this article in collaboration with ilocks.com.