Top 7 IoT Areas to Watch in the Future

The Internet of Things: Where to Next? 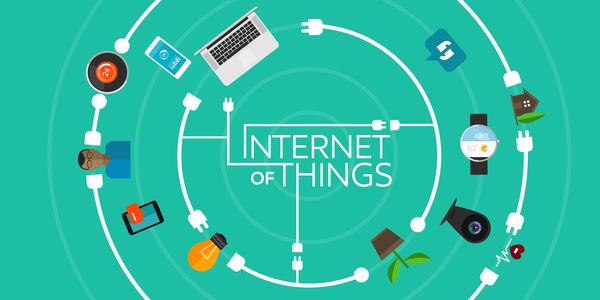 the internet of things 1

Internet of Things—These three little words are steadily marching their way into the common lexicon, and infiltrating our everyday world courtesy of a myriad of connected devices working together behind the scenes.
And if the recent IoT World forum in Santa Clara California is anything to go by, interest is only on the rise. This year’s event doubled its attendance on only three years ago, attracting 14,000 people, with big companies like Johnson & Johnson, GE, Tata and Microsoft, along with hundreds of startups, represented.

From smart homes to smart cities, manufacturing and industrial usage, the IoT is changing all aspects of our very modern world. So what are the key issues and trends emerging in the IoT this year and where will this fast emerging connected world will take us next?

The IoT in Figures

So where to next?
Continued growth
New interconnected products are emerging all the time. This includes more appliances for our smart homes, business tools for productivity and payments, and manufacturing processes that are honed from start to finish, with parts and items traceable every step of the way. 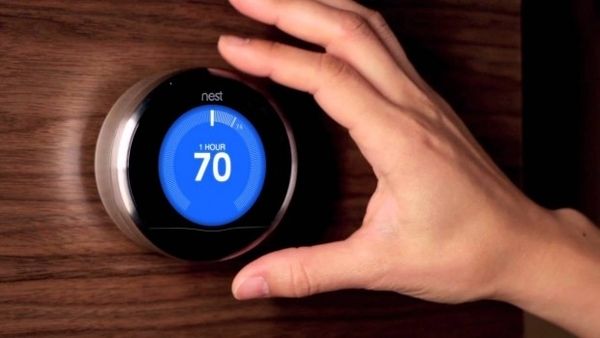 Governments and town planners are embracing IoT as they push towards smart cities with better energy efficiency, transport and security. Retailers are using it to enhance consumer experiences of products while better enabling that consumer to make a purchase with mobile POS, and e-commerce. Meanwhile agriculture is utilising it to better monitor crops, manage resources and track their produce.
Network World notes this creation of new items is constantly upgrading, commencing with finding a solution to a very specific problem “that starts with basic sensing, expands to control, and then culminates with the explosion of imagination”.

“It is hard to imagine the benefits and capabilities of IoT in an unconnected world. As is so often the case, we don’t realize what we are building until our eyes are opened to what is possible. As we start to connect and collect, previously unfathomable opportunities become obvious.”

Big data is the big topic for the IoT. All these interconnected devices have the capacity to generate huge amounts of information about what we seek, what we search for and what we already have.
Once plugged into ever-evolving algorithms, business, industry and manufacturing have a wealth of information to better predict our needs, habits and requirements courtesy of Artificial Intelligence.

In a nutshell this means our daily habits, statistics and usage of IoT connected products is now driving the future of what retailers, industry, manufacturing and healthcare are able to deliver.
Or as IoT For All notes: “In previous years, the focus of IoT arguably seemed to be on “connecting” things to the Internet. Now, we’re seeing a push to make those things “smart” by pairing connectivity with an AI engine.”
AI is the major playing field that the IoT is seeking to conquer in coming years in terms of consumer information that includes what and how we buy, how healthy we are, right through to predicting when machinery that services our basic needs may have a fault. But big data results in big questions.
“The amount of data collection on the horizon is staggering,” says Network World. “Many IoT devices collect all kinds of data, such as GPS coordinates, weather, motion, video and usage. There is a clear trend of low-cost sensors becoming more powerful—and thus prevalent.

“We regularly hear estimates of 25 billion to 50 billion devices on the internet by some near-term date. Big numbers provide a provocative vision, but the implications represent a radical, necessary change in current approaches and tools.”

Up until recently IoT involved a lot of players kicking a ball independently on the pitch. Now each realizes the value of playing as a team. That means infrastructure providers are playing nicely with storage providers, AI creators are teaming up with hardware companies and the list goes on.
According to IoT For All: “Full IoT solutions need hardware, software, and connectivity. Few companies do it all, so partnerships are absolutely essential for success in the Internet of Things”.
But all these businesses are grappling with the fact that IoT is more complex than it seems.
“In order to collect, analyze, and act appropriately, we need to completely rethink computing architectures and tools,” Network World argues. “IoT seems so easy. Sensors are cheap, and Wi-Fi and Bluetooth are “free.” So, how hard can IoT be? The answer is it’s really hard! There are a lot of moving parts, since so many of the sub-components, such as networks and processors, are changing quickly, but IoT usually adds the additional complexity of scale. The challenge is much bigger than many initially realize.”
Security
Among the greatest challenges is maintaining security in a cyber-connected world. IoT For All explains as billions of new devices are connected to the internet and integrated into our daily lives, “we open up new ways to cause harm”.
““Dumb” devices that lack an internet connection are difficult to attack because you need physical proximity to the device. When it comes to “smart” devices, the very thing that makes them smart (i.e. connectedness) also opens up new avenues of attack from virtually anywhere.”

Meanwhile Forbes notes threats to IOT security take on two forms:
“First, devices are taken over to do something they are not intended to do, like a security camera that becomes part of a botnet attack. But also devices can be commandeered to do exactly what they are intended to do but in a devious way.”
And already there are examples of both occurring, Forbes continues.
“Two years ago an internet-enabled refrigerator was commandeered and began sending pornographic spam while making ice cubes. Baby monitors have been turned into eavesdropping devices and there are concerns about the security of medical devices, such as computerized insulin pumps.
“In October, thousands of security cameras were hacked to create a massive Distributed Denial of Service (DDoS) against Dyn, a provider of critical Domain Name System (DNS) services to companies like Twitter, AirBnB, etc. Then there is the recent disclosure of CIA tools for hacking IoT devices, such as Samsung SmartTVs, to turn them into listening devices. These are only a few examples highlighting the threats.”
All this is resulting in an increased albeit belated focus on IoT security. But the challenge is predicting what hackers will do next. For companies it’s like gazing into a crystal ball, in a darkened room, with a blindfold on. Often corporations have no idea of what will hit them until they’re reeling from the knockout punch.
The Final Word
This year’s IoT trends may not be as singularly focused on glitzy new products that are smarter and smarter in a bid to improve our lives. Instead the current drive is on the inner workings and security of the IoT as providers nut out the nitty and often gritty details of a world revolution.
*Main image credit: intca.org

Rebecca Kennedy is a writer for many leading online publications with a special interest in harnessing technology for retail. She is passionate about anticipating future tech before it becomes the norm. She wrote this article in collaboration with bosstab.com.