What Is a Work Spouse and Do You Have One?

5 Technology Tools Every Business Startup Should Adhere To

What Happened to Windows 9? 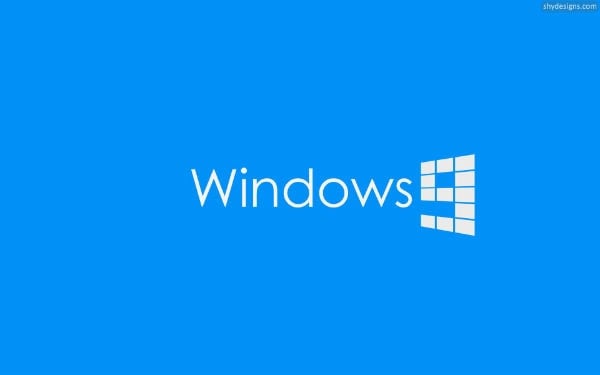 Windows 10 has been out for a few months now and so far this blogger thinks it’s great. It’s everything that Windows 8 wanted to be, but with the added bonus of using less RAM and having a faster boot time—what’s not to like?

There are some who are still Windows 7 loyalists—and that’s fine—but any new computer that you buy starting today will almost certainly have Windows 10 installed, so you best become familiar with it eventually. To view a little more about Windows 10, please enjoy the video below:

But if you’ve been paying attention to Microsoft’s famous operating system (OS), you might be wondering why you had Windows 8 (or 8.1) installed and suddenly you’re downloading (for free!) Windows 10.

Many people are wondering the same thing and while there’s not an official explanation from Microsoft, there are still an abundant amount of theories on the Internet as to why Microsoft decided to skip Windows 9.

Why Did Microsoft Skip Windows 9?

Let’s just ignore all the crazy conspiracies on the matter, like the German word for “No” having strong WWII connotations and my personal favorite that 7 ate 9 and focus on some that actually make a bit of sense.

Let’s start wondering if whether or not Microsoft had Windows legacy code implemented into their OS. This one is the most plausible to me. Basically, the theory states that Microsoft couldn’t name the new OS Windows 9 because (if you’re old enough to remember) there have already been a few versions of Windows that started with “9.”

Basically, lazy developers added shortcode to some third party softwares and applications that check for the Windows version name for only the “9” preceding the “5” or the “8.”

In fact, a Reddit user claiming to be a Windows developer posits the same idea:

I guess Microsoft noticed enough of these legacy shortcuts that it pushed them to rename the entire OS to something that couldn’t be construed by it. Or at least, as the theory goes.

Another theory floating around out there is that Apple’s newest OS is named Mac OSX and Microsoft’s Windows 9 would seem like an inferior, or a-year-behind OS.

This theory has some credence from a marketing perspective and Microsoft could have even done this before.

Microsoft’s Xbox gaming console’s main competitor is Sony’s PlayStation. Unfortunately for Microsoft, The PlayStation was already on version 2 (aptly named PlayStation 2) when the first version of the Xbox was released. When both consoles were ready to move on to the next generation, Microsoft didn’t want to have an Xbox 2 to Sony’s PlayStation 3 and such they named their new console the Xbox 360.

Therefore the same tactic could be said for Windows skipping Windows 9 and naming it Windows 10 to match Apple’s OSX.

Windows 10 Is Just Too Far of a Leap

Another theory that can be construed from this Windows article detailing Windows 10 is that it’s just too far of a leap from Windows 8 to simply be called Windows 9.

Granted, there are some cool new features (detailed a bit in the video above) in Windows 10, but nothing that would really warrant the skipping of an entire number.

If anything, the leap from Windows 7 to Windows 8 could be seen as a larger leap but Windows decided to name it Windows 8 anyways.

There might be some warrant to this, but as far as I’m concerned this one just doesn’t hold enough water for me.

The Windows One Theory

Windows 10 is supposed to forefront Microsoft’s idea for Windows 8 being available on all of Microsoft’s devices (syncing perfectly, etc.). However, this really didn’t come to pass with Windows 8, but allegedly Microsoft wanted to call Windows 10 “Windows One” because it was one OS across all of their devices.

Unfortunately, Microsoft already had a Windows One—their very first OS. Instead they named it Windows 10, a nice whole number that could portray a feeling of “one” being that the number 1 is in there, I guess. This theory is nice, and there is some water to the idea that Windows 10 just sounds more authoritative than Windows 9. Ten is just a better sounding number. Whether or not that was Microsoft’s reasoning or not is another thing all entirely.

We may never know the reason why Microsoft skipped Windows 9 and went with Windows 10 after Windows 8. It could be for the reasons above (especially the 7 ate 9 theory, right?) or it could have something to do with Windows 10 having rolling updates for the near future and ten was just the perfect number.

Who knows? We’ll be sure to let you know if Microsoft announces anything official on the matter. Until then, we’ll keep our eyes out for more theories and speculations on the matter.

In the meantime, let us know what you believe is the reason Microsoft chose Windows 10 over Windows 9 in the comments below!