What Are the Security Implications of Smart Assistants?

AI: Rise of the Machines

What Are the Pros and Cons of Net Neutrality? 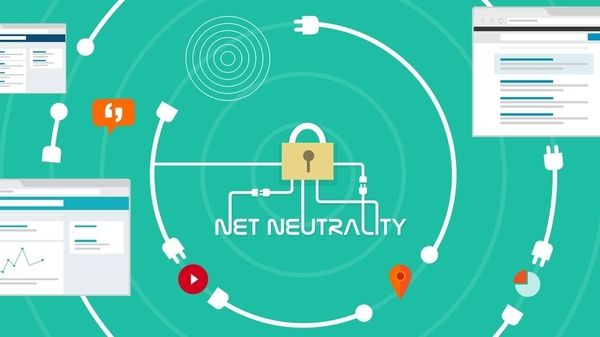 Net neutrality has been a topic of discussion for quite awhile now, and understanding the timeline of net neutrality can help give an insight into the matter.  It may seem as though there is only one side of the debate, but it’s actually a little more polarizing than one may think. Depending on whom you ask, there are some definite pros and cons to the idea and the decision of net neutrality. Discussing the advantages and disadvantages of net neutrality may help you understand the nuances of this subject. Just a quick recap on Net Neutrality, “Net neutrality is the principle that all traffic on the Internet should be treated equally, regardless of whether you’re checking Facebook, posting pictures to Instagram or streaming movies from Netflix or Amazon. It also means that companies like AT&T, which is trying to buy Time Warner or Comcast which owns NBC Universal, can’t favor their own content over a competitor’s content.” Since the FCC’s repeal of Net Neutrality, many different people are arguing for or against the decision. Here are some advantages and disadvantages Net Neutrality laws.

There are some unquestionable advantages of Net Neutrality. The first one is that the World Wide Web stays neutral. This is the most easily understandable out the list. This just means that unless the content is illegal, there will not be any regulations against it. Internet service providers will not be able to block access or modify the stream of data or how you receive the data for their own benefit. Another advantage of net neutrality is the continued freedom of speech and expression. Sites such as YouTube (video bloggers and aspiring singers and musicians), blog sites, and businesses will continue to have the ability to post content without being censored. If Internet service providers don’t agree with the certain content or just don’t like the content, they still wouldn’t be able to censor it. The Internet is classified as a public utility. “A public utility is a business that furnishes an everyday necessity to the public. Public utilities provide water, electricity, natural gas, telephone service, and other essentials.” Since the Internet is considered a public utility and essential, everyone is entitled to the use of it. Net neutrality ensures it remains a necessity and not a luxury. If it becomes a “luxury” the price can increase tremendously.Net neutrality also safeguards us from increasing prices and even separate charges for each application. Some countries are already experiencing charges for Internet services and application packages. “To get an idea, we can also look at Portugal, a country that –even though it is covered under EU’s net neutrality rules – has found big enough loopholes in them. The country’s wireless carrier Meo requires users to pay additionally for apps and services they would like to use, like WhatsApp, Facebook, Snapchat, and Messenger. Video apps are also offered as paid add-ons in a variety of bundles.”

Although there are many advantages of net neutrality, there are some disadvantages as well. Most of the cons are for Internet service providers, but they are cons nonetheless that we should discuss. One of the disadvantages of net neutrality is the lack of payment for data usage. We have so many different aspects of the Internet that we use including high-definition video streaming services like Hulu and Netflix, instantaneous video calling services like Skype and FaceTime, and gaming applications as well. We currently pay for the service, but we aren’t actually paying for the data usage. It doesn’t matter how much we use it, and how much data we consume, the Internet service provider does not get paid differently. This is a disadvantage for the providers. 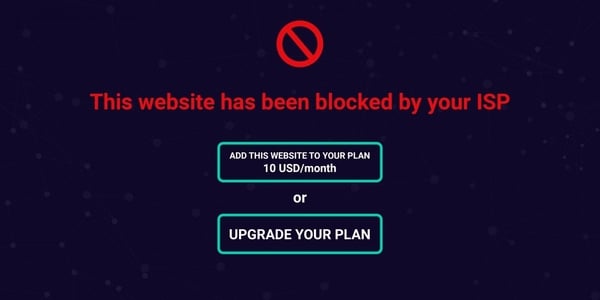 Another con for net neutrality is the unregulated aspect of the Internet. Because of freedom of speech and the Internet’s freedom of expression, almost anything can be posted on the web. As long as it isn’t illegal, it can have a place on the Internet. Many people argue that this results in offensive and thoughtless content that is too accessible to anyone. Some people that are for the repeal of Net Neutrality feel that this type of content is too easily visible for younger people.

When it comes to Net Neutrality — what’s next? If you are on the side of Net Neutrality, starting on May 9th, there will be a “Red alert’ protest in favor of the Obama-era protection rules. Many websites will be participating in this protest in support it including, Tumblr, Etsy, and Foursquare. The hope is that these protests could change the mind of the Senate. 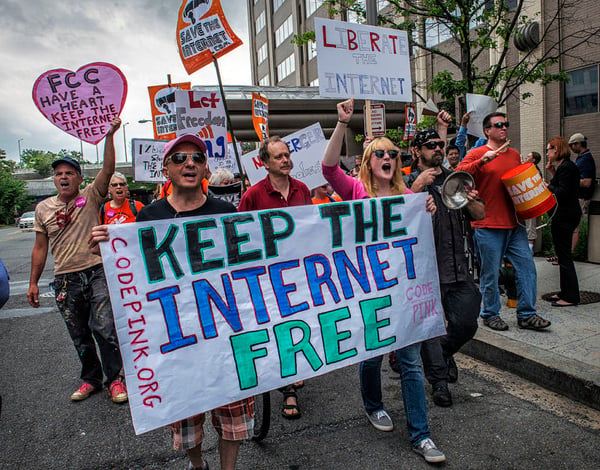 Changing the mind of the Senate is the crucial step to reversing the repeal. “This Senate vote will be the most important moment for net neutrality since the FCC repeal,” Evan Greer, deputy director of Fight for the Future, said Monday in a statement. “Every Internet user, every startup, every small business – the Internet music come together to sound the alarm and save net neutrality.” Even if the Senate is somehow swayed to vote to reverse the repeal, there are still many steps in order for Net Neutrality laws to be reinstated.

How Will Data Centers Be Affected?

Data centers may not see many changes in the short term after the repeal of net neutrality laws, but things could change in the future. It just depends on how certain Internet service providers decide to take advantage of their new control over these laws or lack thereof. But there is a possibility that data center customers will be affected directly. “If the opponents to net neutrality’s repeal are correct, higher prices are also in store for data center customers as ISPs begin charging them extra to transfer higher bandwidth content. This need not necessarily have a negative impact on the data centers themselves, but it is likely data centers will benefit from their customers paying higher ISP fees.”

How Will This Affect Everyone Else?

It is difficult to predict how the repeal of Net Neutrality laws will affect everyone else, but the way we experience the World Wide Web may never be the same. Is that a good thing or a bad thing? Is this fair or unfair?  It truly depends on whom you ask. Internet service providers feel like everyone using more and more data is unfair to them. But it’s also hard to change the rules that have been in place for quite some time now. Only time will tell exactly what will happen and you will be affected. But whatever side you are on – find a way to take a stand.
Share