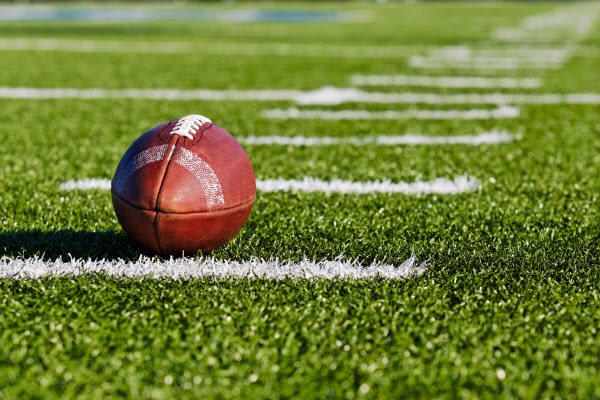 The NFL season is upon us—tonight, the Super Bowl Champion Seattle Seahawks take to the gridiron and face off against the Green Bay Packers in the NFL’s first game of the 2014 season. The action on the field will be hard-hitting, but so is the tech that supports it. Do you see how I tied that in? Journalism 101, folks.

This year the NFL is going high-tech because after last year’s replacement refs debacle, NOBODY CAN BE TRUSTED.

The Tech behind the NFL

Oh man, they went big time this year, and by “big time” I mean they partnered with Microsoft and so now every team has Surface tablets on the sidelines. Like, a lot of Surface tablets. Each team gets 25 tablets—13 for players and coaches on the field, an additional 12 for the coordinators in the coaching boxes. These tablets will replace the traditional paper binders with frame-by-frame print outs of the previous drive/plays/etc, as well as provide better connectivity between what the coaches are looking at on the field and the coordinators are looking at in the boxes.

Stadiums can get loud—just ask the decibel-smashing crowds at Seattle and Kansas City—and so this year, coaches’ headsets will be outfitted by BOSE with noise-cancelling technology that allows them to better hear what the heck their coordinators are talking about during the game. Leave it to the NFL to take forever to get the technology that you could buy in an airport kiosk for $49.99.

Big data comes into the fold, too, as NFL player’s pads will have RFID chips built in to give an even better measurement of a players’ performance. This could introduce a whole new wave of stats, and give better insight into the game as well. Fans and football staff alike will be able to track players on the field using these RFID chips, as Zebra Technologies has installed a tracking system in 17 stadiums so far. So now you can see how hard Redskins QB Robert Griffin III got hit when his turnstile of an offensive line lets a linebacker through the gap.

It doesn’t stop there, though. Teams are trying to get you off your couch and into the stadium by providing much more connectedness to the game than you’d find at home. For instance, the Patriots have developed their own personalized app with updates, scores and other features you’d only be able to access if you were in the stadium. The San Francisco 49er’s Levi’s Stadium now features an app where you can order food from concessions to be delivered to your seat, Wi-Fi connectivity for up to 40,000 simultaneous connections and even a real time update on bathroom lines.

So when you’re streaming the game on your tablet tonight, just remember that somewhere, an offensive coordinator is doing the same thing while not waiting in line for the bathroom.