This Week in Getting Hacked: Google Trolls Microsoft Edition 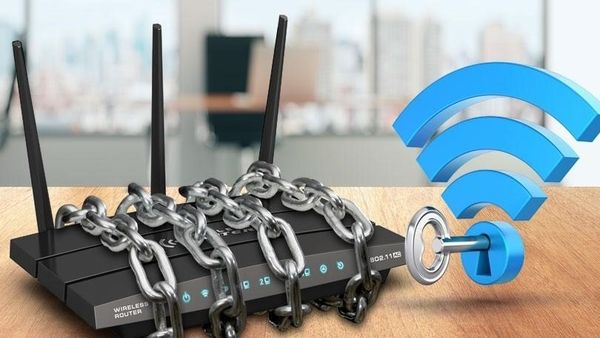 Have you ever felt that your internet speed has drastically slowed down? You’re watching your favorite show on Netflix and all of a sudden, the video quality drops instantly and you blame Netflix for the cause. Is that pixelization? Then how does Netflix indicate the stream is at 1080p? Sounds bizarre, right! In today’s fast-changing world, net neutrality is coming to a shutdown and the days will be gone when WhatsApp and YouTube will be accessed free of cost; the traffic on the internet will cease and many companies will force to shut down. Giant corporations, telecom companies and ISPs are forcing to get net neutrality out of the way, so as to reduce the burden on the bandwidth.

With almost 290 million US internets users in 2016, it’s one of the largest online markets to date worldwide. About 74.5% of the entire US population accessed the internet as of 2015 which is equal among the males and females. But internet, as being a network itself, has a limit when it comes to bandwidth. The more traffic on the internet, the slower your network will be. Think of it as a “one-way lane” where vehicles are approaching from both the ends. What’ll happen? Things will come to a halt.
That’s the case of ISP Throttling.

What Is Internet Throttling?

Throttling is defined when your Internet Service Provider intentionally reduces the speed of your broadband internet connection. Such counter measure of throttling is used by ISPs and other networks to regulate a networks traffic in a smooth and precise flow to avoid internet traffic congestion.

A network is made up of clients and servers, where servers store multiple amounts of data which are utilized by clients. While clients are computers that request data from the servers. How will you know your internet is being throttled?

Some bandwidth throttling is tricky to detect so if you suspect that your provider has this enabled, you should go through the following hints.

Companies gain a lot from bandwidth throttling, for example, an ISP might throttle bandwidth during designated times of the day to decrease congestion on their network. This lowers the amount of data they have to check and process, leading to them saving cost regarding buying faster equipment to cater internet traffic. Another reason might be the throttling is happening only for a certain website.
Let’s say hypothetically ISP may throttle when heavy data is being downloaded or uploaded from a specific website or Peer-to-Peer file sharing. So, ISP-based data throttling is most commonly used, but it can also happen within business networks if your work computer may have an artificial limit placed on its internet connection by the system administrators.

It’s not about which or who, it’s about who hasn’t been throttled. It’s safe to say every other customer has been throttled at least once. In recent years throttling has been outlawed in the US, it still exists in other countries especially in underdeveloped nations where broadband connectivity is on the verge of making progress.
With a slight change in the regimes of the US, bandwidth throttling is making a comeback. It can be witnessed the ISPs will be losing their old ways while tuning some new changes in the data throttling dimension.
In 2007, Comcast utilized an application from Sandvine to throttle BitTorrent traffic and the app would shatter every seeding connection with a user’s new peers after a few seconds of not being on Comcast user. Moreover, a report in 2008 claimed Cox communications got habitual of interfering with BitTorrent traffic on a regular basis.
That being said, most reports of ridiculous throttling by US networks peaked in 2008 when FCC started investigating deep within the internet providers bandwidth throttling. The habits of the FCC chairman regarding bandwidth throttling became rules.

How to Prevent Your ISP from Throttling Your Internet Connection

We believe going to the authorities will settle our losses when it comes to throttling. Even the straight path of stopping your ISP from throttling your data streams doesn’t call for filing a complaint and hiring a lawyer to file a suit for compliance with the FCC. Any of the efforts will take months of proceedings and a handful amount.
Its time to play smart in the digital world and the easiest way to fix this problem is by using a VPN or proxy server.

Like it’s said, ‘slow and steady wins the race’; same goes for Proxy servers. These will offer slower download speeds but gives you the edge of being bulletproof from throttling. There are pay-for-play services where you need to go sign up for a good VPN provider, and it will provide data encryption and much better protection than any other proxy server.
A proxy server acts as a liaison or an intermediary taking requests from client Pcs (that would be your computer) and delivers content from other computers to the clients. The server can easily set up to make P2P requests. It’s advised to stick to those proxy service providers who are honest and ideal in their services without fearing that someone is keeping an eye on your activities.

When all fails, VPN comes up as an excellent choice for creating a wall against ISP from throttling your everyday traffic especially P2P/Torrenting traffic. A good VPN keeps your data and content encrypted that you are sending and receiving, directing it through a protected tunnel which no one can look into. Your ISP will be able to peek that you are sending and receiving data but what the data is won’t be visible to them.
A VPN connection will stop your ISP from detecting you are using your internet for Torrenting or any other traffic but it won’t protect you from data throttling that comes in when you use extensive monthly data allotment.
That being said few things need to be kept in mind when getting a VPN since not all VPNs will provide you safety from internet throttling.

All these things on the surface may look as if all VPNs cater these. But they do not. Do not be fooled if the VPN provider lists that it keeps no logs. Only then you will be able secure your internet connection from being throttled. A USA VPN is the one that you should use as it will allow you to be anonymous and a US citizen at same time.

Majority of the throttling issues can be solved with a VPN but it’s not the ultimate solution and at times doesn’t work. If your service provider is creating a data gap, encryption also doesn’t do well to prevent it since the amount of data being used cannot be changed. Therefore, by the end of the day, you require is a reliable high-speed connection to get to your favorite online game or movie. Try not to get your ISP get in the way of your happiness.