5 Reasons to Leverage AI in the Data Center 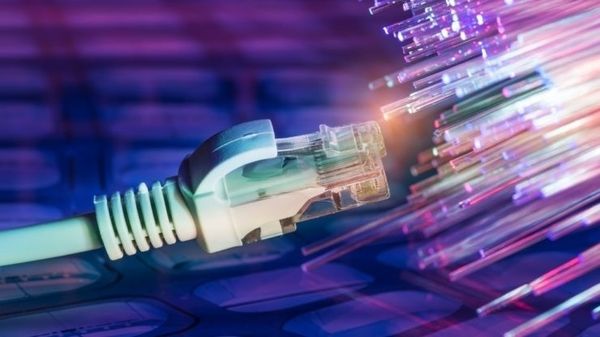 Server virtualization in business environments is not a new thing, and it’s definitely here to stay. Computer scientists have been researching the concept back in 1960, but it wasn’t until it first appeared in commercial use through tools like VMWare and Virtual Box that it became popular and widely used.

However, other experts believe that the craze that followed the virtualization trend in the early 2010s is slowly decreasing. Virtualization administrators are not as sought after as they were at the beginning of the technology’s heyday. Finally, in 2016, Gartner published a report that claimed the virtualization market is “reaching its peak“.

When we talk about virtualization, it’s usually in the context of server virtualization. However, there are many other platforms that can be virtualized, and the industry will start implementing these types of virtualization even more in 2020.

Other types of virtualization, ordered by their adoption rate, are:

All of these virtualization categories have an adoption rate of more than 30% (according to SpiceWorks), which means that their effectiveness has definitely been recognized by organizations, but they have a lot of catching up to do with server virtualization.

Virtualization in the Cloud

Cloud-based virtual environments are still not massively used across all industries. According to research, the use of virtualization in the cloud is under 10%. However, SpiceWorks’ research shows that many of the surveyed organizations plan to shift to the cloud within the next 2 years. 59% of organizations plan to use one of the three most used cloud-based virtualization solutions:

This is definitely an area that leaves a lot of space for development and growth in adoption rates. Currently, only 3% of companies have migrated all of their virtualization workloads to the cloud. As the technology develops and new players enter the market, this number could significantly grow in 2020.

Given that the shift to the cloud is the trend of the previous decade across all industries and sectors, naturally, the virtualization industry had pushed it as far as possible, too.

Adopting multi-cloud technologies that allow businesses to be independent of a single cloud solution provider has shown to be a trend in 2019, very likely to continue into 2020.

As you can see from the results above, 67% of companies reported using more than one public cloud infrastructure service provider, according to ESG’s research.

Storage virtualization solutions are still not mainstream, but they definitely have big chances of becoming so in 2020. This type of virtualization has many benefits, among others, cost-efficiency and a higher degree of flexibility and control over a company’s physical storage.

Storage virtualization technology is already used by almost half of SpiceWorks’ surveyed companies, while 12% more plan to implement it within the next 2 years.

To replace NAS and SAN devices, 25% of organization stated that they plan on using software-defined storage. They have listed the following reasons for the adoption of this technology in 2020:

When it comes to what we can expect from virtualization in 2020, it’s not all sunshine and rainbows. Unfortunately, as hacker attacks and penetrations become more sophisticated than ever, the industry has to keep up with the defense, so as always, it’s always a game of cat and mouse between the security department and those who want to enter a virtualized environment.

Many people believe that virtualized environments are more secure than “real ones”, which is true in some contexts. In some ways, virtualization solutions are much safer than physical technologies and much more dangerous in some other aspects.

In 2020, we can expect that the focus of virtualization solution providers will be on tackling security issues to provide an added value for their users.

Among the most commonly listed issues of virtualization technologies is the fact that there is often incompatibility with hardware. This can erase all the other cost and time-efficiency benefits it offers compared to physical solutions and actually make your workload even more demanding.

Any type of software that depends on hardware can result in problems with virtualization, regardless of the fact that virtualization’s basic task is to abstract workloads from the underlying hardware. There is also the fact that before virtualization, administrators have to ensure that the new, virtualized environment will be a reflection of the old to a very high degree of similarity. This makes the area of incompatibility even narrower.

Given that this is a common complaint among virtualization administrators and users, we can expect that it will, beside security, be among the top priorities for virtualization companies.

All of the findings from the research studies outlined above show that there is definitely still room for progress in the virtualization industry. As the needs of businesses change, virtualization solutions will have no choice but to keep up.

Among the most important ones are the expected shift to the cloud (partial or total) and shifting the focus from server and desktop virtualization to other types of this technology. Other important aspects will include issues and challenges that virtualization service providers will have to tackle in order to preserve their market share, such as increased security concerns and hardware incompatibility.