UPDATE: How to Protect Against Fraud on Cyber Monday

This Week in Getting Hacked: Parking Garages and You

What Is NoSQL and Why Do You Need It For The Internet of Things? 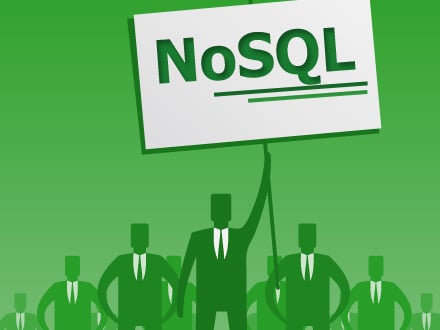 But are you preparing correctly? Probably not if you have a huge database. It’s going to slow you down, make you frustrated, and generally give you a rough time.

Unless you implement NoSQL. In which case, get to adding that ASAP to your database.

Our good friends over at WIkipedia define NoSQL as a “mechanism for storage and retrieval of data that is modeled in means other than the tabular relations used in relational databases.”

What that means is simple. Kind of. NoSQL can organize your data for faster retrieval of it which will help your Internet of Things life overall. So if you have thousands of devices all trying to access your data simultaneously in your Internet of Things lifestyle, then eventually all that data is going to end up like the streets of London during rush hour (trust me, that city was not built for that kind of traffic).

Matt Asay on readwrite.com describes how data has been predictable for the past 30 years. Asay pens, “companies would store customer data in the rows and columns of a customer-relationship management system.”

How Does NoSQL Benefit the Internet of Things?

I want you to take a moment and think about all the headlines you’ve read in regards to the Internet of Things. It can get pretty doomsday talking about the millions and millions of interconnected devices. Asay believes that NoSQL is about to explode to solve this problem. In a study done by VisionMobile, they estimate that there are roughly 300,000 Internet of Things developers out there today, but by 2020, that number will grow exponentially. That calls for a summoning horn of NoSQL developers.

If these developers can get the Internet of Things going full-steam-ahead and data can be organized even without being predictable, then those millions and millions of devices will run rather smoothly at the onset.

But there are some issues involved.

What Are Some Problems Facing NoSQL and the Internet of Things?

The main problem is simply scale. That’s right, the Internet of Things could out-scale NoSQL before NoSQL is even ready to do it’s job. It would be like showing up to with a sledgehammer to demolish the shed in your backyard to only have that shed turn into a skyscraper overnight.

Therefore, we need some really smart people to figure out some really smart things to do with NoSQL—make it scale simultaneously with the Internet of Things or at the least make it really flexible for updates to happen quickly.

It is only then that developers and database owners alike will adopt the Internet of Things and the world can get along to being awesome.