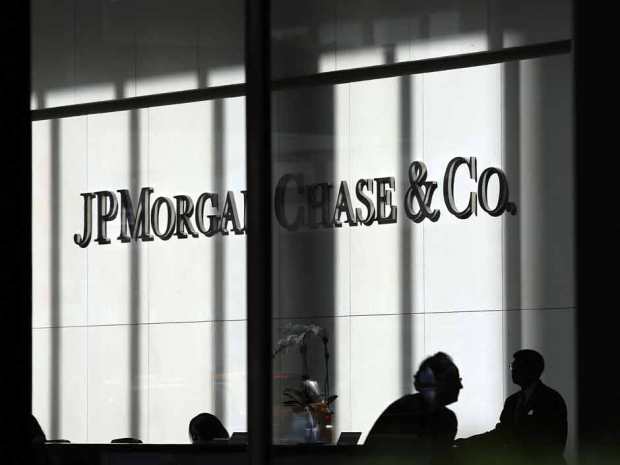 Whether you look back on 2014 with malice or glory, it was undoubtedly the year of cyber security—or lack thereof. It seemed like every week there was a huge company or organization that was under siege from the the world’s greatest anonymous bad-guys. No amount of firewalls or security precautions could stop them as the hackers always seemed to be one step ahead.

But in the grand schemHome Depot security supervisor Jeff Mitchelle of cyber attacks, was 2014 the worst? Take a look at this chart from Reuters that details the number of cyber security hacks since 2005:

Why then, were they so much more prominent in 2014, even though there have been the least amount of attacks since 2009? Maybe it was a slow news-year, but it was more likely not the amount of hacks in 2014 that made it so infamous, but who got hacked.

Who then, were at the forefront for the worst cyber crimes of 2014? It was difficult to narrow down, but here is our top (bottom?) five:

5 – Why Home Depot Was Warned, but Still Got Hacked

Home Depot’s cyber security fiasco happened this past September after some of the larger contemporary retail-hacks had already happened. That’s right, Home Depot certainly wouldn’t want to be put in that kind of light, and certainly they would have upgraded their security, but no—they still got hacked.

More than 56 million customer credit cards traced to sales at Home Depot were for sale on the black market. Ouch.

Fortunately, after years of not encrypting their customer’s credit card data on its registers and computers inside stores, Home Depot completed a major security project in their US stores that will hopefully prevent this type of thing in the future.

4 – Why Apple’s iCloud Hack Revealed a Little Too Much

The cyber-threat-awareness media-campaign was catalyzed by Apple’s iCloud hack which revealed thousands of private and intimate photo leaks.

In what has been coined as “Celebgate,” nude celebrity photos flooded the internet and eventually started an FBI investigation into the site which hosted them:

Apple (being Apple) said that the security hack was not their fault and that people should be more careful in what they upload to iCloud (so, how is it not their fault again?). In fact, they even wen as far was to publish an open letter on privacy as a result. This security hack has lead to an overall internet-privacy issue, many lawsuits, and countless Google searches to be sure. But the main issue at hand is the growing popularity of the cloud compared to the security it offers.

It seems that no matter what service one signs up for these days, some part of it stores critical information on the cloud. Based on the amount of cloud-hacks this year, it might serve you better to get one of those fancy dedicated servers instead. Shameless plug is over. Let’s move on to No. 3.

3 – How Companies as Large as Target can be so Clueless

Wait, didn’t this happen last year? Yes, but Target was so clueless, all the details came out this year—so we’re adding it to 2014.

Before we even start, check out the dedicated landing page Target made on their website regarding the issue.

That should be enough to see just how bad this data breach was. And the number of affected customers seems to keep rising and rising.

When the news first broke, Target said that 70 million customer’s information may have been compromised. Now that number is in the hundreds of millions. And it’s not hard to imagine.

The most shocking part of all of this is that Target had no clue for a while. The freaking Department of Justice had to tell them about it. That’s sad. And that’s why it makes this list at No. 3.

The most recent cyber attack revolves around some comedians and tech titan, Sony.

When Seth Rogan and James Franco decided to make the movie “The Interview” the plot of which revolves around the assassination of North Korean dictator Kim Jong Un.

Well apparently somebody wasn’t too happy about the making of this movie and decided to hack Sony, the producing company which funded the movie. Billions of files were hacked revealing shady business practices and other things.

North Korea is one of the suspected culprits (even though they keep denying it) and the movie has been pulled from theaters after terroristic threats were made if it were to be shown.

While the idea of a bunch of comedians making a movie can cause this much stress might be the basis of another comedy movie, these threats should be taken very seriously.

1 – Why the JP Morgan Cyber Attack is Frightening

It’s never good when banks get hacked. That’s about the worst thing that could possibly get hacked, right? Well, it happened to JP Morgan Chase and it was bad.

More than 76 million households were affected—anything from addresses, phone numbers, and email addresses were acquired by the hackers and that’s just what was reported. In fact, it’s rather strange that JP Morgan refuses to admit how bad the hack actually was. Especially since those 76 million households make it the largest cyber attack against a bank in history. That’s right. Ever.

With a bank that large becoming a victim of a cyber attack, it raises questions of the national security of the nation’s banks in general as ABC News explains below:

If something as large as a major bank can be the subject of a cyber attack, then it’s no wonder why 2014 has become the year of cyber crime. And it’s also why JP Morgan takes the No. 1 spot for worst cyber security hack of 2014.

For a neat interactive-visual of cyber attacks throughout the year, check out informationisbeautiful.net’s “World’s Biggest Data Breaches.”