What Will Be the Impact of 5G Technology on Data Centers?

How Hybrid Data Centers Can Help to Optimize DCIM

Can an Antivirus Completely Protect Your Data Center? 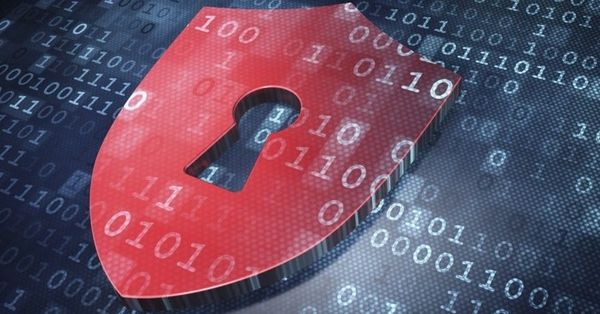 Despite the popular belief, data centers aren’t “bulletproof” against hacker attacks. You may be in more danger if you own a server because cybercriminals will come at you in full force. There are quite a few antivirus products on the market, but not all of them are suited for a data center. The good news is – with a top rated antivirus, you can stop worrying about any outside threats.

To put it, a data center is hardware that holds information (for businesses, governments, et cetera). Also, the fact that this data can be accessed from every corner of the world turns data centers into a useful tool. All authorized parties can get the same information without actually visiting the location of the data center. However, since information is being freely transferred between various computers, that makes it easier for criminals to get a hold of it.

Protection for a Data Center

Valuable information can be sold to rivaling parties or used to blackmail business owners. Encryption, password protection, protocol security, and firewalls are all highly effective. Still, no data center will be safe without a proper antivirus. Corrupted company files may be gone forever, and advanced malware is capable of destroying large chunks of data (unless there’s an antivirus to eliminate it).

When it comes to data centers, there are three main “points” that need protection. Those include the desktop, the server, and the gateway. Let us go over every single one and see how an antivirus solution can help you protect critical information. Every single point we just mentioned has its pros and cons – we’ll talk about them as well.

In the past, desktop protection was the only “area” where antiviruses were used. These days, it is still crucial for securing data centers, but it has a big con. The thing is – for it to work, every single end user needs to update his/her software regularly. Also, it’s tough to keep track of them all, which puts the center in danger.

Modern-day desktop antiviruses have numerous auto notifications. It’s a common thing for people to forget about them, put them off, or ignore, which, again, makes the entire system vulnerable. Here’s how desktop protection works: the antivirus scans the drives and RAM (memory), searching for malicious code from the database.

Also, the second it finds a potentially dangerous file/app, the user gets notified. Next, the user can choose one of the following actions: deleting the virus, trying to clean the files/apps, or putting them into quarantine. That’s all you need to know about desktop antivirus protection. It isn’t perfect, but, to this day, data centers include it as a robust layer of defense.

In this case, the antivirus solution works on the email server level. That means most malicious codes will be eliminated even before they find their way into the users’ computers. Sadly, even with an antivirus guarding the servers, viruses do manage to get into the network. Server protection is just as important as desktop protection, but, in most cases, it comes as a “bonus,” and that is why international companies use it.

If you rely only on the server antivirus, and malware makes it into the desktops, nothing will stop it from corrupting/destroying sensitive business data. Therefore, you need to use it all together, including the next (and final) protection – on the “gateway” level. It works similar to server protection but has a slightly different approach.

The idea here is to stop the malware at the furthest point, way before it gets a chance to reach the network. As long as the viruses/corrupt messages are kept at bay, they won’t be able to do any harm to the data center. Gateways haven’t been around for a very long time, but they’ve already proven to be a worthy addition to server- and desktop-level protection.

Integration of antivirus software into the network hardware is the heart and soul of the gateway approach. At the gateway level, the antivirus scans all incoming messages, looking for any potential threats. Also, when it finds infected messages, it either stops, quarantines, or deletes them. According to the experts, this forward-thinking solution is highly promising and will, most likely, become the new normal in the upcoming years.

With integrated products built directly into the networks, it will become much more comfortable to protect data centers from outside threats. You should know that world governments also use the data center/server approach, and that is one of the reasons why endpoint security is becoming a big part of the world we’re living in now.

Windows server is the most popular and user-friendly server OS, and to this day, businesses are using Win Server 2003, even though 2016 is already available. In many ways, 2003 is the server version of Win XP, while 2012 is the server equivalent of Win 10. Before committing to any antivirus software, don’t forget to compare it to other products and be sure that it is precisely what you need.

Having a virus on your own, personal device is one thing; putting an entire server in danger because of a faulty antivirus is an entirely different story. Automatic scanning, silent mode, and low system impact – those are some of the qualities that you should be looking for in a server antivirus.