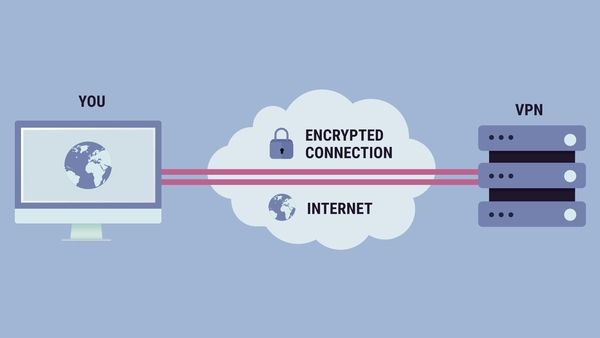 Data centers are the lifeblood of any VPN network. Without them, VPN providers would not be able to function on a scale which would allow them to provide secure internet connections to millions of users across the globe.

A virtual private network (VPN) is a piece of software that creates a secure, encrypted “tunnel” to a remote server through which a user can connect to the internet. In facilitating this encrypted connection to the internet through a remote server, a VPN enables users to browse the web privately and conceal their online activity and communications from the prying eyes of hackers, government surveillance, and even their internet service provider (ISP). Additionally, VPNs are regularly used as an effective means to evade government firewalls and internet censorship efforts, as well as to unblock geographically restricted content worldwide.

With that said, let’s take a look at a few ways in which VPNs and data centers can be considered a match made in heaven.

Arguably the most important quality of any VPN or data center is security. Privacy and security are at the very core of what VPN providers pledge to their users. VPN users place a great deal of faith in their VPN providers to protect their online privacy and keep them safe from the multitude of security risks they may encounter on the internet. The peace of mind promised by VPN providers is invaluable, and it is essential that consumer trust in the product is never compromised.

VPN providers put a great deal of faith in data centers to secure their servers both physically and virtually. Data centers must employ the highest security standards to adequately protect the massive amount of sensitive data flowing through the servers entrusted to their care. Physical access to the data centers must be highly restricted to only critical staff and enforced by trained security personnel, physical barriers, adequate monitoring, and video surveillance, etc. The virtual security of servers housed in data centers is also crucial. Prevention of remote unauthorized access to data center systems can be achieved through proper encryption, multi-factor authorization, firewalls, clearance-based access, and constant monitoring.

Cybersecurity and network infrastructure expert Nick Espinosa’s first law of cybersecurity is that “if there is a vulnerability, it will be exploited.” Data is a goldmine for cybercriminals, and data centers can be a prime target, simply for the sheer amount of data stored in their systems. Therefore, data centers must uphold and practice the strictest of security standards, both physical and virtual to limit any vulnerabilities that could potentially be exploited. VPN services rely on the security measures implemented by data centers to offer proper online security to their users.

Not much is more frustrating for a VPN user when a server is down on the VPN network. Proper maintenance and management of VPN servers housed in data centers are therefore imperative for optimal server uptime standards for VPN users. Network reliability is critical because the VPN user’s online privacy could be compromised if the server connection is unreliable.

In addition to proper server monitoring and maintenance, the overall design of the data center plays an essential role in keeping systems online and available. First of all, data centers should be designed with adequate and multiple layers of backup power supplies such as battery banks and diesel generators to ensure systems are up and running and servers are powered at all times. Data centers must also be designed in a way that protects their assets from potential natural disasters. Adhering to sufficient fire prevention standards as well as safeguarding servers from other threats such as flooding, tornadoes, hurricanes, and earthquakes is imperative. Ideally, data centers should be located in areas that aren’t especially prone to natural disasters. Temperature control in the areas where servers are housed is also an important consideration. Ensuring that machines do not overheat is vital to optimal server functionality.

VPN providers and their users rely on data centers to deliver quality servers that are reliable and operate efficiently.

Another essential quality that users typically look for in VPN providers is the size and scope of the provider’s network of servers. Data centers spread out around the globe allow VPNs to fulfill consumer demand for a full range of worldwide server locations. The scope of the VPN provider’s server network is vital to users for several reasons.

To begin with, many people use VPNs to unblock geographically restricted content and enjoy a host of content worldwide that would otherwise be unavailable in their geographic region. For instance, the Netflix US library is highly sought after due to its significantly more comprehensive selection of content versus other Netflix libraries around the globe.

Therefore, many VPN users outside of the US will rely on their VPN providers to gain access to the geographically restricted Netflix US library by connecting through a VPN server located in the United States. Essentially, data centers around the world allow VPN providers to offer their users the ability to unlock all sorts of otherwise geographically restricted content worldwide.

More importantly, VPN servers housed in data centers near countries with strict internet censorship and government surveillance practices are essential for VPN users located in these areas. Connecting through a secure, encrypted VPN tunnel allows VPN users to bypass internet censorship, access the free and open internet, and protect themselves from government surveillance.

For example, China’s government surveillance and internet censorship tactics are well-documented, and many people rely on VPNs in China to access sites like Facebook, Twitter, and YouTube, to communicate freely with friends and loved ones outside of the country, and to give themselves sufficient protection from heavy-handed government surveillance policies. Having VPN servers located near such restrictive areas allows VPN users in these areas to access the open internet and enjoy true freedom of expression without the burden of government interference.

Server speed is another prominent characteristic of VPN users value in their VPN providers. Data centers that provide dedicated servers and can deliver sufficient bandwidth to thousands of users at a time are vital for VPN providers offering fast server speeds to their users.

VPN server speeds are a top consideration for users because fast connection speeds are essential for a multitude of online activities including streaming, file downloads, gaming, and VOIP. Added to that, fast, dedicated VPN servers can often speed up a user’s internet connection if their ISP happens to engage in throttling tactics.