What Will Be the Impact of 5G Technology on Data Centers?

Mobile Phones Are Everywhere, but Are They Protected? 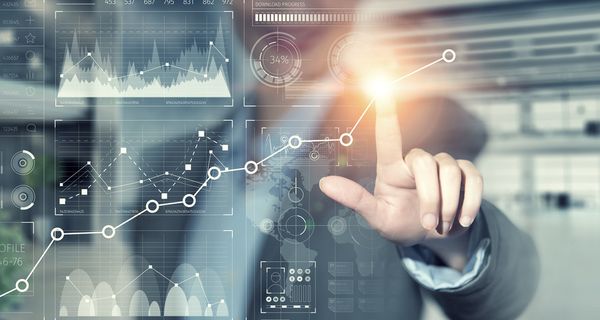 “I do not fear computers. I fear lack of them.”

It’s hard to believe, but even just a few years ago, the ability to send a text message seemed unfathomable. After decades of researching, testing, and implementing, mobile phones aren’t just a part of everyday life now—they’re integral.

By the end of 2019, it’s estimated that there will be more than 6 million global smartphone users.

All around the world, smartphones are used to interact with people, schedule appointments, watch movies, play games, look up information, and so much more. Mobile phones are even replacing personal computers both at home and in the workplace. Unfortunately, though these devices are relatively easy to use, they are just as easily hacked into.

Whether it’s a high school kid spending 100% of his or her time on the phone or a CEO sending out an important work email, everyone needs to remain vigilant to keep their sensitive information out of the wrong digital hands.

The Dangers of Mobile Malware

Software that is specifically designed to disrupt, damage, or gain unauthorized access to a computer system.

Mobile phones are computer systems — and they are not as secure. Without a doubt, malware is written to cause harm and can be versatile.

Here are some specific types of malware that can cause significant damage to your device’s hardware, software, and your bank account:

Additionally, here are some signs of mobile malware attacks that you should keep an eye out for:

Although noticing one or two of the signs mentioned above don’t always mean your device is under attack, it’s still important to pay attention and carefully investigate to limit — and possibly reverse — hardware/software damage. A cell phone’s battery life and performance will surely hinder as the years go by, and that’s perfectly normal. But when combined with unexplained charges, pop up ads, and new apps you did not download — you could be facing a severe malware-related problem.

That’s when it’s time to act.

“We are giving away too much biometric data. If a bad guy wants your biometric data, remember this: he doesn’t need your actual fingerprint, just the data that represents your fingerprint,” said Mike Muscatel, Senior. Information Security Manager at Snyder’s-Lance. “That will be unique, one of a kind.”

Thankfully, there are things you can do to protect your personal, professional, and financial information from mobile malware attacks. Here are some great tips for keeping your phones safe and malware free:

Mobile phones aren’t going anywhere. As cyber threats continue to evolve, it’s imperative that our cell phones do, as well. Additionally, users need to do everything they can to prevent these malware attacks and regularly monitor both their device and the devices used across their commercial network. To add to that, though organizations are wary of cybersecurity regulations, if done correctly, the digital landscape could be much more secure and harmonious down the line.

The next generation of smartphones will likely be context-aware, meaning they’ll take advantage of the growing availability of embedded physical sensors and data exchange abilities. Our mobile phones will soon be able not only better to keep track of our sensitive information but adapt and anticipate incoming threats. The future of mobile usage can be intimidating, yes, but it is also exciting.

“This is why I loved technology: if you used it right, it could give you power and privacy.“