6 Tips For Anyone Seeking To Engage a Tech Staff

This Week in Getting Hacked: Don't Hack Back Edition

Unless you’re a scientist (or Jaden Smith (is that reference outdated yet?)) then you probably don’t think about magnets all too often.
Even more, there’s very little thought about magnets when you’re dealing with computers because we’ve all grown up thinking that magnets are plain awful for computers.
So how the heck are magnets going to solve a potential data storage problem staring Moore’s Law right in the face? 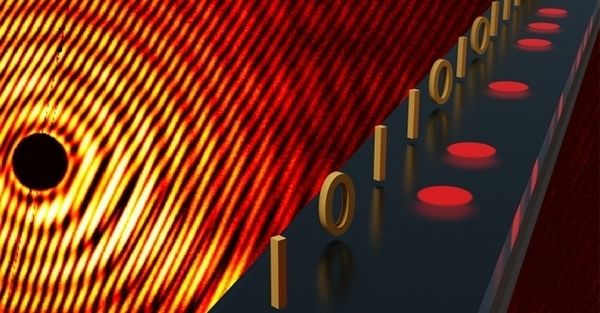 Because magnets are awesome.

What the Heck Is a Skyrmion?

Magnets behave differently in different environments and situations. There was a magnet-behavior discovery a few years ago that kind of went unnoticed until some geniuses at MIT noticed tiny disturbances in magnetic orientation called “skyrmions.”
According to MIT, skyrmions work by:
“Rather than reading and writing data one bit at a time by changing the orientation of magnetized particles on a surface, as today’s magnetic disks do, the new system would make use of [skyrmions]”

How Do Skyrmions Help with Data Storage?

The virtual particles in skyrmions occur on metallic film pressed against a film of a different metal which is then manipulated using electric fields. This allows data to be stored for long periods of time without the need for additional energy. 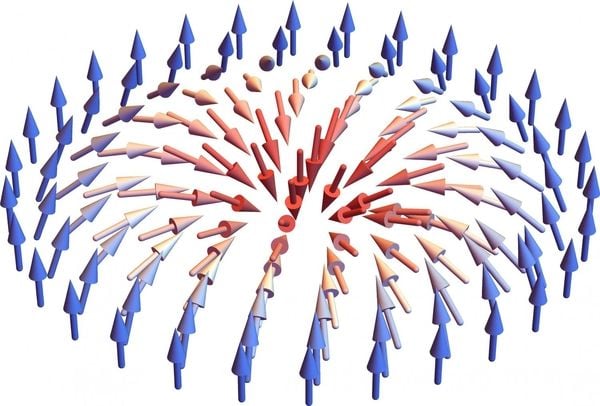 Remember how skyrmion’s usefulness took a while to get noticed? That’s because at their genesis they were completely random.
Associate Professor of materials science and engineering, Geoffrey Beach, has collaborated with his co-workers to demonstrate how to control skyrmion particles which is key for using them with data storage.
But an efficient system still needs to be created for skyrmion-data-storage to become commercialized.
For a more technical breakdown—of which I am not nearly qualify to divulge to you here—please read the article on MIT’s website here.

You’re probably familiar with Moore’s Law, but if you’re not, it a theory popularized by Intel co-founder Gordon Moore which states that the processing power of computers would increase (with cost decreasing) every 18 months.
Moore’s law also applies to data storage where storage increases (and cost decreases) every 18 months.
But in regards to data storage, Moore’s law is in trouble. And that’s not a bad thing and that has to do with skyrmions. Those electrical-field particles can store data for much longer than traditional methods. It’s always there. It’s always ready to go and it lasts an awfully long time. Longer than 18 months, that is.

How Will Skyrmions Be Utilized for Data Storage and Processing?

MIT isn’t the only university on top of the skyrmion phenomenon. Associate Professor Yang Hyunsoo from the Department of Electrical and Computer Engineering at the National University of Singapore’s (NUS) Faculty of Engineering and his team have invented an ultra-thin, multilayer film which harnesses skyrmions for use in data storage and processing.
Now, we said “ultra-thin” but what does that really mean. We’re talking sizes below 100 nanometres which can be viewed by (warning, more technical jargon) the collaboration between the NUS researchers (including Hyunsoo) and the Lorentz transmission electron microscopy (L-TEM) at the Brookhaven National Laboratory in the United States.
L-TEM has the ability to “image” magnetic structures below 10 nanometres.
An interesting origin story of the skyrmions is that they were predicted to exhibit zero signal when viewed that microscopically.
Of course, all it took was a little tweak to realize the potential of skyrmions at this level and that’s leading us to a new frontier of data storage and processing.
For a little different application of this kind of thing, take a look at The University of Washington’s School of Computer Science and Engineering’s video:

But what other innovations in the realm of data storage are out there?
Well, we’ve written about a few of them before….
5D Data Storage
If you’re looking for an “eternal” data storage solution the University of Southampton has found a way to store data forever.
It’s called 5-D data storage, and at the same size as a CD, it could be used to store as much as 360 terabytes of data, with an estimated lifespan of up to 13.8 billion years. That’s five times the information held in the Library of Congress, with a longevity equal to the entire existence of the universe as we know it.
Read More
DNA Data Storage
Imagine being able to store every bit of information you’ve ever learned in something as small as a drop of blood. This is what scientists are striving to do with the study of DNA data storage. What is this new and unusual type of storage? How does it work? Most importantly, what are the potential uses and implications for this new type of storage technology? Read on to find out.
Read More

Data storage is a necessity. We all know that. The growing amount of data and the growing human population requires it to be innovated more often than not. The world revolves around data storage.
Hopefully these cool magnets will help lead the path where we don’t have to worry about data storage ever again. Take that, Gordon Moore.