This Week in Getting Hacked: Intel Won't Stop Pointing at Forever 21 Edition

The Way Forward from IPv4 Depletion 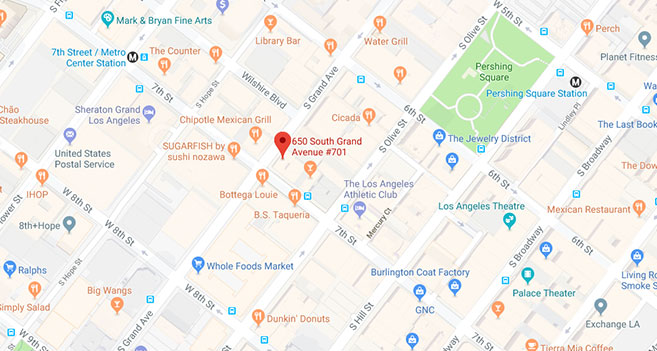 To be brief if you don’t already know, an IP address is the location of a device on the internet. Data packets sent over the net contain two IP addresses, one for the sender and one for the receiver. Everything has an IP address today; your phone, your tablet, gaming console, believe it or not, even some refrigerators. IPv4 has just a little over 4 billion 32-bit numbers, and they are almost depleted.
Seems like a huge number, to be running out, but with the staggering number of devices that are internet capable, and over one hundred million US broadband subscriptions that have IP addresses, the numbers do not seem so staggering. In the 1980’s there were millions of addresses given out to businesses.

Many of those businesses never even used the majority of the addresses. Thus, causing a flux of unused IP addresses to be held in queue and never utilized, giving the implication of depletion.
Everyone knew that the era of IPv4 (Internet Protocol version 4) depletion was coming. While some expected to find a way around it, others started preparing for a future with IPv6 (Internet Protocol version 6).
ARIN (American Registry for Internet Numbers) depleted its stock of IPv4 addresses on 24 September 2015. This prompted many organizations to get in line for new blocks of addresses by either joining their IPv4 Waiting List or exploring options via the IPv4 transfer market.
So where do these extra blocks of addresses come from? Some come from a redistribution of pace by IANA (Internet Assigned Numbers Authority) when businesses return unused space, and others from organizations whose addresses have been revoked due to legal reasons. Then there is the transfer market where buyers meet interested sellers and facilitate a mutually beneficial transaction.

What to Do If You Are Seeking to Buy IPv4 Space

You can use ARIN’s transfer pre-approval service, at no charge. This is not a mandatory procedure, but transactions can happen faster if pre-approval is sought early enough. To get the approval, you would need to explain how you currently utilize any registered IPv4 blocks and what your expected need for additional addresses over the next 24 months would be.
Many companies are going out of business that often sell off their IPv4 addresses, as well as other numerous sources to obtain IPv4 addresses including brokers who have realized the potential of buying and selling at a profit. However, finding the right broker to get the best deal can be a challenge.
Whether you are looking to sell space or buy addresses, working with a qualified IPv4 broker who understands the legalities involved in making a transfer can help make the transactions easier and more cost-effective.

What’s the Migrating to IPv6 Process?

With the growing IoT (Internet of Things) and hundreds of personal connected devices around the planet, the need for address space will continue to grow. Leading people to eventually migrate to IPv6 that can offer scalability in terms of trillions of addresses.
However, adapting to a whole new communications protocol comes with its own set of difficulties. To begin with, it has to make financial sense. One will have to do a careful cost-benefit analysis to convince stakeholders that the move is important, despite the disruption it can cause to daily operations.
Next, one would need to assess how ready the business is to embark upon the migration. To do this, an entire inventory of its technology infrastructure will have to be undertaken to understand if it can support the transition to IPv6 by taking stock of all the applications and devices that may not be able to migrate and decide if they are worth upgrading or not.
After the inventory and analysis, a plan will have to be drawn up on how to move ahead taking into consideration the logistics involved. To allow for an easier transition, businesses can consider a dual-stack implementation with IPv4 and IPv6 running concurrently. However, this too can be complex and must be supported by the right network infrastructure.

Five Tips before Migration to IPv6

Internet Service Provider (ISP) – Before migrating make sure your ISP is providing IPv6 services.
Network Infrastructures– Make sure your routers support IPv6.
The Firewalls – Check your firewall rules to be certain you are compatible and ready to go.
DHCP– Make sure you have DHCP6 to tell the IPv6 routers and addresses what DNS to use.
Network Audit– Audit legacy systems and analyze them for compatibility.
Undertaking the migration, in short, can take considerable time, money and planning, including training employees to handle the transition smoothly.

Global Rate of Migration to IPv6 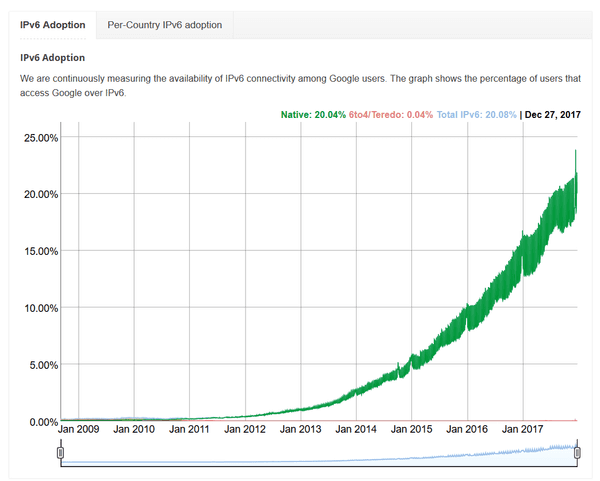 According to Google, about 21 percent of people access Google through IPv6. Only 25 percent of the world’s top 1000 sites are reachable over IPv6, according to Alexa. While several companies have already started migrating to IPv6, globally the trends are uneven. According to Akamai’s IPv6 Adoption Visualization analysis, while Belgium leads with 46 percent of IPv6 traffic, the U.S. is at 40 percent.
Several countries such as Spain, Italy, Ukraine, Taiwan, South Africa, China and Hong Kong are lagging far behind—dropping below 1 percent of traffic. Many others such as Philippines, Venezuela, Kuwait, Cuba, Chile, Turkey and more are yet to even come on board. It seems to be that since the Internet is more complicated and distributed than back when ARPAnet migrated from NCP to IPv4, transitions are happening at a slower pace in different countries and areas of the world.
There are many legacy (older) systems that lack the functionality with technology today but still works well in their current business set up. It is situations like this that hold many businesses back from making the transition to IPv6.
This would indicate that the current need for IPv4 addresses stays strong and businesses may have to look at the transfer market for now before deciding upon a future migration.