Infographic: How to Take Care of the Most Common Laptop Glitches

How DBA Experts Will Help Your Company Grow

A History of the Gigabyte 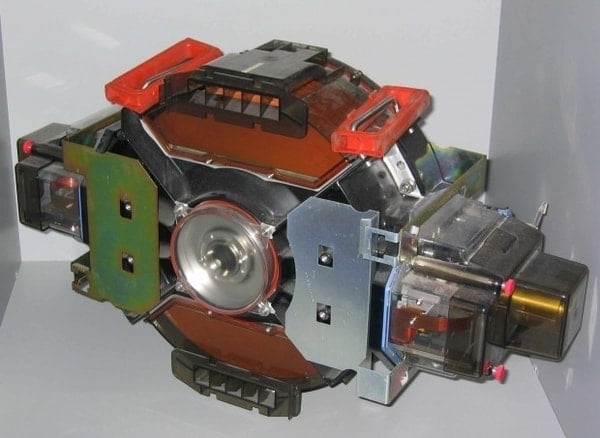 When one thinks about personal data storage these days, the most common tech-term thrown around is the gigabyte. Your phone has to have over 16 gigabytes (GB) to store all your pictures (use iCloud or Google Drive, people…), your laptop needs to have at least 4 GB of Ram and 250 GB of hard-drive space to be deemed respectable. All the talk is about the gigabyte. And for good reason.

Not long ago, yesterday’s version of a terabyte was the gigabyte. To have 10 GB of storage anywhere was once seen as having enough storage to last a lifetime. I remember growing up, our household desktop had 2 gigabytes (GB) of hard-drive storage and I thought I ruled the town!

But then, as time moved on, that once-beastly Sony Vaio became a once-beastly tech-dinosaur. Stupid Moore’s Law.

Nowadays most thumbdrives are far more than 2 GB and the cost for the same is about as much as bus-fare across town.

But why is that? What’s changed so much in the storage world to reduce the once-powerful gigabyte to penny-candy? Let’s take a trip through time. That’s right—another Colocation America history lesson. This time on the history of the gigabyte.

What is a Gigabyte?

It wouldn’t make much sense to talk about the history of the gigabyte without really knowing what it is. This might be redundant for some (in which case, please skip to the next section), but for the curious a gigabyte is a multiple for the digital information unit, byte.

Surprisingly, a gigabyte has a second definition of 1,073,741,824 bytes. How can one thing mean two very different numbers? Decimal and binary, of course!

Where 1 GB = 1,000,000,000 bytes is known as the decimal definition. This is commonly used to define the size of hard drives and data transmission speeds.

If you’ve ever bought a Windows computer with a marketed 500 GB of hard drive space, gotten home and checked only to see 465 GB listed by Window’s stats, you didn’t get ripped off. It’s just displaying the size in binary.

To fix this, the International System of Quantities standardized binary prefixes as having an integer power of 1024. With that prefix in place, 1 GB now = approx. 1 GiB, or one gibibyte.

What is a Gibibyte?

Now it might start to get a little confusing. Rest easy knowing that this section is really just for fun, as using gibibyte (GiB) is not that common, but it can still be useful.

1 GB is equal to approx. 1.074 GiB, approximately enough to still be listed as above (1 GB = 1 GiB). Basically it all boils down to the 1024 prefix for digital information unit conversions.

So, getting back to the 500 GB hard drive that Windows is reading as 465 GB, the label should read 1 GiB (or Windows should match their marketing…), but for the sake of the consumer, GB is far more common than GiB.

How Personal Data Storage Got Started

Let’s just admire this picture for a quick minute.

That’s from 1956 and it’s the hard drive for IBM’s 305 RAMAC computer. It weighs over a ton and can store a whole 5 megabytes (MB). Megabytes—not gigabytes. Today we can get 1,000 times that storage capacity in something as small as a paperclip.

If you were curious enough to click the Moore’s Law link above, then you can already assume what has happened. New technologies, innovations, budgets, etc. happened pretty much overnight. In 1957, I bet they could get 10 MB out of that thing, and so forth.

Follow that and we get the world’s first 1 GB hard drive: The IBM 3380 HDA, pictured below.

That was shoved into a computer in 1980. And that computer was roughly the size of a refrigerator (and a big one, at that).

So, it took us 23 years to go from 5 MB to 1 GB (realistically), so what about 2003? What was the common size of a personal storage device at that time?

Coincidentally (maybe), 2003 brought about the invention of the Serial ATA, which is a computer bus interface attached to hard drives which improves writing speed, transfer speed, all of which enabling a reduction of size and cost.

It’s not surprising, then, that the average hard drive size in 2003 was around 150-250 GB (according to some sleuthing done on the archives of bestbuy.com).

Today, you’ll be hard pressed to find a computer with less than 1 terabyte (TB, or 1,000 GBs) of hard drive space (speaking for desktops, laptops still need to catch up).

The History of Storage Cost

All of these bytes of data have to cost money. While size has gone up, price has gone down—what else can you say that about (oh, yeah, televisions…)?

Take a look at the chart below from Matt Komorowski of mkomo.com.

Absolutely incredible. In 35 years, the cost of a GB (measured in hard drive space per gigabyte) has dropped from $1 million to about $.05. That’s jaw-dropping stuff.

The Future of Storage

Physical (as the average consumer knows it) storage is coming to an end, sadly. As is Moore’s Law.

The rise of the cloud and the ability to stream things we used to download (music, movies) has rendered storage, and thus the gigabyte, to be not as important as it once was.

With that in mind, you’ll notice the shift towards smaller-storage-space solid state drives. Less emphasis on the amount of storage has led way to how fast you’re able to transfer your data—and that’s only going to continue.

While the megabyte had its day, only to be replaced by the gigabyte—the gigabyte looks like it will remain dominant (sorry terabyte). There’s just too many ways to instantly get content, that the typical consumer will have no need for the massive 1+ TB of space. The gigabyte looks to remain as king.