This Week in Getting Hacked: Geek Squad Is in Bed with the FBI Edition

How Cryptojackers Are Creatively Mining Cryptocurrencies 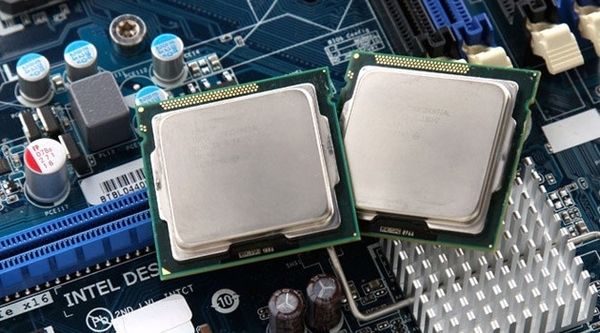 Are you in the market for a new computer? Or are you just wondering how powerful your current computer is? Maybe more specifically how many cores your personal computer has?

Knowing basic specifications can be tremendously helpful when purchasing a new computer, or when you’re trying to get the most out of your current computer.

One debate that is common when discussing computer power specifications is whether or not one should get a Dual Core or a Quad Core processor.

This article will help you make the right decision when purchasing your next computer. It will also explain the basic differences between the two processors.

A processor can be thought of as the brain of the computer. It is responsible for executing the programs within your device. Now will this computer be used for highly intensive tasks such as video editing, gaming, animation, or 3D modeling? Or will this computer be mainly used for browsing the web and checking email? Once you are able to answer these questions, you can decide how many cores will fit your needs.

If you are like many users who will be using their personal computer simply for browsing and checking email, the dual-core setup would be more cost-effective and energy efficient. Many Quad Core computers will run you about $900, but you can find older versions for a lot less. As for energy efficiency, because the Dual Core computer isn’t working as hard as the Quad Core it should theoretically last longer. Now besides saving energy and being more affordable, there are not many more benefits for having a Dual Core computer over a Quad Core. In fact, one can even find 6 and 8 core processors now.

Even though the benefits seem to be favoring a computer with more cores, this isn’t always the case. There is a misconception that having twice the amount of central processing units will automatically result in the computer performing twice as well. Although the computer with a Quad Core has more computational power versus the Dual Core computer, many users will not take advantage of this extra power with their non-intensive day-to-day tasks.

Although many day-to-day tasks don’t require much more than a Dual Core, there are benefits of a Quad Core processor are a little more tangible. Not only is it faster, and more powerful when it comes to highly intensive tasks, the Quad Core processor may also give you more bang for your buck in the long run. Because some programs and even certain internet browsers are geared toward a system with more cores now, a Quad Core computer could be considered entry-level in a couple of years.

If one will be using this personal computer for highly intensive tasks, the Quad Core processor can be beneficial in many ways. Multitasking with different applications and programs on a Quad Core will be more seamless due to its ability to distribute the workload to the multiple processors. Certain programs and applications including Adobe Photoshop, Final Cut Pro, and Avid Pro Tools, will use more power and will benefit from the Quad Core processor.

How Many Cores Does My Computer Have?

To find how many cores your current computer is running, for Windows users, simply pull up the Windows Task Manager by pressing the Ctrl + Alt + Delete keys and clicking on the Task Manager button. Next click on the performance tab. The number of cores is listed on the bottom right. This particular set of instructions is for those using Windows 10. Those with other versions may have some variations.

As for Mac users, finding how many cores your computer has is not as simple. First, click on the Apple logo in the top right hand corner and click the About This Mac tab. It will tell you what kind of processor your Apple computer has, but it may not tell you exactly how many cores it is using. You will have to input the processor information into a search engine and do the research yourself.

At the end of the day, one has to decide what their personal needs are. It could be argued that the boost in performance does not always justify the increase in price especially if the computer will primarily be used for simple tasks. But the average price difference between the two isn’t as much as people may think.

So the idea of multiple cores has to be taken with a grain of salt. There are other things to be considered as well. How much memory do you need? What size and speed of hard drive are you looking for? What resolution are you looking to render?? These are just a couple other aspects of comparing multi core processors, that one needs to keep in mind.

What Are My Computer Specification Needs?

Having a Dual Core or a Quad Core computer will likely be enough to fit most people’s needs. And depending on the other specifications one may need, both can be fairly affordable.

If you are looking for a computer to do everyday tasks, including browsing the web and checking email, a simple Dual Core processor might be enough for your needs. If you just want some extra power, a Quad core wouldn’t hurt you in any way—except for your wallet. If you are an avid gamer, a film editor, or an animator, you should definitely be looking toward a Quad Core computer or maybe even something more powerful than that. But looking at more than a Quad Core is another conversation.