How Data Center Cooling is Changing

How WiFi Is Going to Improve 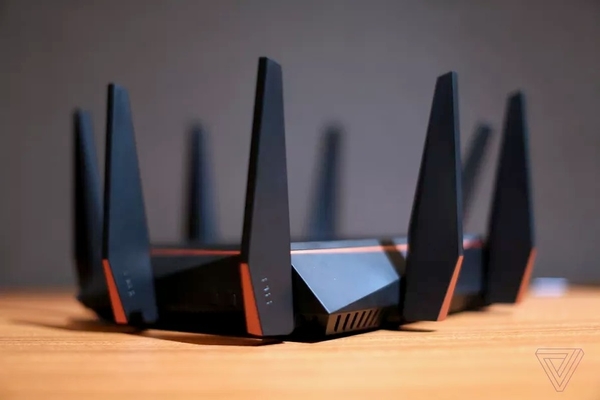 The way we connect to the Internet will change forever. We all know about Wi-Fi. It is a wireless networking protocol that lets all of our devices connect to the Internet without any cords. Most people have a Wi-Fi connection in their homes or at work. Most restaurants, coffee shops, and hotels offer this form of connectivity as well. But this technology hasn’t changed since 2004—until now.

A Brief History of Wi-Fi

In 1971, the Hawaiian Islands were connected through a UHF wireless packet network using Ethernet called ALOHAnet. But the beginning of Wi-Fi technology as we know it today was started by Vic Hayes, also referred to as the “father of Wi-Fi.” Hayes was the chair of the IEEE committee, which created the 802.11 standard. The standard radio frequency was created in 1997.
In 1999, a faster version was released called 802.11a. This version had a speed of 54 megabits per second, but had limited range and was very expensive. Soon after, 802.11b was released and had a greater range than its predecessor, and it was a more affordable version for the masses. Wireless networking became very popular and a group of companies created the Wireless Ethernet Compatibility Alliance (WECA). This organization tested wireless equipment aiming to advance the technology. In 2002, the term Wi-Fi (a combination of Wireless and Hi-Fi) was coined, and WECA changed their name to the Wi-Fi Alliance.

How Important Is Wi-Fi Security?

A new improved Wi-Fi is important because we all want faster Internet speeds and maybe, more importantly, we all want to protect our information.
Just recently, there was a newly exposed weakness in Wi-Fi connectivity. A researcher from Belgium found out that a hacker could sneak into your Internet traffic history and view all of your information as long as you were sharing a Wi-Fi connection. This was called the “Key Reinstallation Attack” or KRACK. Even if one changes their Wi-Fi password, a hacker can still get into your system if they know how to use KRACK.
Public Wi-Fi is probably one of the most unsafe connections there are. Anytime you use a Wi-Fi in a coffee shop, restaurant, or hotel, you are susceptible to attacks. Most of these places use an unencrypted network, which hackers can easily get into. No matter where you are, you should try not to use a public Wi-Fi network. If you are looking for extra security, using a Virtual Private Network can help you protect yourself even further.

What Type of Security Is My Wi-Fi?

What Are the Newest Wi-Fi Standards?

The Wi-Fi Alliance recently introduced a new protocol, Wi-Fi Certified WPA3, which will be the successor of the WPA2 Wi-Fi that we have all become accustomed to. According to the Wi-Fi Alliance, the next generation of Wi-Fi will be an upgrade to the older protocol focusing on new enhancements regarding security, primarily a stronger authentication system, and increased cryptographic capacities.
There will be two different types of WPA3 operations: a personal mode and an enterprise mode.
WPA3-Personal is the mode that most of us will be using. This new mode, however, will have an upgraded password-based authentication system. WPA3-Personal will also use Simultaneous Authentication of Equals (SAE), which will help prevent hackers from hacking your Wi-Fi connection. WPA3 will make it harder for people to guess your password over and over again.
WPA3-Enterprise will be most likely be used by the government and finance companies. This mode will have a stronger security system than the personal version with a comparable strength of a 192-bit cryptographic system. This mode will ensure the highest form of security for Internet connectivity.

When Will WPA3 Be Available?

Who is ready for the new Wi-Fi? Intel is gearing up with new 802.11ax chipsets.

Getting ready for adaption of the new protocol, Intel has announced that they will have chipsets ready for the new advancement in Internet connectivity. The WPA3 compatible, 802.11ax, promises faster speeds than its 802.11ac that came before. They are claiming increases of up to 40 percent higher peak data rates to be exact. Intel is also stating that there will be an improvement of at least four times in congested areas.
This is great timing because many homes are incorporating more smart devices. The need for faster connectivity is crucial in a connected home. The performance capabilities between the new 802.11ax along with the new WPA3 protocol should help bring us into the age of high-performance connectedness.

The new advancement in Internet connectivity will be welcomed news by everyone since we haven’t seen an update to the WPA protocol since 2004. Our personal information and the security of that information are important to everyone. We live in a time where hackers are becoming smarter so our system needs to be more intelligent as well. The Wi-Fi Alliance’s WPA3 update and Intel’s 802.11ax update will be faster and more secure than we currently know.
There will come a time where we will all need an upgrade from this the WPA3 protocol, but until that time comes—this is great news for our security.