Why Data Center Security is More about Detection than Prevention

This Week in Getting Hacked: Poodle Corp Drama Edition 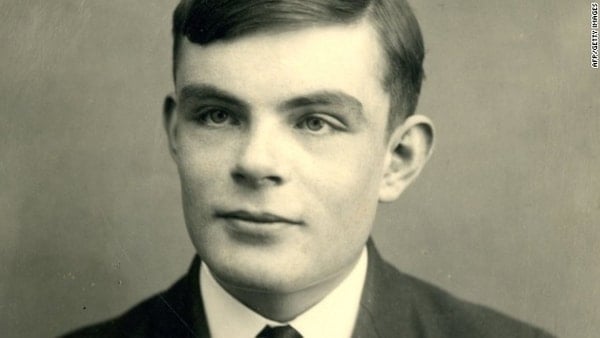 This blog is for the lonely and those with crippling social anxieties. But, if you’re a fully-functioning person-to-person talker, it can be fun as well. Eventually, you might not even know you’re talking to a bot, and when that happens those who are lonely or have debilitating social anxieties will be laughing alongside us within The Matrix.

But hopefully that doesn’t happen for a while. And, if you’ve been paying attention to the news, chatbots haven’t really figured out that bigotry and racism aren’t a great way to ensure you don’t get your plugged pulled.

With that, let’s delve into the amazing, charming, and always hilarious timeline of AI chatbots.

Before we do, let’s explorer why AI chatbots even exist in the first place. The ultimate goal, according to MIT is to have them predict cyber attacks at a higher rate than humans can, detecting 85 percent of all attacks.

Watch the following video for a little more about this:

Now, let’s get back to the chatbots.

How the Turing Test Got Started

You can’t talk chatterbots without first mentioning Mr. Alan Turing. Turing, the Turing Test’s namesake, composed an article in 1950 titled “Computing Machinery and Intelligence” which offered criteria for a test to determine if one was speaking to a human being or a robot. These criterion eventually became part of the aforementioned Turing Test.

Brainiac contemporaries of Turing set out to defeat his test and in 1966 the chatterbot ELIZA was created by Joseph Weizenbaum and was seemingly able to fool users into thinking they were talking to a human being. Being that this was 1966, ELIZA failed the Turing Test almost immediately to wit Weizenbaum was forced to say his experiment was simply a debunking exercise.

Debunking exercise or not, ELIZA used the principles of chatterbottery still used today: cue words, keywords/phrases and preprogrammed responses to such (e.g. a response of “tell me more about your family,” would happen at any mention of the word “mother”). ELIZA is a milestone of computer programming because it was the first time a programmer tried to make an illusion between a human-robot interaction—something that is still trying to be done today.

But PARRY and ELIZA were around in the days before personal computers, which means the sample sizes were rather small. How a chatterbot would react to the general public would be another thing entirely. Now, let’s get into the very first, more accessible available to the public, chatterbots where, in this blogger’s opinion, things start to get very interesting.

How AI Chatbots Got Their Reputation

AI chatbots of the early Internet age were great. At the time it was amazing that a robot could answer your question with the seeming intelligence of a real person. Nowadays they seem so dated in comparison to some of the chatterbots we’ll be discussing later.

One of the earliest ones that the mass population could tinker with was A.L.I.C.E. (Artificial Linguistic Internet Computer Entity). A.L.I.C.E. is one of the most successful chatterbots in terms of prizes awarded to accomplished humanoids/talking robots. Like most chatterbots, however, A.L.I.C.E. has been unable to pass the Turing Test.

A.L.I.C.E. was turned online in 1995 and still, however outdated, has relevance today as Spike Jonze used it as the inspiration for his acclaimed film Her starring Joaquin Phoenix.

Many will remember the charm of the next AI Chatbot, Clippy. However annoying Microsoft’s office assistant Clippy may have been, it was a fairly useful tool. It may not have been as complex as other chatterbots, as it was simply a FAQ/search engine with more personality.

Clippy is no longer default with Microsoft Office products, but it still can be downloaded if you miss its quirky countenance.

The chatterbots of this time period were about as advanced as A.L.I.C.E. and Clippy, but the chatterbots you see today are pretty awesome.

Chatterbots are all the rage right now. You can’t go to a support page without one popping up and asking if they can assist you via chat. Or even when you’re making an appointment over the phone—most of the time the chatterbot is taking your information for a supposedly faster experience.

The tech is cool, the learning is machine, and the benefits unaccounted. Let’s take a look at a chatterbot who was actually doing what it was programmed to do, albeit in a way that was unwanted.

Oh, look, it’s another Microsoft product: Tay. Tay stood for Thinking About You and it certainly had some interesting thoughts about some of you. Tay was released on Twitter where it would interact with Twitter’s user-base and learn on the fly. The idea was that by interacting with Twitter-people, Tay would, as designed, mimic a 19-year-old female Twitter user.

Unfortunately, Tay became a tinge-bit racist, sent secually-charged Tweets, and was brash, outlandish, and crude to other Twitter users—basically a 21st century, Twitter version of Alex from A Clockwork Orange.

Don’t get the wrong impression—Tay did exactly as it was designed to do and it did it very well. One could say that it just got into the wrong crowd (or that no failsafes for this type of behavior were put into place). Alas, Microsoft pulled the plug on Tay pretty quickly, but they intend to re-release it once all the wrinkles are ironed out.

A less moderated chatterbot widespreadly used today is Cleverbot. Nothing too special about Cleverbot, other than it is just a polished version of A.L.I.C.E. operating and learning through user interactions.

Jabberwacky is basically Tay stripped of Twitter. Jabberwacky will say anything and everything and will amuse you greatly, if given the chance.

Then there are the popular bots like Apple’s Siri, Amazon’s Alexa, Google Now, which hope to become a fully automated way to operate your devices through your voice (and one day learn your habits to make your life easier). While they’re not necessarily chatterbots, they still operate in a similar fashion. Their development is still very much in the developmental stages, and their end goals appear to be the chatterbots of the future.

Where Do Chatterbots Go from Here?

The future of chatterbots is just a refined, utopian, science fiction-y product of everything that has already been mentioned.

They’ll interact with the public doing customer service jobs and automated tasks that humans have done for generations, with the ability to find the most efficient way to do so (they also show up on time, and have an unmatched work ethic and friendliness to boot!).

Imagine being able to say “Hey Siri, make a doctor’s appointment for me tomorrow.” And Siri would talk to the doctor’s office’s chatterbot to accomplish the scheduling. Seems pretty great.

Unfortunately, we’re not quite there yet, but hopefully in the near future chatterbots go from unpredictable to entirely predictable and  efficient. Until the, let’s just enjoy their unique quirkiness.