UPDATE: Supercomputers: Then vs Now

HIPAA: What Does It Mean for Data Centers?

What Are the Possibilities of Big Data Storage? 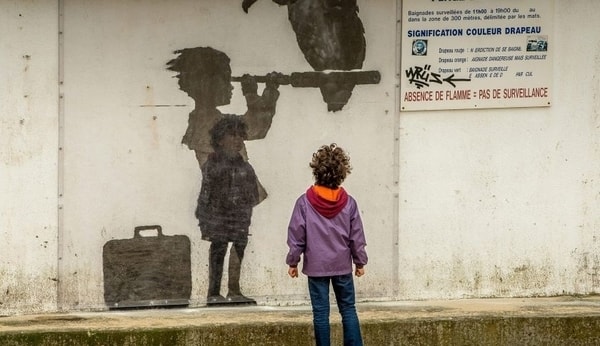 Welcome to the internet, a digital-zoo of anonymity, hopes, and dreams. It’s only here that reputations can be established or ruined at a rodent’s mercy. It’s a method so simple even a monkey could do it. Hence the persistent mailchimp. However, that doesn’t mean the internet is up for monkey business.

Since the inception of Commercial Internet Service Providers (ISPs) in the late 80s and early 90s, the internet has stimulated tremendous economic growth by establishing new markets. As a result, numerous pioneers have laid the foundation by interconnecting communities and cultures by creating social media platforms like Facebook, Instagram, and Twitter. These communal networks have allowed people across the globe to successfully interact, share, and enjoy experiences across the digital spectrum in real time.

These digital arenas have not only created the potential for big markets but also created new enterprises and concepts such as big data. However, with big data comes big responsibility and the even bigger business of big data storage.

How Did Big Data Get so Big?

The internet wasn’t always a big deal. In its beginning it was only used by researchers and those tolerant enough to to learn the complex system. It wasn’t until the late 80s—when it was suggested that the U.S. government share information through “hypertext” on the newly developed World Wide Web—that size does matter was considered.

The British computer scientist Tim Berners-Lee accurately predicted information growth would “grow past a critical threshold” because of the influx of information. Needless to say, he was right.

The scientists called the complication “big data,” a term which has grown in popularity in a short time. However, the idea is bigger than ever. Big data has not only revolutionized the internet, it also spurred innovation in the field of data storage.

How Is All This Big Data Stored?

The World Wide Web’s tremendous growth over the last two decades has lead to a more data driven world. Startups often service millions of robust users simultaneously worldwide. This has lead to an increased demand in storage and a jolt in innovation.

Traditional Relational Database Systems (RDBMS), which were the standard for the internet in its inception, have now become a collapsing technology due to ever increasing demand for big data. Large corporations such as Google, Amazon, and the CIA have adopted new unstructured database frameworks such as NoSQL, which sacrifices consistency and organization for speed and agility.

Hadoop is another technology that has emerged from the bowels of big data. The Java-based open source framework compliments NoSQL distributed databases and allows for the creation of server based software while mitigating cutbacks in performance. As these large enterprises become even bigger there will be an increased demand for better technologies from tomorrow’s geniuses.

However, for now, companies and governments will utilize their data sets to maximize their marketing potential and open doors for opportunists.

Who Uses All of This Data?

With capitalism there are always opportunities and the business of big data is no different. A cluster of markets have been created which have enabled entrepreneurs to cash in big. As a result, big data is currently being analyzed and implemented in many industries of both the public and private sectors worldwide.

Numerous businesses are currently utilizing big data analytics to process real-time trends of their target markets. Companies now successfully marginalize their audience and mitigated costs by only advertising to those who have an exclusive interest in their brand. Supply chain and logistic companies are now able to receive live traffic data which prioritizes routes, increases customer satisfaction, and enhances brand reputation.

In addition, social media platforms are making it a lot easier for their users to get stuck in their digital networks. Big data analytics is assisting with the delivery of the latest and hottest trends/topics. Everything from Donald Trump to crashing squirrels are fair game. If it’s popular, it’s a pop-up. Unfortunately, this has made it only easier for the world to “keep up with the Kardashians.”

The science community has also benefited from big data storage technology. Data analyst tools have been created that have assisted with breakthroughs in social science, evolutionary and human genome research. Big data analytics allows for the processing for huge amounts of DNA data which assists with investigating disease cures, patterns, and origins. Scientists may have even successfully unmasked the elusive street artist, Banksy, using large sets of geospatial data and criminology mathematical techniques.

Its results are allowing crime analysts to decipher data and better assess community needs. Additionally, with the recent influx of police brutality cases, high volume storage for police body cam footage has become a critical bullet point for large police departments to consider in their budgets.

What Does The Future Hold For Big Data?

Big Data and the Internet of Things

Since its inception big data has created tremendous opportunities and developments for not only entrepreneurs but also policemen, scientists, and communists. Its applications will only continue to become paramount in the future of all industries as we become more seduced by the “internet of things (IoT).”

In fact businesses are using IoT at a surprising rate (55 percent surveyed) to collect marketplace / operations data (or planned to within the year).

This just goes to show how the sheer amount of connected devices is making life easier to collect data for businesses. Big data and the Internet of Things is simply the perfect match and businesses are noticing.

Pretty soon your fridge will be able to decide exactly how much milk you need to nourish your famished cats and how many eggs you should purchase every month to satisfy your midnight omelet cravings. These “smart” devices will all utilize big data science and storage in order to make the best impression on its always evolving captive audience.