What Is a Quantum Computer? 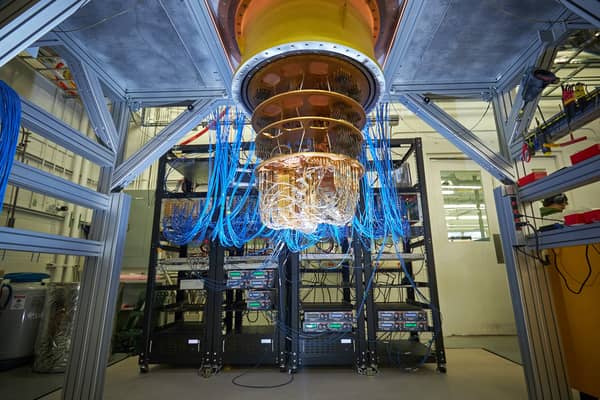 The modern computer age began in 1977 with the introduction of the personal computer. There were only three pre-assembled personal computers that could be purchased that year, which included Apple’s Apple II, the Tandy Radio Shack TRS-80, and the Commodore Business Machines Personal Electric Transactor (PET for short). Today, it would be difficult to count the various computer models with all of the different customizable specifications from the multitude of manufacturers. The smartphones in our pocket would also add to this number. Many individuals, businesses, and governments rely on computers for almost every aspect of communication, but traditional computers could potentially be obsolete shortly with the introduction of quantum computing and quantum computers.

What Is Quantum Computing?

What Is a Quantum Computer?

The term quantum computer is a bit misleading. We associate computers with desktops, laptops, and even our smartphones. All of these devices (even the world’s fastest supercomputers) use the same fundamental rules. A quantum computer is vastly different. A traditional “bit” stores information as a zero or a one. A quantum bit or a “qubit” can store information as a zero and one at the same time.

Quantum computers have the potential to be more powerful than any of the supercomputers in existence. Development and innovation in the quantum computer realm continue to be a focus because of its potential power. The world’s data including banking information, government data, and personal information uses an encryption method that keeps all of this data secure. A quantum computer can easily solve these encryptions, which makes it even more important to look for new ways to encrypt our data. Innovations in quantum computing will not only be beneficial, but these same innovations could be vital to protect the world’s important data.

What Is Quantum Supremacy?

Depending on who you ask, the concept of quantum supremacy may have been proven. In 2019, Google announced it had achieved quantum supremacy in an article published in the scientific journal Nature. It stated that the company’s 54-quibit Sycamore processor was able to perform a calculation within 200 seconds that would’ve taken the world’s fastest supercomputer 10,000 years to calculate. IBM also claims that their supercomputer wouldn’t take 10,000 years, but only two and a half days to complete this same calculation. Notwithstanding the disagreement, many researchers are accepting Google’s claims of quantum supremacy.

Artificial intelligence and quantum computing are both transformational technologies that have endless potential and possibilities. We haven’t even come close to reaching the potential of AI because we are still lacking the technological advancements needed. If we are ever to achieve the potential of artificial intelligence that researchers are hoping to achieve—advancements and innovations in quantum computing will most likely need to happen first. Quantum computers will be able to give the needed boost in computational power that will allow AI to become what we think it could become.

When Will Quantum Computers Be Available?

Researchers are still developing quantum computing technology, but there has been a tremendous growth in the field of quantum computing within the last year. IBM produced a 127 quibit Eagle processor, Google announced quantum supremacy, and Honeywell Quantum Solutions and Cambridge Quantum demonstrated real-time error correction and a breakthrough algorithm, which allows quantum machines to do more substantial calculations with fewer qubits.

A Chinese start-up company called SpinQ first unveiled a commercially available quantum computer in 2011 for $10 million. It has recently announced a more simplified version that will cost about $5000. This is a scaled-down version of the quantum computers found in research labs and universities, but it can give very wealthy hobbyists the means to own one of the first quantum computers in history.

This particular quantum computer desktop weighs in at 121 pounds and uses nuclear magnetic resonance, which traps molecules in powerful magnetic fields and blasts them with pulses of radio frequencies to modify the spin state of individual atoms. This quantum computer also does not use supercooled superconducting magnets but uses permanent magnets that still produce a strong magnetic field.