How AI Will Sort through the Mess That Is Big Data 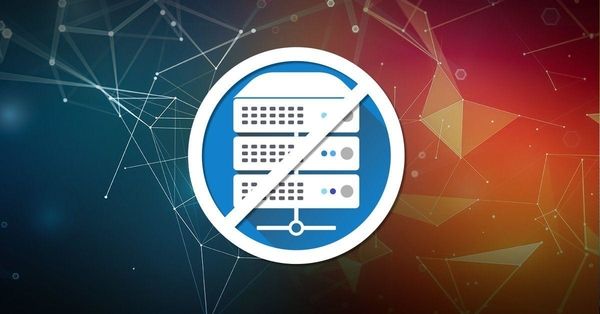 what is serverless computing

Serverless computing is slowly but surely getting the attention of web developers. This type of programming is completely changing the way applications are constructed, distributed, and run. You can build and use apps without thinking about servers.

However, what is the forecasts for the future? Is serverless computing here to stay?

This technology has everything it takes to be a game-changer for many businesses in any industry. So, let’s take an overview of what serverless computing represents, what it brings to the table, and lastly, what can we expect from it in the future.

What Is Serverless Computing?

Serverless computing refers to a model when the cloud provider runs the server.

As you can see, despite its name, the servers still exist. The model doesn’t get rid of the servers. The software exists in the public cloud.

You can build them for almost any type of backend service or application.

What it does is that it eliminates some tasks such as maintenance of operating system, capacity and cluster provisioning, and patching.

There are two types of serverless architecture:

When it comes to the providers of these services, there are the “Big Three” which rule the market:

The Benefits of Serverless Computing

If we are talking about the leaders in this area, it is Amazon. The Register claims that Amazon has 70% market share in serverless computing with their AWS (Amazon Web Services) Lambda.

There are also some other advantages which should be mentioned such as:

Serverless Computing in the Act

For better understanding and direct insight into the serverless computing, take a look at how some of the most influential companies are getting most out of this system.

All these successful companies have opted for serverless computing for a reason. It makes their work less complicated and more efficient. Of course, this doesn’t mean that you have to be a mogul in your industry to use this system. It would be best if you adapted it to your needs.

What Can We Expect from Serverless Computing?

Technology such as this can confront many challenges, but it is certainly expected to grow in the next few years. As people become more familiar with this model and its benefits, they will become more open to using serverless computing.

As it was already mentioned, serverless computing is also known as Functions as a Service (FaaS) or “event-based computing.” The Function as a Service (FaaS) market size is estimated to grow from $1.88 billion in 2016 to $7.72 billion by 2021, at a Compound Annual Growth Rate (CAGR) of 32.7% owing to the growing number of users adopting FaaS due to their easy deployment and execution ability.

To introduce serverless computing and familiarize people with it, hundreds of serverless conferences and workshops have been held over the last couple of years.

What needs to be taken into consideration is that there are still many details that need to be discussed and resolved when it comes to transitioning companies from traditional solution to serverless.

Here are some of the weaknesses to consider:

However, the benefits of cloud computing are still auspicious.

Considering that 69% of IT leaders identified “process automation and transformation” as the primary focus of their digital agendas, according to the 2018 Deloitte global CIO survey, we can expect to see much more of serverless computing.

Serverless computing goes even beyond cloud computing. It is one step ahead. That is why many app developers and business are already making the most out of the serverless model.

It can even change the way you do your business and enable it to be smarter and faster and reduce operational costs at the same time. One is sure; serverless computing is promising to change the software industry as we know it.