The Worst Data Breaches of the Past 5 Years: Part 2

Comparing Dedicated Server Hosting with VPS and the Cloud

There is nothing like starting off your day with a little privacy panic. Recent news suggests that the FBI is asking major Internet companies such as Microsoft (who owns Skype), Facebook, Google, and Yahoo, to not oppose a law that will require them to build backdoors for government surveillance. The FBI general counsel’s office has drafted a proposed law that will make social networking sites, providers of VoIP services, instant messaging and email services to alter their code to ensure that they are ‘wiretap-friendly.’

Why Are They Spying?

This is not a new law by any means. The proposal will be an amendment to the 1994 law called Communications Assistance for Law Enforcement Act or the CALEA. Currently the law only applies to telecommunication providers but with this added bonus, it will include Web companies. This law proposal first came to light in February 2011 when the then-FBI general counsel Valerie Caproni warned that with technology advances the bureau will encounter an issue with “Going Dark,” meaning that, surveillance capabilities may diminish. The FBI claims that the expansion of CALEA to cover VoIP such as Skype, email such as Gmail, and social networks such as Facebook, is not designed to expand wiretapping law but instead will guarantee the wiretap is successful when needed. 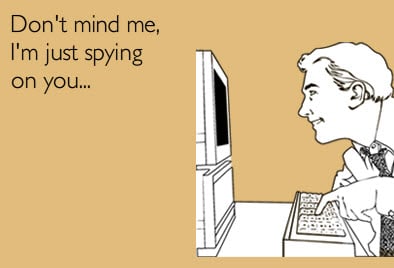 Of course there has been backlash from online companies and VoIP providers. Already major lobbyists are trying to ensure that their clients’ trade secrets and confidential information is not shared with law enforcement. Further, certain industry groups have been lobbying against the expansion claiming that such a change will impose significant compliance costs for traditional and nontraditional communication companies not to mention an invasion of privacy. Either way, the expansion of the CALEA will bring huge backlash from the public and from their favorite Internet companies. Hopefully the FBI will not cause  another SOPA Bill type response, after all, that just caused a legit blackout, talk about “Going Dark.”