What is the Domain Name System or DNS?

How Cloud Services Help the Environment

What Is a Software-Defined Perimeter (SDP)? 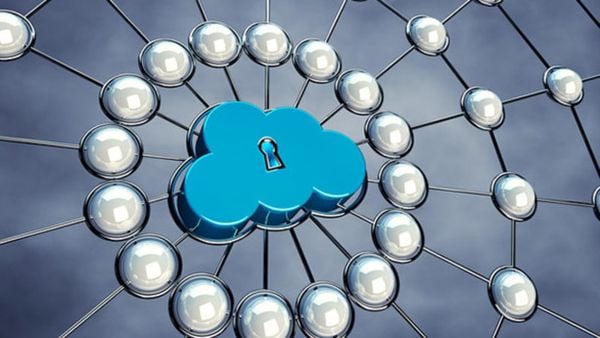 It uses micro-segmentation to install the axiom of least privilege to a network. It eliminates the surface of attack.

It operates around a user’s identity and not a user’s IP address.

Designed for the Cloud

It operates in cloud networks and provides expandable security. SDP Software authenticates and authorizes all endpoints trying to access a particular infrastructure. It also makes unauthorized networks inaccessible. This reduces the surface area of attack by hiding network resources to unauthenticated or unauthorized users.

Network security refers to a boundary between a local and private owned-and-managed side of a network.

What Are the Uses of SDPs?

SDPs have many uses, including:

SDPs can authenticate PCs and laptops, as well as mobile devices and IoT (Internet of Things) devices. SDPs restrict connections from invalid or unauthorized devices.

SDPs prevent individual entities cannot access broad network subnets or segments. So, devices can only access specific hosts and services that are policy permit. This reduces the attack surface of the network. It also prevents vulnerability scanning by malicious software and malicious users.

SDPs Can Connect Anything

SDPs Enable the Control of Access, Services, and Applications

SDPs are adept in controlling which devices and applications can access a given service. This reduces the surface of attack and prevents malicious malware or users from connecting to resources.

How Does a Software-Defined Perimeter Work?

The first component needed to access a resource (entity) or an application is a client. The entity has no DNS entry, which is a significant security feature. So, it remains hidden and has no direct access. Rather, the client is given an agentless or SDP-enabled means of communication with second components.

This is an SDP controller which umpires connectivity between users and IoT devices. The controller contains a limited list of authorized users. It also has a list of registered devices.

The controller understands the security state of the device and who the user is by communicating with the client. This information is then verified by checking it against a roles-based access control. After verification, security certificates are exchanged.

Use Cases of Software-Designed Perimeter

Below are some use cases of SDP:

Perimeter security partners enable privileged and third-party access to systems from any location.

The models of SDP deployment focus on how they structure interactions among gateways, servers, and clients. The main approaches taken when implementing SDP technology include:

Client to Gateway deployment places servers behind an Accepting Host. This serves as a gateway between the clients and the protected servers. The Client to Gateway is also deployed inside an SDP network to minimize lateral movement attacks.

Client to Server to Client Deployment

Client to Server to Client deployment depends on a P2P (peer to peer) relationship. Clients can use the P2P relationship for applications, including video conferencing, chat, and IP telephony. In this implementation, the SDP obscures the connecting clients’ IP addresses. The server acts as an intermediary for the clients.

Server to Server deployment use servers that offer any of these applications to communicate between the initiating host and the accepting host.

In contemporary society, there are inadequacies of up-do-date perimeter designs. Companies have been exposing their services, including APIs, RDP, and HTTP/S. Even with added layers of security; hackers can still bring down or infiltrate services through security attacks.

SDPs are capable of preventing such attacks by preventing unauthorized access. They maximize user’s security by enhancing security through their premier technology center. SDPs also obscure services online until it is necessary to allow users to access the service.

Well, what are you still waiting for? Get and SDP today and change how you expose your services. Remember, if hackers cannot see you, they cannot hack you.