The power requirements of Data Center play an essential role in its designing, and it helps in managing the optimum utilization of power. Inefficient and inaccurate Data Center Power Design is one of the primary reasons for total power failure.

When the failure in the design causes loss to the company, the company realizes the importance of the design element for the Data Center. Therefore, at the time of designing the Data Center Power System, even those elements that seem to be innocuous need to be considered.

These innocuous elements tend to have a significant impact on the proper and accurate functioning of the Data Center. Few widespread mistakes are witnessed while designing Data Center Power Infrastructure.

Suppose your team is working on an important project and is developing the project in phases with many members are collaboratively working on it. Suddenly, the power goes down, and the entire project is stopped. The potential and degree of loss incurred can be traced during such a scenario. Impeccable damage occurs due to the negligence of the power facility while designing the Data Center.

To ensure continuous power supply without any failure, redundancy calculations would lead to the adoption of power that is twice or thrice the required capacity. However, even during the peak workloads, the server CPU is utilized maximum by 50%. Hence, installing a high power server system would be inefficient due to its underutilization. 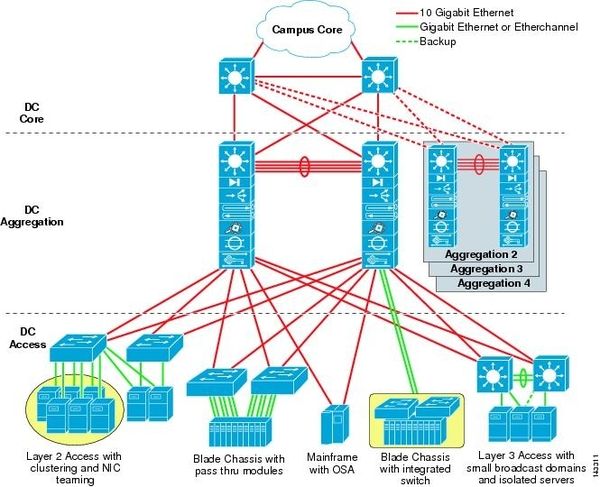 You need to study the historical data of power consumption and its trends to determine your optimum power requirement. Even if, you need to go with the nameplate power rating, you need to have a provision for automatically switching the generators on and off.

It will help in utilizing the diesel backup generators within an optimum efficiency range and assist in managing the costs. Accurate estimation of the data center power capacities is therefore essential to make sure that the system is not underutilized and at the same time, it should not be overloaded.

A transfer switch helps in transferring the power from the utility power to the backup generator. You need to disconnect the neutral terminal if you employ four-pole circuit breakers or power contractors for the transfer of power.

The UPS system adopted currently needs an input-neutral connection that enables it to be transformer-less. Floating neutral is created when the generator starts, and the UPS does not have any neutral terminal for reference. A floating load is developed due to this floating neutral, and this leads to tripping or server freezing.

The solution for this is to use an automatic transfer switch that has an overlapping neutral mechanism and will safeguard the system from tripping.

The components of the data center power design can be chosen incorrectly with an under or overestimation of the power load. Most of the current generation servers have leading power factor value, and this makes them pull leading current. However, in case of the base angle of current and voltage, the current requires a voltage value.

Hence, the choice of the materials used for the data center power equipment is to be selected accordingly.

4. Poor Cabling between Server and UPS

You need to consider the values of peak harmonic distortion and derive the cable heating that might occur during such times and then select a cable. If the initial requirement states to have a 100 sqm cable at regular server performance, you need to select at least a 130 sqmm cable that will ensure the cabling does not fail and shut down the system.

The neutral current that comes back to the UPS from the server is double the phase current. Hence, to ensure that the setup does not explode or gets overheated leading to its failure, the neutral cable should be double in size than the phase cable.

5. Failure Due to Excessive Load on a Single Point

Many times, you end up connecting multiple components to a single point in the power line, and this leads to a complete power failure during overloading or another malfunction. If the systems that have high power requisites are connected to a single Power Distribution Unit (PDU), then all the systems would stop functioning if the only single point source of power fails or breaks down.

To overcome the problem of failure at a single point connection, designs that have two PDUs which are connected to the server in dual bus architecture can be adopted. This would ensure that if a single PDU fails, then the other PDU would play its role and the system will not be shut down.

Keval Padia is a CEO of Nimblechapps that provides mobile and web app development solutions from startup to enterprise level company. He follows different tech blogs and current updates of the field lure him to express his views and thoughts on certain topics. He's an avid blogger and writes on startup and business mobile app, app marketing, app development, mobile technologies and all the latest technologies like Angular, React, Ionic, AI, and AR.
Share Post:

Our Team is Standing By
The 5 Most Common Data Center Power Design Mistakes was last modified: April 19th, 2019 by Keval Padia