What’s up with the Data Center Fuel Cell Revolution? 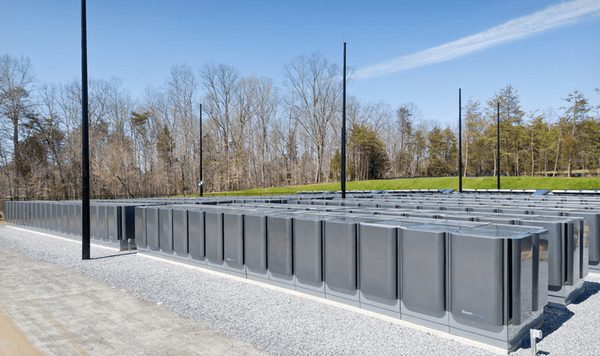 Creating a data center that’s completely independent of the power grid has been the dream for a while now.
In fact, we even wrote a little piece on how fuel cells were going to revolutionize the data center industry back in 2015.
Two years later—have they? What’s the scuttlebutt? We wanted to know and figured you did too.
In short, more and more companies are jumping aboard fuel cells powering their data centers, but the big, lingering question still remains: Cost.

It’s all about money and using crazy science to power our Internet is pretty expensive, but that’s not stopping anyone.
Quickly, before we start, if you don’t know about fuel cells, here’s a brief overview (and if you don’t like reading, watch the video below and you’ll be all caught up).

What is a Fuel Cell?

Basically, fuel cells take some type of fuel—in context, it’s usually a natural or bio gas—and mix it with oxygen. Then they run the two through a chemical reaction to create electricity. Think of it as a battery which generates energy rather than storing it (i.e. the fuel cell has battery-like qualities such as an anode, a cathode, and an electrolyte).
There, now you’re all caught up. Let’s get onto the meaty parts!

How Rapidly are Fuel Cells Being Adopted in the Data Center Industry?

If you read our previous article, you know we centered most of the talk around Microsoft (as they seem to be doing the coolest things with data centers these days).
That really hasn’t changed. They’re still at the forefront of most of the data center fuel cell talk.
Their design has a box the size of a mini-fridge on top of each rack. Inside that box is a fuel cell which powers the rack.
This design will improve the efficiency of their data centers because it generates the electricity nearby instead of transporting from a far-away power plant.
Microsoft insists this will cut the cost of expanding and growing data centers but eliminating that nasty carbon emissions (which will in turn save Microsoft a ton of money).
They’re doing this trial in Seattle, but if their estimates turn out to be true, they might go all out—depending, of course, on whether or not the cost of fuel cells go down. If they do, Microsoft engineer Sean James says that not only could data center fuel cells “allow future data centers to someday unplug from the power grid entirely,” but it could save the company hundreds of millions of dollars.
Cost, however, was one of the main concerns when we wrote about this prospect previously. Unfortunately the costs are pretty high, but some manufacturers have sniffed out the potential cash-grab that producing data center fuel cells could spell for their business and have started the process of making them more affordable.

How Goes the Production of Data Center Fuel Cells?

Back in 2015 a company called Redox had the most advanced fuel-cell-tech for the cost. But that might have only been because other companies didn’t enter the market yet.

Redox is still in the game, but data center giants like Equinix have paired with some other providers (we’ll get to that shortly).
The most interesting brand-name in the game, however, is Daimler.
Yes, Daimler. You might know them for a little vehicle brand they own called Mercedes-Benz.
Like Microsoft, Daimlerhas also noticed the usefulness of fuel cells for data centers, this after working on them for years in regards to their vehicles.
In fact, Daimler claims that Hydrogen is the key to reducing CO2 emissions by the year 2050.
In that same study, they quote the Natural Resources Defense Council (NRDC) saying that data centers in the United States will produce 100 million metric tons of carbon pollution per year by 2020.
Which is shocking, but not really considering data centers make up for 1 percent of the worldwide power consumption.
That doesn’t mean, though, that nothing should be done about it—and that’s what companies like Daimlerand Microsoft plan to do with their vision of a fuel cell powered data center.
For a much more detailed vision of Daimler and Microsoft’s plan, read this Network World article here.
Now, let’s get back to when we mentioned Equinix, one of the world’s largest data center companies. They’ve partnered with fuel cell manufacturer Bloom where fuel cells will be installed at 12 Equinix data centers across North America.
The fuel cells installed at these locations will supply 37 MW of power in regards to a 15 year purchase agreement.
The agreement, according to Equinix, is the largest deployment of fuel cells in the data center industry to date.

What Does the Future Hold for Fuel Cell Powered Data Centers?

Depending on the success (or failure) of Microsoft and Equinix’s experiments, fuel cells will either take off or be pushed to the side (what a boring analysis, right?).
That’s just the way it’s going to go. If you’re asking this writer, I think it’s going to do well and as with everything, once it saves one giant company money, other companies will want to follow suit and we’ll have a giant fuel-cell powered snowball plowing through data center aisles across the globe.
We’ll keep you updated.