Revolutionizing Healthcare with IoT: Turning the Wheel in Motion

How Artificial Intelligence Will Be Beneficial for Overall Humanity & Technology in This Digital Age! 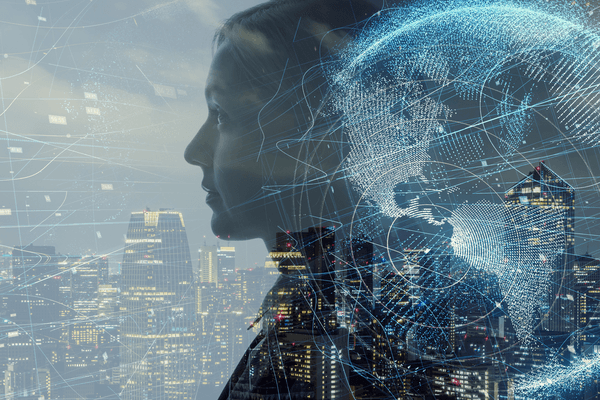 Artificial intelligence is the most debated technology of the present era. There are two distinctively opposite approaches about Artificial Intelligence, the technology of the future. One method believes that AIis nothing but a medium that would take humanity to the next level of progress and innovation.

Whereas, the other approach, equally overwhelmed by the idea, originates from the fear of the unknown future. It revolves around the fear that the technology of AI is going to overrule human world. AI, according to this approach, will eventually replace human beings because of its exceedingly overpowering nature competing with comparatively weak human capacities and features. https://www.youtube.com/embed/xH_B5xh42xcBoth of these perspectives are based on valid reasoning, and we cannot wholly deny either of them without critically analyzing both the approaches. Here is a quick detail of how these approaches are formed. Examining the formation may help us formulate a perspective that would have an inclination towards either of the statements and clarify what the future of AI holds.

Progress and Innovations with AI

The first approach believes that AI is going to be as beneficial and progressive technology for the human race. This approach is derived from the hope of a better future that is associated with AI. AI has progressed miraculously in the last few decades and has brought change in almost all the significant domains of life. These drastic changes that humanity is experiencing right now is nothing but the mere beginning of the demonstration of potentials that AI possesses.

Scientists and AI experts know that the technology that has been developed with the help of AI is just a start and there are too much that is still to be explored. AI, machine learning, and deep learning can be implemented in many areas where it can practically boost productivity beyond human imagination. It is currently providing mind-blowing results in areas as complex as logo designing. Humanity could never imagine this level of progress in the past.

Now, if this is the progress of AI up until now and many people are hopeful about the future of AI, what makes some people see AI as something harmful to humanity?

The Threatening Future of AI

The idea that AI is a technology that is beyond human imagination is the reason that scares so many experts. This approach is an outcome of sheer fear of the unknown potentials of AI. No one can tell what future of AI holds and where the extraordinarily advancing AI technology is going to lead.

Whether it would stay under the dominance of human beings and serve the humankind with its outstanding assistance, or is it going to surpass humanity. These are the questions that cannot be answered right now.

However, the powerful influence of AI leading to a complete revolution of many domains including agriculture, marketing, education, and designing, is outstanding. AI appears to be a positive technology in most ways, but at the same time, the advancement is astonishing to the extent that it is scary.

Principles to Use Artificial Intelligence

However, these threats of AI’s efficiencies replacing human intelligence and idea-building characteristics can be regarded as mere suppositions for now, and we can put energies in observing the positive aspects of the technology. That is because AI’s influence is seemingly positive and helpful for humanity up until now. Moreover, experts and scientists have set needed principles on the development of AI to avoid any negative impact on the future of humanity.

For instance, there are a few Laws of Robotics that are followed by all the scientists and AI experts to resist any human loss at any level. These policies and laws give human beings hope that AI will be kept to act responsibly and would not take over the human world. Humanity can prosper with AI to new dimensions with a controlled development of the technology. Here are some proven examples of how AI can revolutionize the human world.

Artificial Intelligence is actively influencing the domestic as well as commercial domains of the human world. Different AI driven applications offer help to professional businesspersons, educators, marketers. Other AI-driven machines can assist a chef in blending food ingredients with perfection, and some can be a guide for a disabled person who wants to Google a query.

The thought of making AI a part of our daily every day lives may be an idea that would overwhelm most of us, but the reality is that AI is already becoming commonplace in most corporate and domestic sectors. Here is a list of features that allow AI to slip into almost every industry, blend with its system, and help it progress rapidly.

Artificial Intelligence can provide humans a great relief from doing various repetitive tasks. The technology can learn the work once and repeat it as many as desired by its human programmer. Automation of different tasks reduces the workload from dull and repetitive tasks. It has replaced many labor level jobs and has lessened the operational costs for the industries. Moreover, automation has increased the productivity of the industries by decreasing the time consumption for the tasks, as AI-powered machines are error-free, efficient, and fast.

AI is capable of dealing with complex tasks without needing regular human supervision. It can take care of multiple functions simultaneously. For instance, an AI-based system that is designed to shortlist candidates for an interview by reading their CVs can also send emails to call communicate the interview date and time.

The whole task would be effectively performed without any human intervention.

AI is exceptionally good with estimation and prediction mainly because it can memorize large data entries without any mistake and make its own decisions based on the past patterns that it has recorded. For instance, an AI-based website can guide a potential customer on an online shop with the help of its recorded history of different clients and buyers. Moreover, an AI-based weather forecast system is considered more reliable than human forecasting. That is because AI is more efficient when it comes to noticing details and identifying signs by matching them with large amounts of data records.

Machines that are integrated with AI are highly efficient. The assurance of error-free productivity is 99.9% in the case of AI systems because, unlike human beings, they do not forget. Moreover, AI is better at aiming its focus and staying with it throughout without distracting. The system responses to change with incredible speed and proficiency. These characteristics are highly advantageous for human world’s evolution to a more advanced system.

Having an overview of a few features of AI allows vivid understandings that point towards the progress of AI that would lead humanity to new successes. However, the same preview of development reveals a prospect of the future where the highly progressed AI dominates the human race.

At one hand, human beings are ensuring protection from the negative impacts of AI by imposing functional laws. On the other hand, the scenario is too happening that the idea of moving forward with prepared and thoughtful rules seems absurd.

Coming up with any conclusion that would side with any of the approaches that we discussed, in the beginning, would be too early in such a situation. We will have wait for the future to unveil the truth as even the experts have not concluded in this regard.

Jessica Ervin is a professional UI UX designer & passionate tech blogger with enthusiastic writing skills. Jessica is a brand researcher as well, She is currently working Design Iconic by which you can easily design your own logos & download it, having a good reader Jessica is contributing to the Technology, Artificial Intelligence, Augmented Reality, VR, Gadgets, Tech Trends and much more. Jessica’s experience has given her an insight of UI UX designing & writing skills and became a conventional contributor.